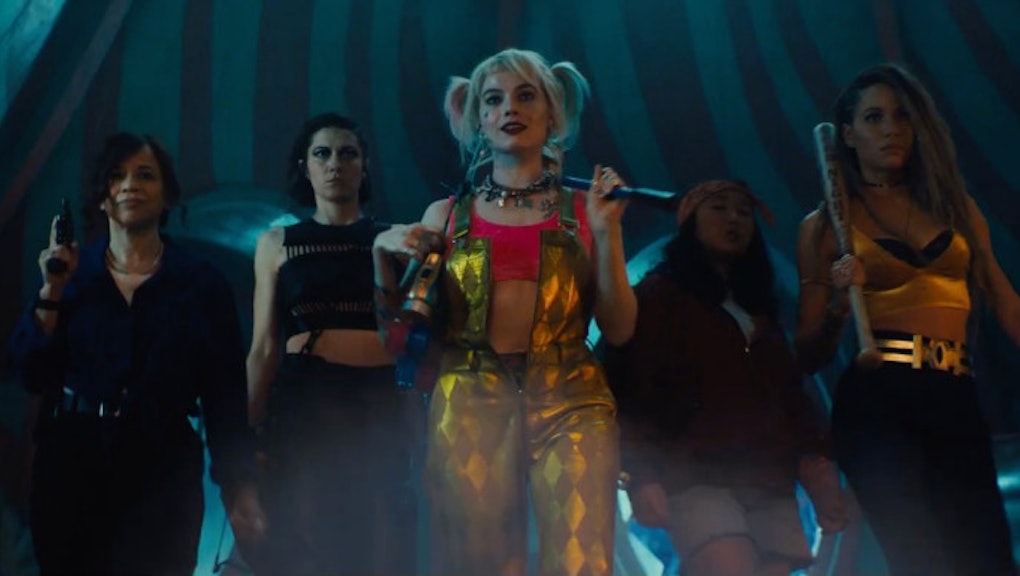 'Birds of Prey' deserved better than its half-baked rollout

Birds of Prey: The Fantabulous Emancipation of Harley Quinn was an incredibly fun movie. Margot Robbie reprised her role as the psychologist-turned-supervillain, and the story begins after Quinn and the Joker finally broke up. That’s the first gift of the film: Jared Leto’s unsettling and underwhelming Joker is nowhere in sight.

The downside of Quinn’s breakup is that she no longer has the protection of Gotham’s Clown Prince of Crime. This opens her up to retaliation to everyone who Quinn has wronged. Given that she operates on an axis of chaos, this is a lengthy list. At the top is Black Mask, portrayed by an excellent and demented Ewan McGregor, and his sidekick, a groveling bleach blonde Chris Messina as Victor Zsasz.

Over the course of the film, Quinn teams up with Black Canary (Jurnee Smollett-Bell), a cabaret singer with an excellent roundhouse kick, Huntress (Mary Elizabeth Winstead), a socially awkward assassin hellbent on revenge, Detective Renee Montoya (Rosie Perez), who talks like a 1980s sitcom cop, and a kid named Cassandra Cain (Ella Jay Basco), a pickpocket a little too good at her job.

This crew of women could have become a cheesy “This is empowerment” style trope, catered to paying lip service to the idea that “women are superheroes.” That didn’t happen, which was the second gift of the film. The characters instead remained messy enough to be interesting, violent enough to be cool, and funny enough to feel real. Harley Quinn, a self-indulgent and messy villain, thankfully swapped out the hot pants, fishnets, and bra top for clothes that were focused less on sex appeal and more on personality.

That didn’t mean the movie wasn’t sexy; Black Canary, Quinn, and Huntress’s legs were choreographed into lethal weapons, whipping across the screen and stretching to unimaginable distances as they caved in the heads of Gotham’s beat cops and lowly criminals. There’s one fight scene that features Quinn’s signature baseball bat, a brick of cocaine, and police evidence locker room, and it is not only one of the best action scenes in the extended DC Universe, it also showcased everything that is hot about Margot Robbie.

None of these factors, which weren’t included in the colorful and well-soundtracked marketing campaign, could prevent the movie from having a disappointing opening box office weekend in the United States. The film only grossed $33 million domestically, which is one of the lowest showings for a DC film. Birds of Prey had a slightly stronger showing internationally, grossing an overall $81 million, earning back its entire budget the first weekend. Unfortunately, making a superhero universe movie comes with the expectation of hundreds of millions, and sometimes even billions of dollars in profit for the studio.

Industry insiders told The Verge that this largely has to do with several bad decisions relating to the rollout of the film. The Birds of Prey title didn’t feature the name, Harley Quinn, for starters, so it wasn’t clearly translated to potential audiences that this was a movie about Quinn, and somewhat of a sequel to Suicide Squad.

The second factor for the domestic flop has a lot to do with the fact the best elements of the movie weren’t shown in trailers. The studio didn’t release any red band cuts and therefore Birds of Prey seemed like it would be filled with colorful fluff — of which there was plenty — but there was also drug use, knifing off of faces, and entirely too realistic scenes of knee caps being broken in every direction. It was awesome and what made the Birds of Prey feel special.

To address the flop, studio executives have decided to change the name of the film to Harley Quinn: Birds of Prey, hoping that people will be able to better recognize that the movie is a Harley Quinn film at movie theaters and in search engines. Birds of Prey, like so much of the internet, just became a victim to search engine optimization.

What’s most unfortunate about all of this is that studios are likely to take this underwhelming performance as guidance to not continue green lighting these types of films. Birds of Prey centered on complicated women who simultaneously were sexy and didn’t cater to the male gaze. Much of that because women were also behind the camera. Director Cathy Yan (Dead Pigs) successfully mashed elements of a breakup comedy, coming of age story, and superhero action into Harley Quinn’s first solo movie. Margot Robbie’s production company, LuckyChap Entertainment, was behind the movie — it is why Yan was the director and Christina Hodson wrote the script.

A movie led by women — including a gay character and two women of color — is already a rarity in Hollywood. The agency they’re given on-screen even furthers Birds of Prey’s unicorn status. This is the result of women who wrote, directed, and produced the movie, another uncommon occurrence. But without the box office millions and billions that have come to be expected from higher budget franchise films, it might be something that won’t happen again — at least not for a long time. And that’s a loss for audiences everywhere.

Women should be able to fail, suck, and disappoint — on-screen and off — with the same frequency and bravado that men do, and then be given more chances.

More like this
10 sports documentaries to get you fired up ahead of the Olympics
By Emma Sarran Webster
“A.I. is actually the fastest path to communism,” and other thoughts from Grimes that make no sense
By Rafi Schwartz
Harry Styles, king of gender neutral style, is working on a line of cosmetics
By Kara Weisenstein
Stay up to date