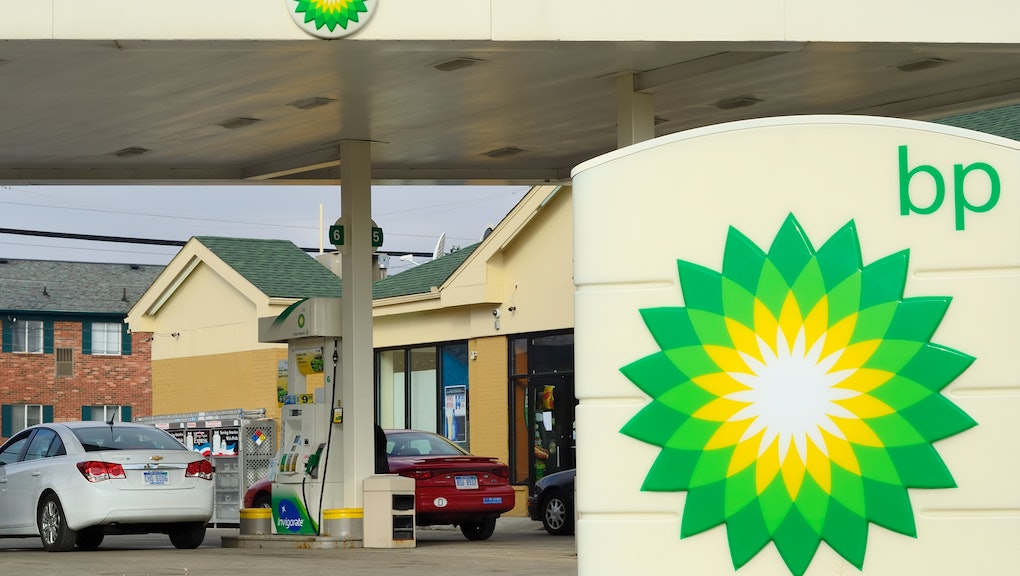 BP says it will be carbon neutral by 2050

BP is no stranger to massive cleanup efforts, and the latest mess in need of a good cleaning is its own reputation. Back in February, the oil giant announced that it would set a goal to become carbon neutral by 2050. This week, the company got more specific, laying out its early roadmap to reach that goal. According to a press release from BP, the company intends to cut oil production by 40 percent over the next 10 years.

As part of BP's race to eliminate its reliance on fossil fuels, the company claims that it will pursue a 10-fold increase in "low carbon" investments by 2030 and will partner with between 10 to 15 cities to lessen their reliance on dirty-burning fuel sources. The company also said that it would not seek to expand oil exploration in new countries, and would lower its overall oil production, which it projects will result in a 30 to 35 percent drop in the amount of emissions the company is responsible for producing by 2030.

“Energy markets are fundamentally changing, shifting towards low carbon, driven by societal expectations, technology and changes in consumer preferences. And in these transforming markets, bp can compete and create value, based on our skills, experience and relationships,” Helge Lund, chairman of BP, said in a statement.

To BP's credit, it appears to be the first fossil fuel company to not only pledge to go green, but actually lay out a plan to achieve that goal, with checkpoints along the way. When the company first announced its mission to go carbon neutral, it was met with a considerable amount of skepticism. It wasn't the first gas and oil giant to claim to care about the environment, and it took the same path as many of its industry peers by making a pledge without clearly showing the work that would be done to make it happen. The press release published this week works to address that. Andrew Grant, head of oil, gas, and mining at the Carbon Tracker Initiative, told Inside Climate News that the promise to cut back on oil production makes BP “unquestionably the industry leader” in going green.

One would hope that BP's motivation to shift its priorities away from oil and to more sustainable forms of energy would be driven primarily by the fact that the company has been one of the biggest polluters in the world. According to a report from the Climate Accountability Institute, BP is the sixth-biggest individual contributor to greenhouse gas emissions since 1965, and the third-biggest polluter among investor-owned companies. BP was responsible for an estimated 34 billion metric tons of carbon emissions over the course of the last half-century.

However, it seems like BP's motivation is less driven by doing the right thing after years of doing the wrong thing and is instead just an opportunity to get richer. BP had a terrible earnings report on Tuesday, telling shareholders that it lost $16.8 billion in the second quarter, in large part due to the coronavirus pandemic. That same day, though, the company made the announcement that it would start shifting away from oil and other carbon-emitting fuel sources. The result? Even as the company took a record loss, its stock price went up. The plan to profit off its pivot to clean energy is even laid out in its press release, where it announces a commitment to provide stockholders with seven to nine percent annual growth. That is more achievable than ever as wind and solar become more affordable alternatives to some dirty-burning fuels.

BP may finally be doing the right thing, but it seems its motivation hasn’t changed.