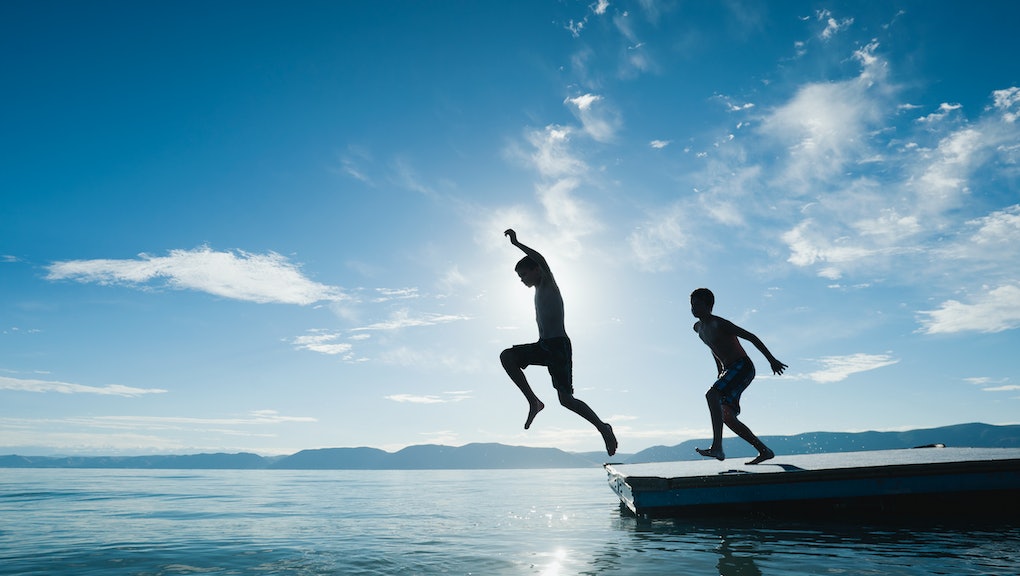 Brain-eating amoebas are horrifying but rare. How scared should I be?

Every once in a while, news surfaces of someone dying by infection from a brain-eating amoeba. The latest case in this unfolding American horror story happened in Lake Jackson, Texas; six-year-old Josiah McIntyre died on September 8th after being infected with the parasite he ingested from playing in water outside his home. McIntyre’s death is truly a tragedy, but the click-bait headlines his death has induced feel a little alarmist. Yes, we get that the illness that these amoebas can cause is rare and deadly, but that’s all most of us know. How worried do we actually need to be about brain-eating amoebas?

Not very, fortunately. “Amoebas can be found in a variety of areas around the world, but the amount of infections are actually quite rare,” Giuseppe Aragona, a primary care physician and medical advisor at Prescription Doctor, a telemedicine practice, tells Mic. “That's why it makes the news when it does happen.” In other words, stories about brain-eating amoebas wouldn’t actually go viral if they killed people everyday. We would just get used to them. Like COVID-19 or gun violence.

The parasite that killed McIntyre is called naegleria fowleri, and while it can be found all over the U.S. in swimming pools, lakes, rivers, particularly in the southern states, it’s unusual for it to make it into the drinking supply. It is not believed that they can survive the purification process in an effective municipal water treatment system, and the amoeba itself isn’t really dangerous to us, even if you do drink it. It has to get all into your brain to cause real damage.

That’s why you can’t contract primary amebic meningoencephalitis, the brain infection caused by naegleria fowleri that killed McIntyre, by ingesting contaminated water through your mouth. “The nose is a direct path to the brain, so if the amoeba does get to the nose it can go straight to the brain,” Aragona tells Mic. This amoeba usually eats bacteria found in freshwater, but, yes, it will eat human brains if there’s no other food source.

And even if naegleria fowleri does get into your head, it doesn’t always cause disease. Doctors are still trying to figure out why some people get sick and others don’t.

While extremely sad, McIntyre’s situation is super rare — only 10 people have died from contracting an infection from this type of amoeba in the past 10 years, according to the CDC. “It is very sad that something like this has happened, but if you follow guidelines you will be okay,” Aragona adds. If you suspect that your water is contaminated, boil it before you ingest it or bathe in it — and definitely don’t let it get in your nose.

These kinds of parasites are one of the reasons so many people think that using neti pots — a.k.a nasal douching to clear congestion sinuses — is dangerous. Basically, anything you put up your nose has access to your brain, so if you put parasite-infected water up your nose, you could get sick. If it makes you feel any better, naegleri fowleri apparently can’t get into your brain through your ears. Your ears have somewhat of a watertight seal in them, so you can forget that particularly gruesome nightmare scenario.

But what about people who still want to use their neti pots? “It is safe to do if you boil the water before use,” says Aragona, but adds that the water should cool before you put it into your body. Using hot water to clean the inside of your nose may kill any parasites in the water, but it can also damage your insides, including your nose and mouth, Aragona says.

All that being said, the water is safe enough in most places, so the majority of people who get infected with amebic meningoencephalitis get it from swimming in freshwater. When swimming in water that may have parasites, you can avoid naegleria infection by holding your nose and not disturbing any sediment in the water. That means no jumping or splashing, alas.

Officials in Texas suspect that McIntyre was infected by playing in a public fountain or with the water hose at his home, but again, it is extremely rare for naegleri fowleri to get through sanitation systems. Lake Jackson is currently investigating how this happened and, for now, residents are under a boil water advisory for at least 60 days until they figure it out and clean up the water.

If you’re really worried about getting sick from this parasite — and I wouldn’t blame you since apparently anything could happen in 2020 — keep an eye out for the symptoms, which are headaches, fever, nausea, vomiting and a stiff neck, Aragona says. These symptoms are similar to the flu, but unlike the flu, most cases —144 out of 148 over the course of over 40 years — are fatal. Patients who are infected need treatment within hours to survive, according to the CDC. So your best course of action is to do what you do when you smell a Trumper and just hold your nose.