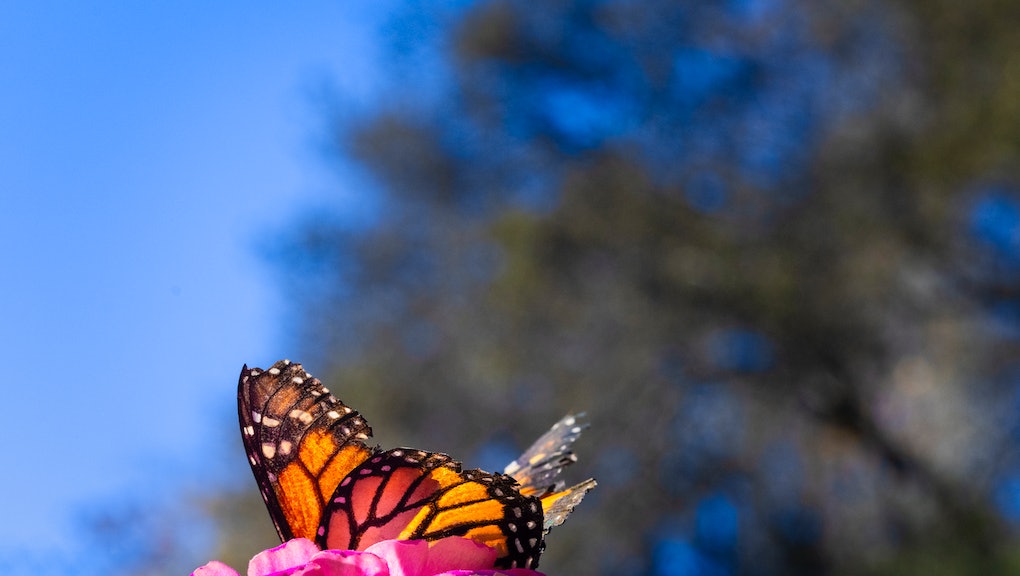 The “butterfly effect” usually means that some small, seemingly insignificant happening leads to a nonlinear series of events, resulting in something major or catastrophic. In this case, it's a lot more direct. Climate change, a result of humans emitting mass amounts of greenhouse gas into the atmosphere, is causing the planet to warm. That change, according to new research published Friday in the journal Science, is causing a rapid decline in the butterfly population — which could have devastating consequences for our ecosystems.

The study focused specifically on butterfly populations in the Rocky Mountain range, tracking the total number of butterflies across more than 450 species, observed at 72 locations spanning the western part of the United States. Researchers found a 1.6 percent reduction in the total number of butterflies each year since 1977 — a nearly 70 percent cumulative decline over the last four decades.

While the observations are limited to just one part of the country, researchers warned that the findings are in line with data recorded elsewhere. In 2018, conservation organization Xerces Society revealed that the monarch butterfly population in California had dropped by 97 percent from the 1980s. Similar observations have been made in Europe. According to a study published earlier this year in the journal Proceedings of the National Academy of Sciences found that butterfly populations have declined by 50 percent in the United Kingdom since 1976, and a similar decline occurred in the Netherlands in the last three decades.

“You extrapolate it and it feels crazy," Matt Forister, a biology professor at the University of Nevada and lead author of the recent U.S. study, told The Guardian. "But it’s consistent with the anecdotal ‘windshield effect’ where people aren’t spending time cleaning insects from their car windshields any more."

While there have been a variety of theories floated as to what exactly is the cause of the rapidly dwindling butterfly population — some attribute it to more challenges during winter migration, while others point to the loss of habitat and food sources — the issue really boils down to climate change. The study focused on butterflies in the Rockies found that plants dry up faster at the end of summer as a result of hotter and drier conditions, which limits butterflies’ access to nectar. This makes it harder for the creatures to prepare for the winter months, and those that do survive the cold are in worse shape when the weather warms up again.

Losing butterflies is about more than missing out on those familiar visual markers of springtime. Butterflies are plant pollinators, which makes them crucial both for sustaining essential ecosystems and for producing crops that humans rely on. During their larvae phase, they also eat insect species that, if not controlled, could damage plant populations. Less thrilling to the butterflies, they are also an essential food source for birds and other wildlife, and their shrinking population will make key nutrients for those animals harder to come by. All in all, this news marks yet another dangerous effect of climate change on our future.