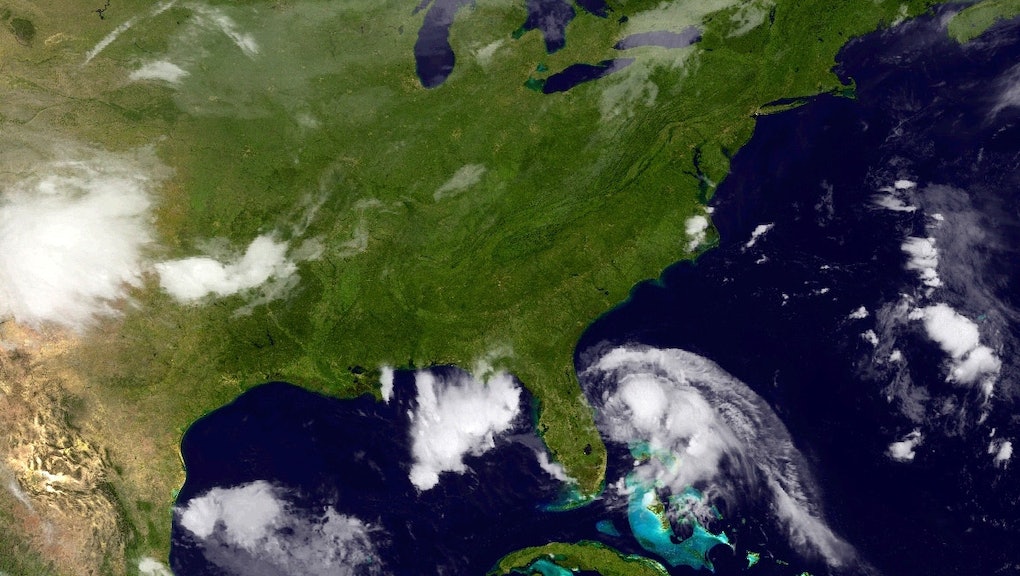 The Gulf Stream is weaker than it has been in 1,000 years. That's bad news

The Gulf Stream is one of the most important forces on Earth that you will never see. This powerful ocean current brings warm waters from the Gulf of Mexico into the Atlantic Ocean, carrying them past the east coast of the United States, all the way to western Europe, influencing the climate along the way. But, thanks to the climate crisis, that might be changing. A new study published in the journal, Nature Geoscience, warns the current is weakening, which could lead to devastating consequences.

Scientists started measuring the Gulf Stream, known formally as the Atlantic Meridional Overturning Circulation (AMOC) in 2004, but they were able to use “proxy data” (everything from ship logs, to records of ice cores, ocean sediments, and corals collected over time) to reconstruct the behaviors of the waterway dating all the way back to 400 AD, a press release announcing the findings explained. Through this method, they found that the AMOC is experiencing a rapid decline in the strength of its current, and the Gulf Stream is now at its weakest state in the past 1,000 years.

The Atlantic Gulf Stream holds a considerable amount of influence in the climate along the east coast of the U.S., Canada, and western Europe, and can affect the weather as Africa's western coast. This keeps temperatures in these areas warmer during the winter months and helps to cool and regulate heat during the summer. In the press release, Potsdam Institute for Climate Impact Research (PIK) scientist Stefan Rahmstorf described the Gulf Stream as a "giant conveyor belt" that brings warm surface water north while sending cold, deep water back down south. He noted that the current moves 20 million cubic meters of water per second — about one hundred times the flow of the Amazon River.

Rahmstorf said that the currents first began to decline following the Little Ice Age era, which ended in about 1850; the “more drastic” decline started around the mid-20th century, leading to the ultimately unprecedented weakening we’re seeing today. Unsurprisingly, all signs point to human-caused climate change, what with its increased rainfall and melting ice sheets, as the culprit — and researchers like Rahmstorf are sounding alarm bells.

“If we continue to drive global warming, the Gulf Stream System will weaken further — by 34 to 45 percent by 2100 according to the latest generation of climate models,” Rahmstorf said. “This could bring us dangerously close to the tipping point at which the flow becomes unstable.”

As a result, researchers say we could see rapidly rising sea levels on the U.S. east coast, more extreme and intense weather events in Europe, a rise in extreme heat waves, and a decrease in summer rainfall. While it may be hard to measure exactly what kind of damage may be brought by the slowing of this essential current, it seems certain that we would be better off addressing climate change in a meaningful way now rather than risk finding out later.

This article was originally published on March 4, 2021