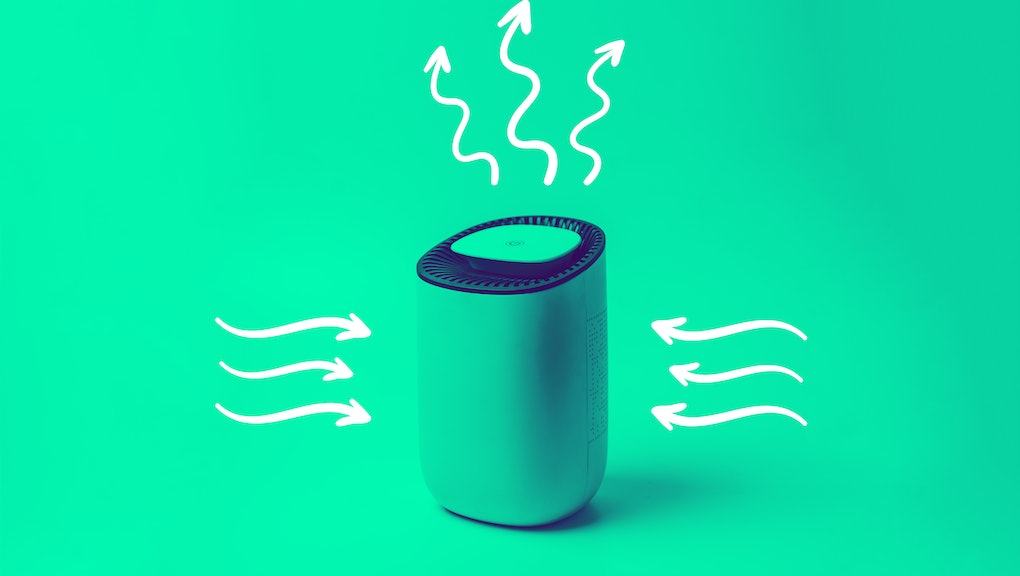 Can air purifiers filter out coronavirus? Separating fact from fiction

As the COVID-19 case count continues to swell, people are understandably on high alert, with many embracing a “try-anything” approach to protecting themselves. Some companies seem all too willing to capitalize on this vigilance. Lately, some air purifier manufacturers have implied that their products can filter out the novel coronavirus, promoting their use in medical facilities to curb its spread, and in hospitals treating infected patients. But can putting an air purifier in your home really prevent you from getting coronavirus?

The short answer is, no. Basically, the respiratory droplets believed to be the main culprit for virus transmission would fall out of the air and onto surfaces before a purifier would even have a chance filter them out, Robert Laumbach, an associate professor at the Rutgers Environmental and Occupational Health Sciences Institute, tells Mic.

Here are the details, though: The virus-laced respiratory droplets, which an infected person spews out when they sneeze, cough, or speak — and others could inhale — are “a major concern for transmission,” Laumbach says. “But these particles are thought to generally fall out of the air over short distances and within six feet.” Once they fall out, there’s no longer a risk of inhaling them — hence the six-feet social distancing rule. (That said, there's a risk of coming into contact with virus that's landed on nearby objects, but the Centers for Disease Control and Prevention notes that there haven't been any documented infections from touching virus-contaminated surfaces.)

A HEPA filter — which what's usually in home air purifiers — can remove at least 99.97% of particles from the air that passes through it, Laumbach says. That may sound extremely thorough. The only thing is, HEPA filter air purifiers tend to be pretty modest-sized, meaning that only a relatively small amount of air passes through the filter at a time. “It might take hours for all the air to move through the filter,” Laumbach says. “By the time that happened, the important particles”—the virus-containing respiratory droplets thought to be most responsible for infection, if present — “would have dropped out of the air.”

Preliminary evidence suggests the novel coronavirus disperses within smaller particles, or aerosols, breathed out by an infected person, which hang around in the air for longer. If this turns out to be true, then a HEPA filter could remove these aerosols.

Although some scientists believe the virus does spread through the air in this way (which is kind of terrifying), the World Health Organization maintains that there isn’t enough evidence to conclude the virus is airborne, other than in a few specific medical scenarios, according to Nature. “We do not know how likely smaller aerosols from breathing, talking, coughing of an infected person are to contain SARS-CoV-2 virus particles,” Laumbach tells Mic.

Basically, there’s no evidence at this point that air purifiers make a real difference in reducing your risk of coronavirus infection, he says. They won't likely won't harm your health; in fact, some people with allergies have found them super beneficial. But for allergy-free individuals who are on tight budgets these days can skip the air purifier. Laumbach points out that some cost several hundred dollars, and you have to replace the filters on a regular basis.

Instead of throwing money at an appliance with a dubious ability to prevent COVID-19, you’ll want to take precautions backed by stronger evidence, such as social distancing and thorough hand-washing, to protect yourself from the larger respiratory droplets thought to be the main culprit in spreading the disease.

This article was originally published on April 10, 2020

More like this
Having a bad trip? This hotline can help you find your chill
By Melissa Pandika
COVID-19 vaccine drug interactions: Is there anything I should avoid?
By Joseph Lamour
10 newly vaccinated people told us their Hot Vax Summer plans
By Ally Spiroff
Stay up to date