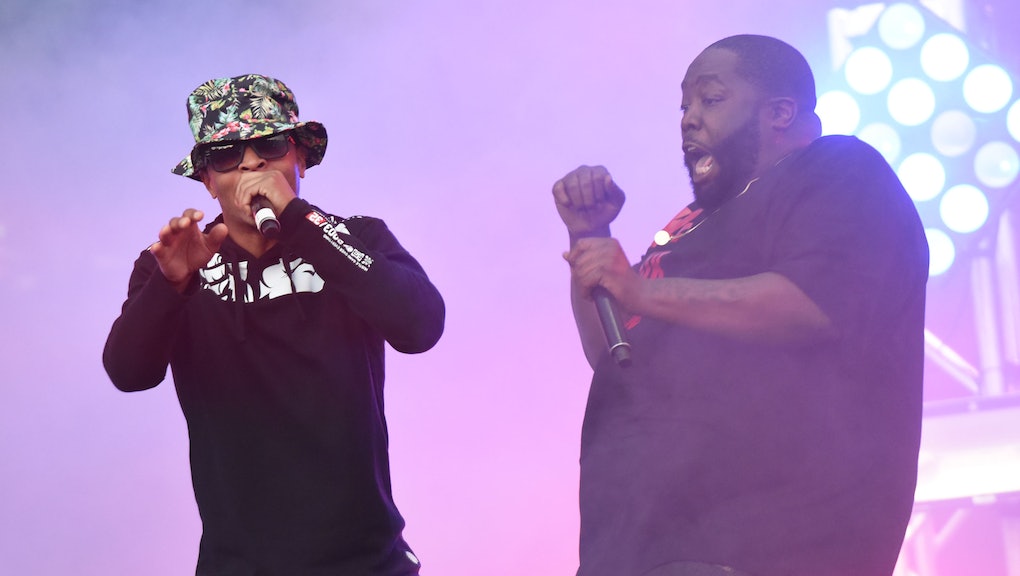 Depending on who you ask, the Georgia Senate runoff elections on Tuesday are either incredibly important to stave off years of gridlock during a Joe Biden administration, almost guaranteed to leave the Senate majority unchanged, or... an event that could change the course of America for “at least 50 to 100 years.” That last slice of bombast comes from Senator David Perdue, who is one of two sitting Georgia Republicans fighting for his political life, and captures the theatrical stakes.

Tomorrow's showdown, and everything surrounding it, has led to historic fundraising tallies and an unprecedented national focus for a runoff election. Effectively an epilogue to the 2020 general — President Trump, Vice President Pence, and Biden all have events booked for Monday — the runoffs have shored up urgency among state and national entertainers to help get out the vote.

The past two presidential elections — and high-profile Senate races in South Carolina and Kentucky — have certainly revealed the limitations of deep pockets and celebrity influence, but they aren’t nothing, either. Last week, Rolling Stone published a lengthy feature about Atlanta rappers’ palpable political influence in Georgia, tracking how the sustained investment of MCs like Jeezy, Killer Mike, T.I., Lil Jon, and more have helped tilt a toss-up state blue. Not only did Killer Mike and T.I. place significant time and resources in GOTV efforts for Atlanta Mayor Keisha Lance Bottoms, they also joined her official transition team. (Mike would wind up a de facto spokesman for the mayor’s office, telling protesters in the city to simmer down last summer, but that’s another story.) Jeezy, in conversation with Rolling Stone, conveyed these runoffs as a vital extension of the past election:

“What we did see by Georgia turning blue [and] by us being able to sway the election and get it the way we wanted to get it, it wasn’t about just the election — to me, it was about people mobilizing,” he adds. “The same people that say, ‘My vote don’t count; my vote don’t count’ — people mobilized, and every little thing made a difference. It was such a small gap of votes in Georgia that made it turn blue... So here with this runoff, we have to continue to do the same thing, because we can’t fight half the battle and then not finish the war.”

Of course artists well outside of Georgia are getting involved. Death Cab for Cutie raised $100,000 in one day for Stacey Abrams’s Fair Fight organization with The Georgia EP. Billy Porter, following up his befuddling DNC performance, participated in the Georgia On My Mind initiative to benefit Fair Fight alongside other Broadway stars, like Lin Manuel-Miranda and Josh Gad. Again, mileage obviously will vary with this stuff in tolerability and results, but it’s virtually unprecedented for a non-November Senate race.

Then there’s the case of film distributor Participant, which is boosting virtual screenings of its 2020 documentary John Lewis: Good Trouble. According to Indiewire, it hosted 60 virtual screenings leading up to the November election, and mailed out 46,000 voter registration forms to Georgia voters. Perhaps to keep the momentum going into the runoffs — and to maintain awards traction into Oscar season — Participant held virtual screenings and phone banks through December.

The influence of celebrity, both in elections and the culture more broadly, has been debated to a dizzying degree as of late. Whether or not the Hollywood sheen can actually flip the Senate for Democrats seems beside the point — when the margins are this razor-thin, anything can help coalesce into tipping the scales.

More like this
Adam Kinzinger basically just outed his fellow Republicans as a bunch of cowardly phonies
By Rafi Schwartz
Nancy Pelosi took a stand on the Jan. 6 committee, and it left Republicans whiny as hell
By Rafi Schwartz
Dua Lipa has officially distanced herself from DaBaby
By Kara Weisenstein
Stay up to date