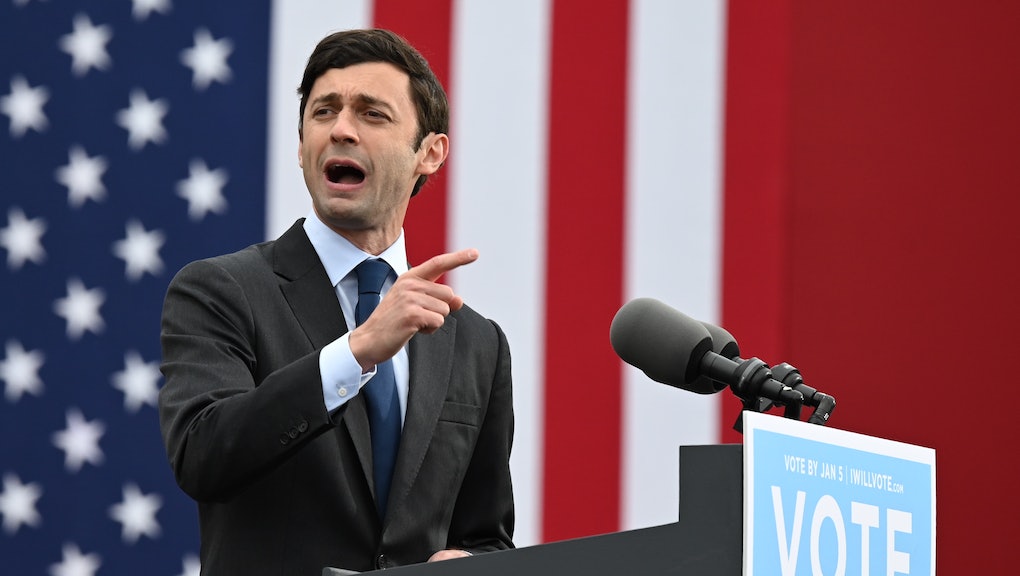 With control of the United States Senate — and with it, Joe Biden's legislative agenda as a whole — on the ballot next month, the past two months have seen staggering sums of money flow into Georgia, where Democrats Jon Ossoff and Raphael Warnock are hoping to unseat incumbent Republican Senators David Perdue and Kelly Loeffler to give the Democrats a slim majority in the upper chamber of Congress.

Newly filed Federal Election Commission data shows a massive influx of cash for both Democrats since mid-October, shattering fundraising records, and highlighting the stakes for the January 5 runoff elections; Ossoff raised nearly $107 million in the most recent period, narrowly beating Warnock, who pulled in just over $103 million. According to the Los Angeles Times, both candidates nearly doubled the totals raised by Perdue and Loeffler, who brought in $68 and $64 million respectively during the same two month window.

Incredibly, all four candidates shattered the previous fundraising record for a senate candidate, held by Democrat Jamie Harrison. Over this past summer Harrison brought in $57 million in his (ultimately unsuccessful) bid to unseat South Carolina Sen. Lindsey Graham — the most money ever raised by a senate candidate in a single quarter until now.

It's worth noting, however, that Harrison's newly broken fundraising record, as well as the staggering haul brought in by Kentucky Democrat Amy McGrath during her failed race against Senate Majority Leader Mitch McConnell serve as pointed reminders that no matter how important campaign funding is, it doesn't necessarily translate to a guaranteed win on election day.

Still, to put Ossoff and Warnock's two month totals in perspective, consider that President George W. Bush and then-Senator John Kerry are estimated to have raised nearly half a billion dollars total during their 2004 presidential race. Even given the passage of time, that a pair of senate races would raise comparable funds in just two months is staggering.

While each candidate's mind-blowing fundraising hauls are impressive in and of themselves, they represent just a fraction of the overall money at play in the two races, thanks to outside spending from other groups and special interest spenders.

If Ossoff and Warnock do prevail on January 5, theirs will be the tying seats for Democrats in the Senate, with soon-to-be Vice President Kamala Harris serving as a tiebreaker as needed.