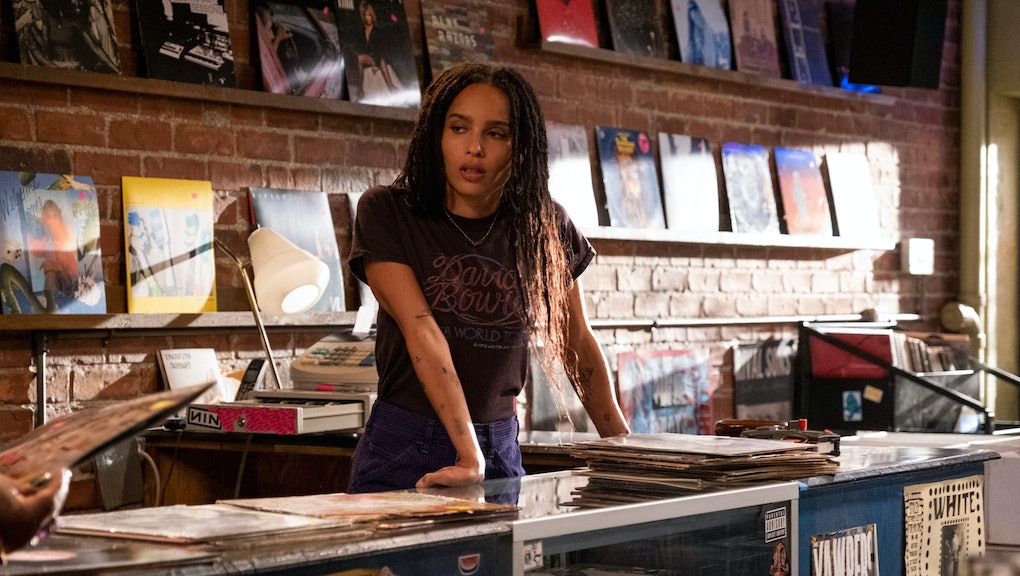 Can 'High Fidelity' be saved by another streaming service?

Whenever a streaming service cancels a beloved TV series, you always want to see the receipts. Hulu’s High Fidelity reboot at least seemed to be a successful and mostly well-liked series after it debuted this February, but the streamer canceled it after one season on Wednesday.

Zoe Kravitz, who starred as the show’s Rob, addressed the cancellation and her co-stars in an Instagram post. “I wanna give a shout out to my #highfidelity family. Thank you for all the love and heart you put into this show,” she wrote. “And thank you to everyone who watched, loved and supported us. [peace sign emoji] #breakupssuck.”

While the show wasn’t universally praised, with some regarding it as a flawed update to an already-flawed story, much of the enthusiasm was reserved for Kravitz in the leading role. After a decade of appearing in strong supporting roles, including Mad Max: Fury Road, Big Little Lies, and X-Men: First Class, this was her first true chance to flesh out the detached cool only hinted at in those other performances.

Fashioned as a gender-flipped reboot of Nick Hornby’s 1995 novel and the 2000 film adaptation, the show was largely without a clear home from the beginning. It was first envisioned as a Disney+ series, much like Love, Victor, before the streamer determined the content was too adult and shuffled over to Hulu. The original film’s star, John Cusack, was also openly skeptical of efforts to reimagine his paragon of Gen X record store snobbiness for a new generation. “They want to brand their thing with our thing—they’ll fuck it up,” he tweeted in response to a fan in 2018. He was okay with the casting of Kravitz, but thought it’d be doomed to fail without Hornby. “The woman part seems good / the rest not so much—but it’s Nick’s book hope at least he’s involved—if he’s not—it’ll suck.” Hornby wasn’t involved in the series.

Without view counts or any sort of charts within the app, it’s impossible to know if my music and media-consuming bubble inflated the perceived popularity of this one. It’s not uncommon for another service or channel to pick up a publicly mourned cast-off after cancellation, so hope might not be completely lost for more High Fidelity. Co-creators Veronica West and Sarah Kucserka had ambitious plans for “many seasons,” charting an expanded universe of new relationships for Rob, Cherise, and Simon. Even if it doesn’t get rescued by another platform as we’ve seen with beloved shows like Community, Brooklyn Nine Nine, and One Day at a Time, we can at least hope that Kravitz gets another shot in the lead role somewhere.