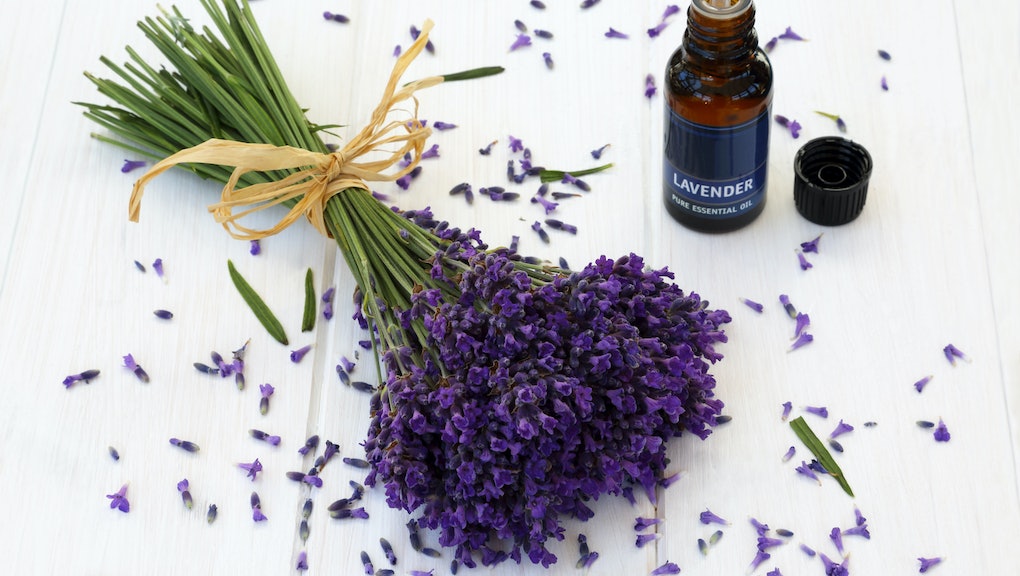 Can lavender help me sleep better? An expert weighs in

As a high-strung human, I’ve amassed quite the collection of lotions, soaps, candles, and other "self-care" products in my lifelong quest for chill. Over the years, I’ve noticed brands purporting that their lavender-scented products can lull you to sleep. (The product page for one of my favorite lotions, Dr. Teal’s Lavender Body Lotion, suggests applying it before bedtime.) With a pandemic and white supremacy keeping many of us awake at night, the rest promised by this sweet, floral fragrance is alluring. But as someone familiar with the dubiousness of many wellness claims, I’m also skeptical. Can lavender really help you sleep?

I reached out to Rafael Pelayo, a sleep specialist at Stanford Health Care, to investigate. Based on what we know so far, “lavender can help you sleep better if you’re having mild problems with sleep,” he says — but not, say, insomnia. That said, he tells me the research on lavender as a sleep aid is limited, probably because the NIH tends to prioritize funding for research on COVID-19, AIDS, and other harmful diseases. Mild sleep issues don’t pose as serious of a health risk.

Lavender essential oil — possibly including one of its major components, a fragrance compound called linalool — likely promotes sleep by acting on what's known as the gamma-Aminobutyric acid, or GABA, receptor. “Anything that tickles your GABA is going to make you groggy and relaxed,” Pelayo explains. Sedatives like valium and Ambien work through the GABA system, too.

And lavender continues hitting the GABA system, yielding a mild soporific effect even after you’ve fallen asleep, Pelayo says. That’s because, during sleep, a region in your brain known as the thalamus blocks every sensory input from reaching another region called the cerebral cortex for processing —except for smell.

So while listening to a podcast can help you doze off, you won’t hear it in your sleep. “Smells are not gated that way,” Pelayo says. “You can still smell them in your sleep, even if you don’t see the outside world.”

Lavender might also create a pleasant environment that makes you feel calm and safe enough to fall asleep, Pelayo says, not unlike coming home to your own bed after a week of traveling. In general, sleep is a learned behavior that involves forming associations. Diffusing some lavender essential oil at night might help you unwind because you associate it with the end of your day.

Since lavender seems to have a mild effect, it won’t make you fall asleep right away, Pelayo says, and it’ll probably stop working after a while because the GABA receptor will eventually become resistant to it. Meanwhile, any underlying causes of your sleep issues, like worry over a loved one’s health, will continue impairing your sleep as long as they remain unaddressed. If you’re having persistent problems with sleep, seek help from a sleep medicine specialist.

The bottom line: Lavender may alleviate mild sleep issues, but it won’t do so indefinitely. It won’t cure the anxiety disorder that lies at the root my sleep struggles — but I’m still in love with the fragrance, so I’ll keep smoothing it on and savoring it regardless.

This article was originally published on June 19, 2020

More like this
We learned collective grief from 9/11. We could really use those coping skills right now
By Melissa Pandika
Can you learn a new language while you sleep?
By Tracey Anne Duncan
How to save your skin from climate change
By Melissa Pandika
Stay up to date