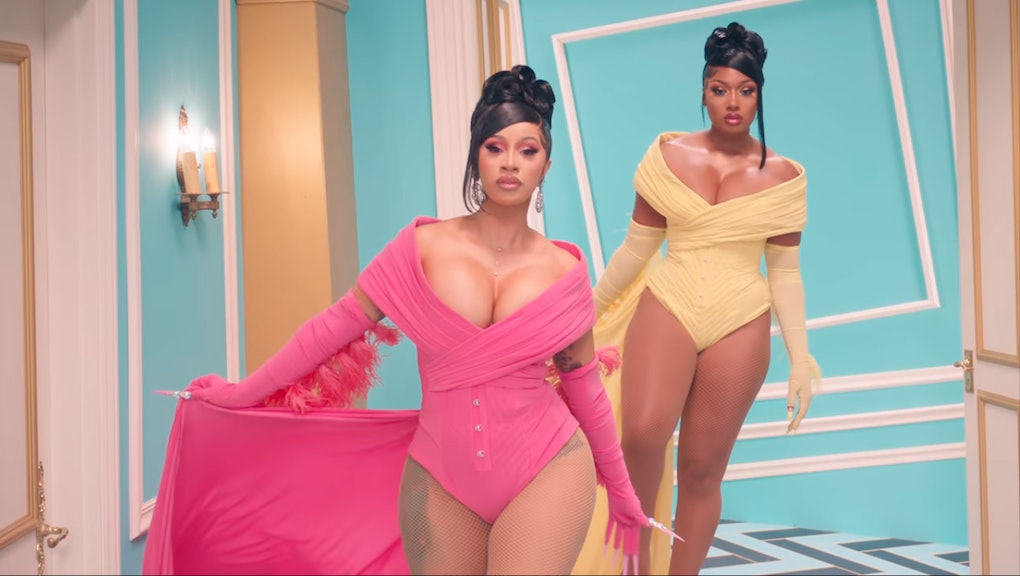 Can there be a Song of the Summer in a year without a summer?

The Song of the Summer has always been a Rorschach test. You have your obvious, by-the-numbers winners — think “Old Town Road” last year, or “Call Me Maybe” earlier in the decade — and the more obscure picks that a few music journalists try to convince us into backing, despite most of the population having never heard them. This year, which finds us completely removed from the illusion of a normal summer season, with closed pools and canceled vacations, is there even a Song of the Summer?

At the start of the pandemic, it was slightly surprising to see music streaming decline under lockdown. But if you thought about it for a second, it started to make more sense. With some of the most common places to hear music eliminated on the spot — think commutes, gyms, bars, and restaurants — it became much harder to find time for casual listening. Quiet home workspaces are now infiltrated by rowdy kids and partners who don’t want to hear you play the same Freddie Gibbs song for the 13th time.

The change in streaming habits is, charitably, one of the least important things to be shaken by the pandemic — even for an artist partially reliant on royalties. The type of act getting any semblance of a living wage from streaming revenues could likely be well-suited to weather the blow of no touring. But in a year when music fans are already deprived of communal spaces to enjoy their favorite artists — and with the boundaries between seasons and months dissolving away into nothing — isn’t it still kind of sad to be losing the cultural shorthand for shared experiences in music?

But in a year when music fans are already deprived of communal spaces to enjoy their favorite artists, isn’t it still kind of sad to be losing the cultural shorthand for shared experiences in music?

The late-breaking contender, Cardi B and Megan Thee Stallion’s “WAP,” was the rare monocultural music moment that resulted in the biggest chart week in over a year. Besides DaBaby and Roddy Ricch’s “Rockstar,” which topped the chart for seven non-consecutive weeks, the chart’s top spot has been a slippery place. The entirety of May and June saw a different song top the charts 7 out of the 8 weeks, with “Rockstar” being the only song to maintain a significant streak throughout the entirety of July. In this way, the high degree of chart turnover matched the frantic pace of a news cycle, consuming each week with jittery disregard for what came before it.

The charts have long painted an incomplete picture of a song’s popularity, which even an end to the sort of merch and ticket bundling that can propel a song like Ariana Grande and Justin Bieber’s “Stuck with U” to no. 1 won’t fix. But charts feel especially unreliable as any sort of metric this year, with songs stripped of some natural momentum out in the world. When it comes to a mostly-fake designation like the Song of the Summer, you kind of trust your gut and what your ears on the ground tell you. In my household, the “mi pan su su sum” TikTok song from a Russian cereal commercial is undoubtedly the Song of the Summer, which is something no data can confirm or deny. When you might only be listening to music with one other person or just by yourself this year, a personal, highly specific Song of the Summer becomes easier to rationalize. It’s just something you intuitively know and feel without requiring any further explanation.

With the shuttering of most crowded public spaces, there are far fewer opportunities to measure a song’s shelf life, to sense how it moves through a room weeks or days after its release. For instance, I’ve heard “WAP” just twice in public this summer — once in a car whizzing by the day after it came out, and another time when someone’s car rattled to it as I waited in line outside the liquor store. It’s not exactly the stuff of grocery stores, but you could reasonably expect to hear it around the clock in 90% of American bars and clubs under normal conditions. Since getting a car last month, the local pop FM stations — where Dua Lipa and DaBaby are still always on — is the next best metric to rely on.

One of the pandemic’s defining early features was an empty strain toward public unity — we’re all in this together disastertising and awkward reunion shows when things like blockbuster movies and sporting events just weren’t happening. I understand the appeal of trying to chase that shared experience, the pop culture competitive spirit of Winners and Losers, or rallying behind a catchy song that also conveys the moment’s unrest in some small way like "Rockstar." But more than any other year, when it’s felt harder to enjoy anything exactly as we had before, the elusive Song of the Summer can reasonably be from Cardi and Megan, a Russian cereal commercial, or no one at all.

More like this
In a #FreeBritney era, will we treat Olivia Rodrigo differently?
By Brandon Yu
HIV awareness organizations tell DaBaby how to transform from “adversary to advocate”
By Chloe Stillwell
Hip-hop wouldn't be the same without Biz Markie
By Naima Cochrane
Stay up to date