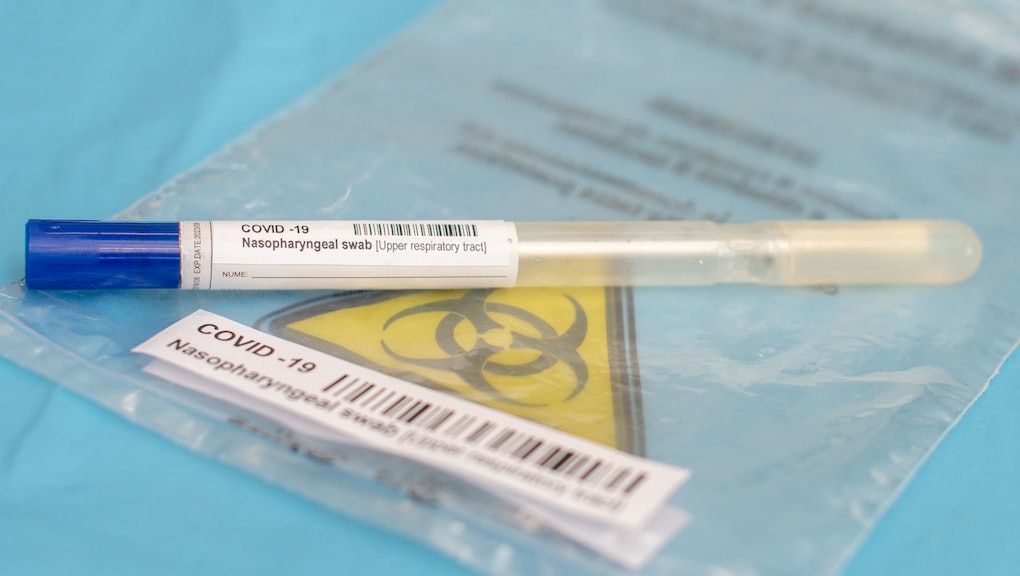 Can you get infected with coronavirus twice? Here's what we know

In June, news of a woman in Colorado named Michelle Hart testing positive twice for COVID-19 swept the headlines. Though Hart gave an interview with a local station in Denver, her story was picked up by other stations across America to national outlets and heightened fear for those quarantining at home waiting for the coronavirus to subside. Less than a month later, a Google search for that story, “Colorado woman tests positive for COVID-19 twice,” produces 3 million results. That’s for one single instance of this apparent phenomenon — and it’s happened a few more times, at least. The stories and our reactions speak to how alarming the idea of getting coronavirus twice or even (shudders) more than twice.

There are other headlines that are chillingly relevant, including two separate Las Vegas boxers who tested positive, then negative, then positive again, and this past week The New York Times interviewed a woman in California and who tested positive in March, seemingly recovered, and then tested positive again in May. But please, before you order a motorcycle and poncho to cosplay Daryl on The Walking Dead, things might not be as apocalyptic as they seem. Here's why epidemiologists theorize that coronavirus reinfection might be a myth, for now.

First things first, the cases are all anecdotal. Since everyone is thinking, talking about, and sharing coronavirus anecdotes right now, getting infected twice might feel like a reality when it’s not understood or scientifically proven yet. According to the above story, what doctors think is that while it may be possible for the coronavirus to strike the same person twice, it's highly unlikely that it would. “I haven’t heard of a case where it’s been truly unambiguously demonstrated,” Marc Lipsitch, an epidemiologist at the Harvard T.H. Chan School of Public Health, said to the Times.

What it's looking like is that it’s more likely some people are having a drawn-out course of infection. Take Hart’s experience. While she tested negative twice after seemingly recovering from the virus, she recalled in an interview with CNN that she still had symptoms, but a negative test quelled her fears until her symptoms again got worse. After that, she tested positive again. A lot of different possible things could be happening here, but if you think of certain illnesses as a hurricane, her feeling better could have been the eye of a storm.

Also, keep in mind that the United States is months behind other countries and their pandemic struggles. South Korea’s Centers for Disease Control and Prevention has already investigated 285 cases where people tested positive twice there. While the people involved tested positive two to three months after the first test (a concerning amount of time, I know) researchers were unable to grow live virus from any of these supposedly reinfected people, which signals the possibility that what those people are experiencing are lingering effects of the sickness. “It was pretty solid epidemiological and virological evidence that reinfection was not happening, at least in those people,” said Angela Rasmussen, a virologist at Columbia University in New York to the Times. While the idea that you can still be experiencing symptoms months after going through this illness is horrifying in itself, it at least takes reinfection off of the likely suspects.

Furthermore, antibodies aren’t the only thing your body uses to fight infection. To explain this in the simplest of ways, your immune system is an army of connected cells that protect your body from internal and external dangers. When a body is infected with something like, say, the coronavirus, the immune system initiates a defense from cells that can kill the virus and produce help for the coming fight, the Times’ experts explain.These cells are commonly referred to as T cells and B cells. You might’ve heard about T cells if you’re familiar with HIV. The reason why HIV is so dangerous to the body is that it kills T cells which typically are the first line of defense for infections. That’s why untreated HIV leads to other illnesses — it’s killing the front line soldiers of the body, so to speak, making it harder for a person to fight infection off. Antibodies are later produced after the T cells do their thing.

Even though we don’t know much about the coronavirus, experts interviewed in the New York Times offered their opinion that COVID-19 is behaving like most other viruses. So, the idea that a vaccine can lead to herd immunity around the globe seems optimistic. Still, no vaccine is 100% effective. For one to be considered effective, though, it just has to work on 85% of the population. So, even a vaccine that only suppresses the levels of the virus somewhat would deter its spread to others, because right now, the Rona is everywhere.

Even the doctors offer evidence that reinfection is unlikely, all the experts stop short of saying that it’s not possible. There’s just not enough data to know that yet. I know it’s frustrating when scientists say they don’t know something, but let’s try and look on the bright side: A scientist's doubt is much better in this particular instance than their certainty, in this case. That means there’s still hope that a vaccine will put COVID-19 to bed for good. “I would say reinfection is possible, though not likely, and I’d think it would be rare,” Rasmussen told Times. “But even rare occurrences might seem alarmingly frequent when a huge number of people have been infected.”

More like this
This new coronavirus-repelling mask has a shady chemical in it. Is it worth it?
By C. Michael White
Remember the vaping crisis? Well, it hasn't gone anywhere
By Melissa Pandika
The CDC just announced the mask era is coming to an end (sort of)
By Rafi Schwartz
Stay up to date