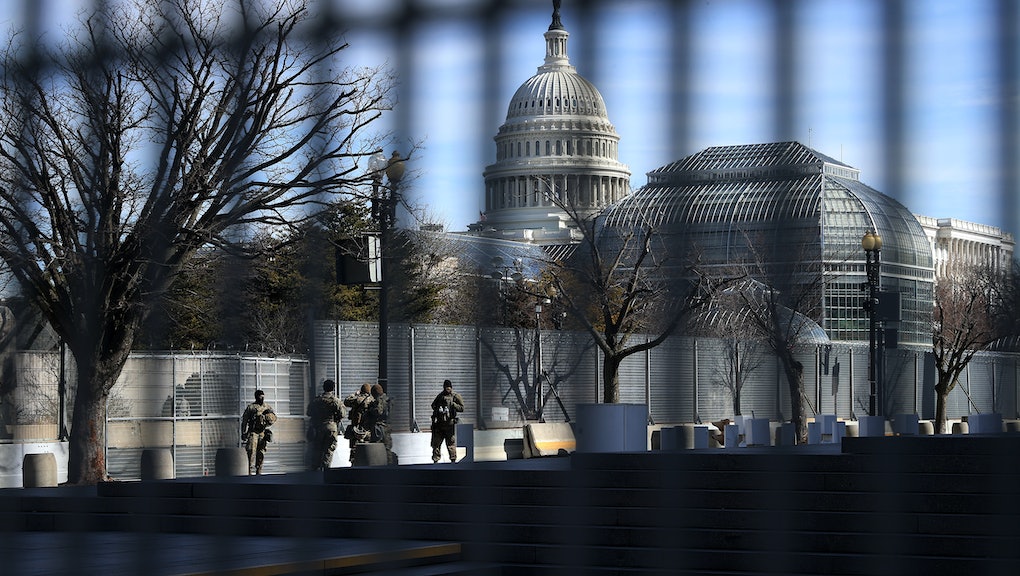 We're not even three months out from the last time a group of Trump-addled insurrectionists breached the halls of congress in a violent attempt to overturn the 2020 election and lynch anyone they considered political enemies, and already federal officials are bracing for a second potential coup.

"We have obtained intelligence that shows a possible plot to breach the Capitol by an identified militia group on Thursday, March 4," the U.S. Capitol Police announced in a statement on Wednesday. "We have already made significant security upgrades to include establishing a physical structure and increasing manpower to ensure the protection of Congress, the public and our police officers. ... We are taking the intelligence seriously."

While the agency insisted it "cannot provide additional details at this time," the public admission of a militia-fueled plot to once again attack the seat of legislative power in this country is proof positive that the inevitable fusion of right wing extremists, QAnon conspiracy theorists, and MAGA cultists remains a serious threat.

While the exact nature of the existing threat to the Capitol remains under wraps, it reportedly includes the involvement of known far-right militia group The Three Percenters, as well as QAnon adherents who have begun fixating on March 4 as the date they believe former President Donald Trump will be secretly inaugurated to a second term in office (the fantasy's National Treasure-y roots are based on the country's earlier presidential inauguration date, which was changed and codified to Jan 20 in the 20th constitutional amendment).

An FBI bulletin from last month, reported on by ABC news, describes a plans for a multi-pronged attack by militia-members which allegedly included detonating explosives meant to distract law enforcement and create an opening for another Capitol breach. The FBI investigation claimed that Three Percenter militia had hoped to attract tens of thousands of members to participate in their insurrection attempt, although there is no indication that anything near those numbers are actually expected in Washington this week.

Still, the situation is concrete enough that members of Congress are taking no chances.

"There's a reason why there's still National Guard servicewomen and men deployed at the capitol at this time, and the fencing and the barrier we see," California Sen. Alex Padilla told CNN on Wednesday. "It's because of what happened on January 6. We still have yet to hold everybody accountable for what happened on the sixth. And we still haven't made the many changes necessary to secure the Capitol going forward. So this is evolving in very real time."

"Frankly," Padilla added, "this information from DHS may be officially new but not really surprising."