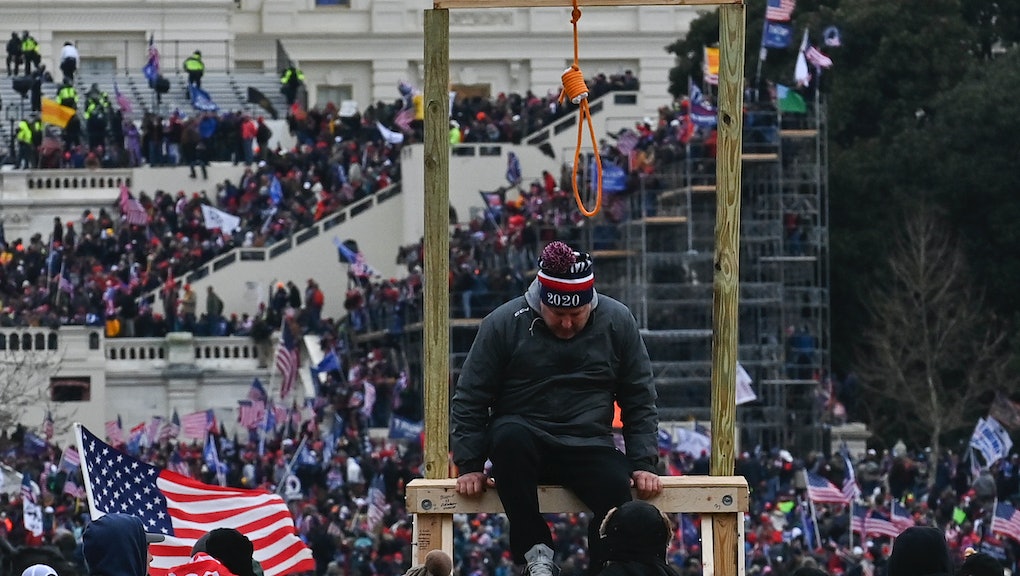 Capitol rioters were fundraising through Amazon and PayPal after the insurrection

Following the violent insurrection on Jan. 6, tech companies started cracking down on Donald Trump and his supporters, banning them from social media and cutting off their access to payment processors and fundraising sites. While the response was swift, a new report shows that it was not as all-encompassing as it may seem. According to OpenDemocracy, at least eight groups that were involved with the effort to storm the Capitol and target elected officials have continued fundraising through Amazon and PayPal.

The investigation found at least six groups that were “coalition partners” of the March to Save America rally, the event that ultimately led to the attack on the Capitol building, were still raising money on these platforms as of Jan. 18. Two other groups that had leaders of their organization present at the Capitol on the day of the riot were also found using Amazon and PayPal for fundraising efforts. This occurred despite the fact that both companies had claimed to have cut ties with Trump and Trump-related accounts, including those involved with the March to Save America rally.

Four of the coalition partners or their associated nonprofit groups are actively raising money using AmazonSmile, Amazon's charitable giving program that donates 0.5% of purchases to the organization of a buyer's choosing. Those groups include Moms for America, a group that promotes "traditional" family values and hosted a rally to overturn the election results in Washington, D.C., on Jan. 5; Phyllis Schlafly Eagles, an "American sovereignty" group that has touted anti-Muslim and anti-immigrant talking points and pushed conspiracy theories about the 2020 election; Tea Party Patriots, a part of the Tea Party movement that has been cited for extremist ties and nationalistic rhetoric; and Turning Point Action, the political action committee tied to Turning Point USA, a group for young conservatives that has connections with the alt-right.

Two other groups, Women for America First and Peaceably Gather, were found to be raising money via PayPal. Two more groups, anti-abortion organization And Then There Were None and Rod of Iron Ministries, were discovered to be using both platforms to raise money. OpenDemocracy found that the leaders of these groups were present at the Capitol the day the riot happened. A report from the Associated Press indicated that at least one member of Women for America First previously had a role in Trump's 2020 presidential campaign, suggesting closer ties between Trump and the rally that led to the riot inside the Capitol than were previously known.

Mic reached out to Amazon regarding these groups using AmazonSmile to raise money. "Charitable organizations must meet the requirements outlined in our participation agreement to be eligible for AmazonSmile," a spokesperson for the company told Mic in an email. "Organizations that engage in, support, encourage, or promote intolerance, hate, terrorism, violence, money laundering, or other illegal activities are not eligible. If at any point an organization violates this agreement, its eligibility will be revoked." According to Amazon, the company relies on information provided by the U.S. Office of Foreign Assets Control and the Southern Poverty Law Center to determine if an organization should be removed from the platform. PayPal did not respond to request for comment.

Following Amazon's statement, Mic searched for the organizations with ties to the Capitol riot on the company's database of eligible charities. None of the offending groups were listed as an option to receive donations, suggesting that Amazon removed them from the platform.

Both Amazon and PayPal have come under fire in the past for allowing hate groups and other organizations involved in violence to fundraise on their platforms. Last month, a report indicated that dozens of anti-LGBTQ and anti-abortion groups are using AmazonSmile to raise money. Following the insurrection, both Amazon and PayPal took action against some pro-Trump groups that had ties to the events at the Capitol.