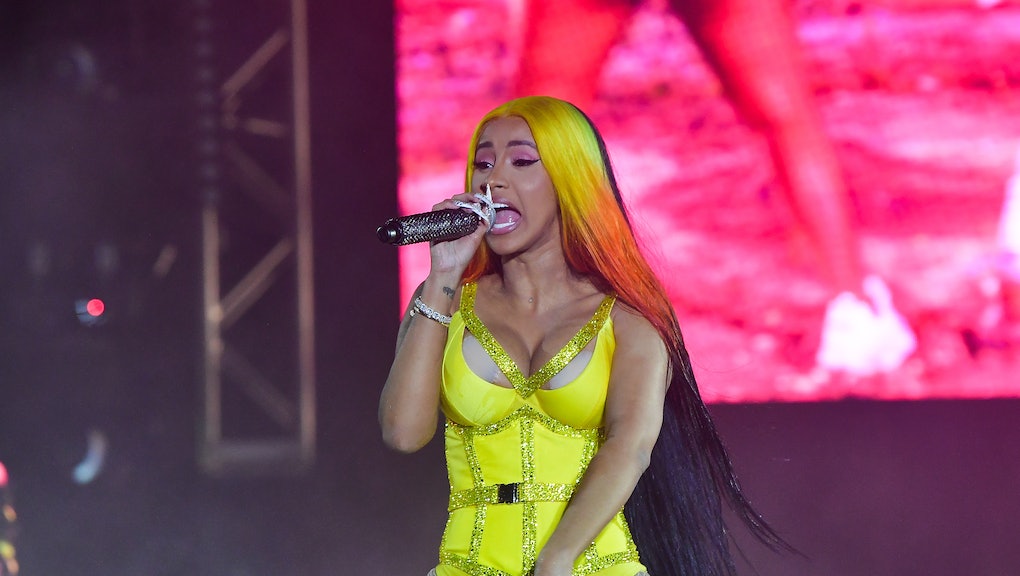 Despite every effort to divorce celebrities from the pandemic zeitgeist, they’ve been right there through it all. Tom Hanks Night will live in infamy as the moment when the coronavirus' severity set in for much of the country, and the “Imagine” video cemented how poorly their relatable schtick would translate to the moment. Of course these divisions have only widened further, as productions have picked up with widespread testing protocols, and actors and Hollywood elites rush to get the vaccine.

Earlier this week, Cardi B tweeted at length about the pricey COVID testing she’s had to order for her team. Since it’s outside of a medical center and without doctor’s orders, she claims it runs her $250 per test, four times a week. The Bronx native didn’t specify whether everyone in her professional circle gets tested this frequently, but you can see where the $1,000/week rate might add up when applied to a dozen or so staffers.

Given how challenging it still is for regular people in most parts of the country to get COVID testing when they actually think they’re sick, this didn’t induce much sympathy from her Twitter onlookers. “WAP” probably has healthy enough residuals for this to be minor inconvenience, but Cardi was sure to reiterate that this was less of a complaint than calling attention to a sinister for-profit testing enterprise.

She wondered aloud if “Covid is becoming a business and if this was part of the plan [monocle emoji ].” Using the example of a commercial production, she explained how this was just a case of following an expensive protocol to keep the crew safe. “How ya getting mad at me because it’s a requirement to get tested? Just to shoot a commercial even the janitors must get tested twice,” she wrote.

This is the more or less the same tension central to Tom Cruise’s impassioned rant from last month. Screaming at your employees is no way to behave during a pandemic or at any other point, but the guardrails he so passionately defended — after wearing one of those useless valve masks on numerous occasions, no less — are far from a sure thing in preventing an outbreak on set. There isn’t a confidently safe way to film a movie or TV spot or anything right now, if the onscreen talent’s going to be maskless and in close quarters.

Cruise was raging against keeping food on the table for crew members, but to people fighting on the front lines daily, it still feels rather ludicrous that the entertainment industry has to chug along in any capacity as the U.S. continues to eclipse its single-day death record. The elder celebrities are even having trouble navigating California’s byzantine vaccine protocol, with one telling Variety that it’s like “the Hunger Games out there.”

Cardi’s essentially onto an obvious truth — the government should have been equipped to provide free, mass testing to all essential workers, anytime they want to receive it, and there’s no reason for businesses to needlessly profit off the extraneous tests. It’s just a little harder to hear from someone so far removed from the worst of this thing.