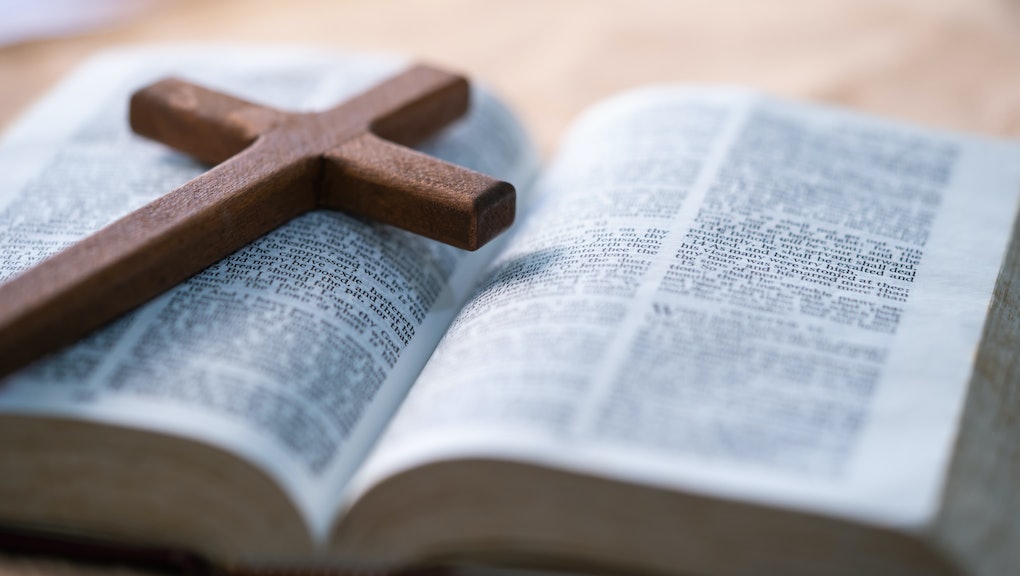 One of the seven sacraments of the Catholic Church is penance, or reconciliation, performed to seek forgiveness for wrongdoing. An order of Jesuit priests are seeking to fulfill that sacrament by taking on one of the church's greatest sins: participating in the enslavement of Black people. According to a report from The New York Times, the Catholic Order is promising to raise $100 million, which will be distributed to the descendants of people once enslaved by the church.

While the move does not come directly from the Vatican, it does represent the most significant effort to date by the Roman Catholic Church to atone for its participation in the slave trade. Per the Times, the money will go to establishing the Descendants Truth and Reconciliation Foundation, which will distribute funds to the descendants of slaves who were bought and sold by Jesuit priests in 1838, a horrific trade that was done in order to secure funding for Georgetown University. The descendants have pressed the church for reparations since learning their ancestors were enslaved and sold, a revelation made by a 2016 Times investigation.

Roman Catholic teaching has condemned forms of slavery dating back to 1435, but the church has not always followed its own orthodoxy. In 1517, the first known instance of the transatlantic slave trade that brought Black Africans to the Americas was believed to have been initiated by Bishop Las Casas, a member of the Roman Catholic Church, and was authorized by Charles V, the Holy Roman Emperor at the time.

Jonathan Chism, an assistant professor of history at the University of Houston-Downtown, told Amsterdam News in 2018 that the Catholic Church, with its power concentrated largely in Europe, rationalized the slave trade by telling themselves that they were "'Christianizing' and civilizing their African captors," whom they viewed as being irreligious and primitive. "They were driven by missionary motives and impulses," he said. Of course, those motives and impulses were also racist.

While many church leaders would come to eventually speak out against slavery, the church still has to reckon with its participation in the trade, as well as its role in perpetuating the mistreatment of Black people in the decades that followed the abolition of slavery in the U.S. The rise of Black congregations across the country in the late 1800s and throughout the 1900s was the direct result of the fact that the Catholic Church failed to address the concerns of Black parishioners, who were often forced to segregate from white churchgoers — a split that many churches attempted to justified with Bible passages. Even by 1948, just 6% of Black Christians in the U.S. were part of integrated denominations.

The establishment of a foundation to support the descendants of enslaved people traded by the Jesuits is a necessary step toward righting historical wrongs. But it is a small gesture in the grand scheme of things. The Roman Catholic Church has an undeniably large role in instigating and enabling slavery and racial disparities for centuries. It also has an abhorrent role in the dehumanization of LGBTQ+ people and an infamous history of child abuse. Making up for all that will require a concentrated, long-term effort that goes well beyond $100 million.