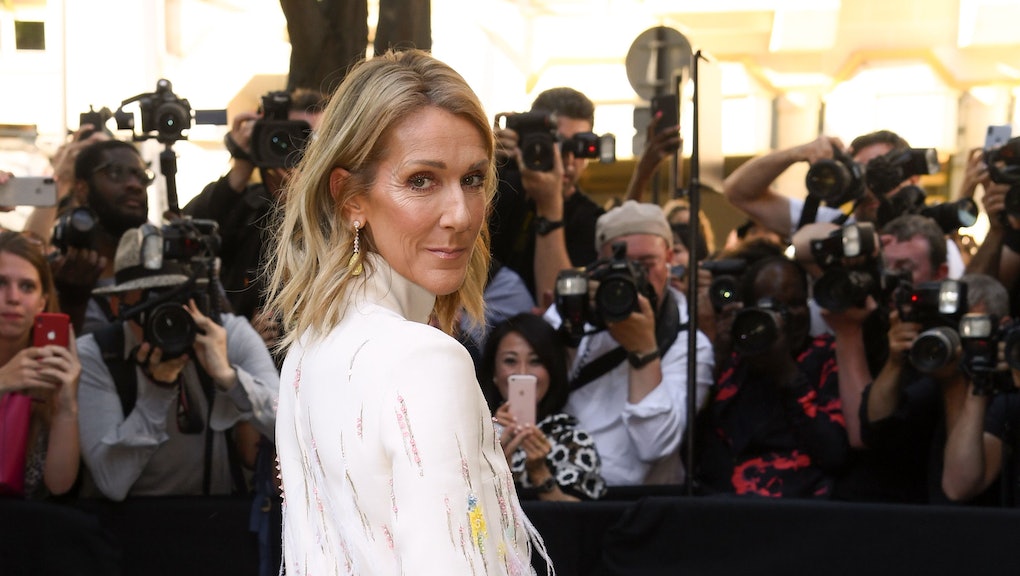 Celine Dion is still here to pull our heartstrings

Celine Dion’s “My Heart Will Go On” was released in 1997, alongside James Cameron’s film Titanic. Before she starts singing, a gentle flute plays, and the song seems like it could be a soft, crooning meditation on love lost. Then, when she begins, it’s almost impossible not to cry. Even if you don’t have a person to sing the song to, Celine Dion’s voice has the power to bring out tears you didn’t know you had.

In the last 22 years, she hasn’t really stopped. Her shows in 2003 at Caesars Colosseum earned over $2 million every five days. There was her “A New Day…” residency in 2007, and a second Vegas residency, Celine, in 2011. She went on an extended break to take care of her husband René Angélil in 2014 after he was diagnosed with throat cancer. Dion stepped away from her residency in Las Vegas and didn’t really return to the stage until two years after her husband’s death in 2016.

Now, she’s gearing up for the release of a new album called Courage, which drops on November 15, as well as a world tour. Today, the Canadian singer released three songs from her new project, "Courage," “Lying Down,” and “Imperfections.” In an interview with the Today Show, Dion sat down to talk about her new music and got personal about the reason why she chose to go back on tour.

“When I lost René, he wanted me back onstage,” Dion explained to Today host Sheinelle Jones. “He wanted to make sure I was still practicing my passion, and I wanted to prove to him that I’m fine. We’re fine; we’re going to be okay. I got this.”

The death of Angélil has left Dion a bit lonely. She had known her husband since she was 12 years old, and in the years since his passing, she hasn’t been able to open her heart to anyone else.

“I don’t date. I’m not ready to date,” said Dion. “I’m very lucky and happy to have so many people in my surroundings to make me — they make me laugh, but I miss to be touched. I miss to be hugged. I missed to be told, ‘You’re beautiful.’ I miss what a boyfriend and I miss what a husband would do.”

Her new music addresses those feelings of living in the world without the love of her life, about picking up and carrying on after unimaginable loss. Even after all of these years, Dion knows how to translate difficult emotions into something universal. Stay tender forever, Ms. Dion