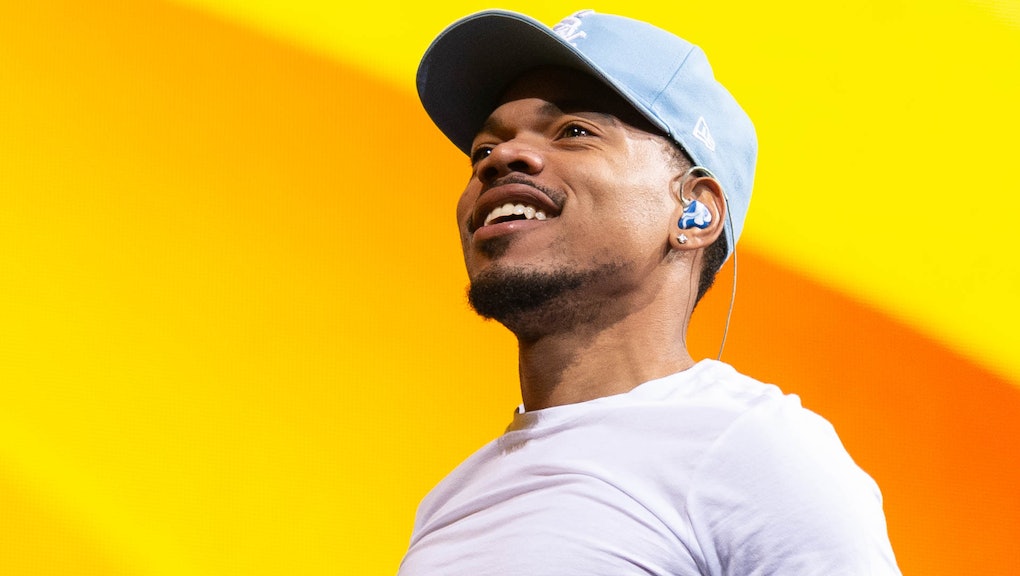 On this weekend’s episode of Saturday Night Live, host and musical guest Chance the Rapper used his time on national TV to get the word out about the teacher’s strike in Chicago, which entered its eighth school day on Monday. According to the Chicago Tribune, many of the Chicago Public School system’s 25,000 teachers have been walking the picket line as they negotiate with the city.

Outside of Chicago, the strike has not received much attention. National news outlets have only briefly discussed the strike’s impact on the system’s 300,000 students, kept out of school as the teacher’s union and the city, led by Mayor Lori Lightfoot, try to work out a deal. But with Chance the Rapper’s gig on SNL, the teachers union got his support on a national platform. It was the most useful kind of activism a celebrity can do, behind donating their money. Instead of speaking broadly about vaguely supporting a cause (like that SNL video of Billie Eilish and Woody Harrelson emotionlessly talking about climate change), Chance brought eyes to a local issue that has specific goals.

During his opening monologue, Chance wore a red Chicago Teacher’s Union t-shirt. “It’s so great to be back here at SNL,” Chance said. “If you don’t remember, last time I was here I gave $1 million to Chicago Public Schools and I’m happy to say it completely fixed everything.”

Pausing to laugh, he continued. “No, honestly, to the teachers in Chicago I know you guys are on strike right now, I fully support you. I just wish that when I was in school, my teachers had gone on a strike.”

When the credits were rolling, three SNL cast members also donned CTU t-shirts; Cecily Strong, Chris Redd, and Alex Moffat all had on the red shirts in what seemed to be a show-wide endorsement of the union organizing and collective bargaining.

After the show, Redd shared a tweet doubling down on his support, writing, “GIVE THOSE TEACHERS EVERYTHING THEY NEED NOW.”

The CTU is currently trying to negotiate for higher pay, smaller class sizes, affordable housing for staff and students — especially for the 16,450 students who are homeless, as well as funding for more librarians and school nurses, and prep time to prepare for classes. The city has responded by saying that the demands are too costly.

“This is not something we do lightly, this is something we do with a heaviness in our heart,” CTU President Jesse Sharkey told the Chicago Tribune during a press conference on Oct. 16, just days before the strike began. “We feel as though, right now, the only way that we have to make important long-term changes in the schools that are going to affect all of us, is to do a short-term strike that is going to cause some difficulty and pain.”

By lending his public support, and including the support of some of SNL’s cast, Chance the Rapper brought the program’s 6.3 million viewers into the conversation. Additional public support and awareness surrounding the strike put pressure on city officials to remain at the bargaining table with CTU.

Teachers in the union tweeted out their appreciation for Chance’s endorsement following his SNL appearance. The strike has also been supported by students in Chicago, who believe their teachers deserve higher pay and that they deserve better access to resources like nurses and librarians, as well as smaller class sizes.

As Chance said in his monologue, this isn’t the first time that he has advocated for Chicago public schools. In March 2017, he donated $1 million to CPS and called on other corporations to do the same. The Chicago Bulls followed his lead and matched his donation. In addition to the financial support, Chance created the non-profit Social Works, which not only directs money towards CPS, but also aims to “empower youth through the arts, education, and civic engagement while fostering leadership, accessibility, and positivity within Chicago.”

Chance’s continued and consistent advocacy for the students and teachers is a solid example of how celebrities can use their platform to effectively champion for a cause. The rapper has honed in a specific issue that has clear fixes and is in need of public advocacy, taking on the political implications of supporting organized labor and a controversial teacher’s strike.

Other famous people looking to make a real impact should consider Chance’s playbook for future celebrity activism. Or at the very least, try to be as good of an SNL host.