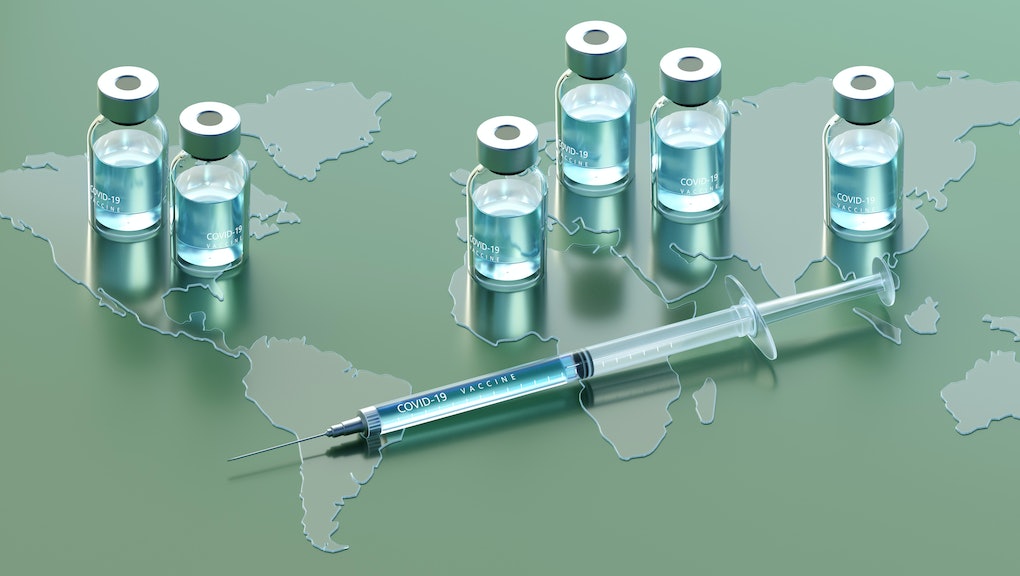 Chill with the vaccine boosters for now, W.H.O. pleads

As countries around the world continue to fight the coronavirus pandemic, the World Health Organization (W.H.O.) is calling for a moratorium on vaccine boosters. W.H.O. director general Tedros Adhanom Ghebreyesus announced this morning at a news conference that the organization is pleading with wealthier nations to delay vaccine boosters until at least September. His reasoning makes good sense if we, as a planet, are ever going to finally get out of this pandemic's chokehold.

The moratorium is intended to give countries that are struggling to get their populations vaccinated a chance to catch up, Reuters reported. The idea is that no country should be offering a booster shot until every country has at least 10% of their people vaccinated. In other words, this proposed booster delay is not some sort of punishment for the vaccinated; it’s an effort to create worldwide vaccine equality.

It’s important to note that W.H.O’s advice is a set of guidelines, not regulations. We don’t yet know to what degree the U.S. will heed them. Trump withdrew the U.S. from W.H.O. — which is a part of the United Nations — but Biden rejoined when he came into office. That doesn’t mean that the U.S. (or any other member of the U.N.) has to follow all of W.H.O.’s guidance. According to Reuters, U.S. health officials are still determining whether or not they think booster shots are necessary.

W.H.O. officials said that they want countries who are considering offering boosters to hold off. They want countries that have the financial ability to give boosters to their own people to instead donate vaccines to countries that don’t have the means, according to the Washington Post. The reality is that while some wealthy countries — in Europe, the U.S., and Israel — are trying to move into a new phase of vaccination, much of the Global South is unable to vaccinate even its front line workers (like doctors) and most vulnerable populations.

This is both an effort to combat rampant vaccine nationalism and also an effort to curb the worldwide spread of variants. Last week, Israeli President Isaac Herzog got a booster vax and kicked off an effort to give booster shots to Israelis over 60, even as most people living in occupied Palestine remain completely unvaccinated.

Germany announced Monday that it will begin a booster campaign, and the U.S. has already pre-paid for boosters. Basically, rich countries have more access to vaccines because they can pay big money for them. Poor countries cannot, and this moratorium is an effort to get rich countries to reconsider the way they are keeping all the doses for themselves while the rest of the world suffers.

To be clear, this moratorium is not meant to just equal the vaccine playing field for poor countries, it’s also a move that some experts think is necessary in order to prevent the virus from mutating into increasingly more contagious and deadly forms. In March, an alliance of epidemiologists from around the world warned that low vaccine coverage could make it possible for vaccine resistant mutations to appear, CBS reported.

The truth is that in this global world, we can’t contain a virus to one country, or as we have tried in America, in one part of the country. More than 93% of COVID cases in the U.S. are caused by the Delta variant. Some may have thought they were watching the horror that Delta is wreaking on the least vaccinated parts of the U.S. from the sidelines, but it turns out that it doesn’t stay in one place. If we don’t take steps to protect the most vulnerable, not just in this country, but in the world, we could all end up paying the price.