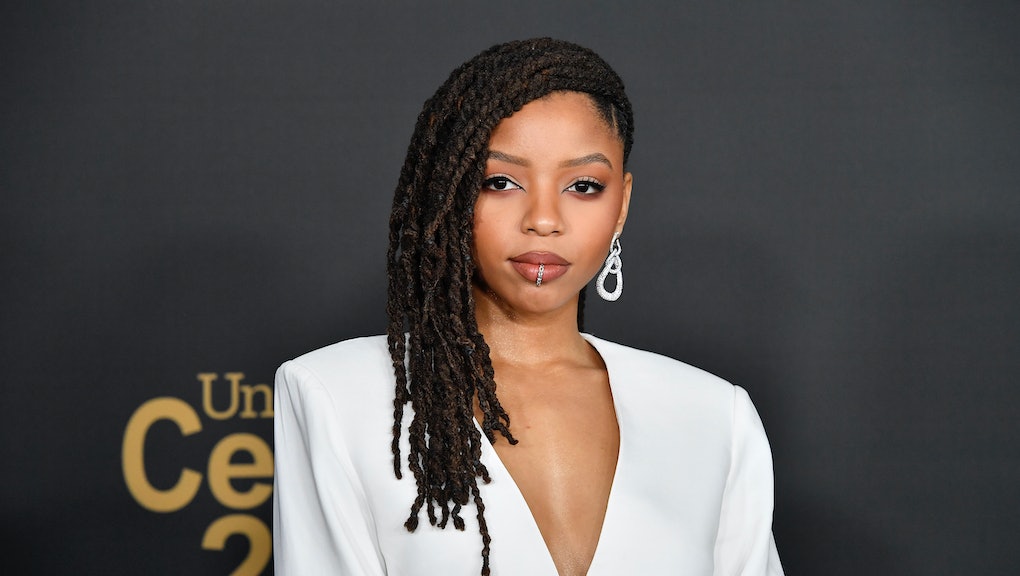 Chloe Bailey shouldn't have to explain her sexy Instagrams

The sister singers behind Chloe x Halle launched separate Instagram pages last week, after previously only posting as a duo. But when 22-year-old Chloe Bailey posted selfies to her solo account, some of them sexy, a surprising number of people freaked out. Trolls accused her of flaunting her body for attention. Some folks just openly drooled over her. All the attention and shaming got so bad that the singer felt the need to publicly address it on Instagram Live.

Bailey grew tearful on Sunday while talking about how the deluge of unsolicited opinions was affecting her. She also defended her social media content. “For every woman out there, don’t change who you are to make society feel comfortable,” she told her followers. “I’m telling myself that’s not what I’m going to do.”

But Bailey noted that even her most innocuous posts were getting attention for the wrong reasons. In a recent one, she lights palo santo and sage while lounging around in a T-shirt and underwear. “I didn’t really notice you all were talking about my ass because I was like, ‘OK, I’m just walking in for one second, two seconds…’” the singer explained. “And I feel like I’ve shown my ass more than I have with that, like if you look at our performance videos.”

She’s got a potent point: like legions of other female artists, Chloe x Halle perform in skimpy costumes all the time. Both sisters are exquisite beauties with stunning figures — not that that’s a prerequisite for wearing revealing clothing, by any means. But it’d be nice if society were a little less scandalized by a woman unselfconsciously existing in her body these days.

Bailey knows she’s far more than her looks: “I just felt it was important to address it, so you guys get to kind of know who I am inside," she told her followers. The singer added that all the attention is overwhelming, yet flattering.

“It’s really hard for me to think of myself as a sexual being or an attractive being, quite frankly,” she said. “So when I see all the uproar about my posts and stuff, I’m a bit confused. Like, I really don’t understand because I’ve never seen myself in that way.”

Female musicians are disproportionately judged on their appearance, whereas male artists often “make it” purely based on talent. Just look at the invasive scrutiny of Billie Eilish’s body, when she dared to wear form-fitting clothing in public. For a striking example of how we treat male celebrities by comparison, one only has to read the furious responses to this Redditor who opined that Childish Gambino was “a little too chubby to always have his shirt off” two years ago. His fans ripped the anonymous poster a new one.

In the same way that Donald Glover is quite obviously allowed to parade his perfect torso around shirtless if he wants to, Chloe Bailey should be able to shake her booty in her bedroom without it becoming a thing.

“I don’t post what I post to get attention, I don’t need that,” the singer added during her livestream. “I’ve learnt I don’t need outside attention, so you all seeing what I’m posting is just me being me. I just hope you can see who I am, that’s it.” We hope so, too.

More like this
Alanis Morissette says she was the victim of statutory rape in a new documentary
By Kara Weisenstein
I never want Tucker Carlson to stop talking about Nicki Minaj's cousin's friend's enormous balls
By Rafi Schwartz
The moral of Nicki Minaj and the Tale of the Giant Balls? We need to explain vaccines better
By Kara Weisenstein
Stay up to date