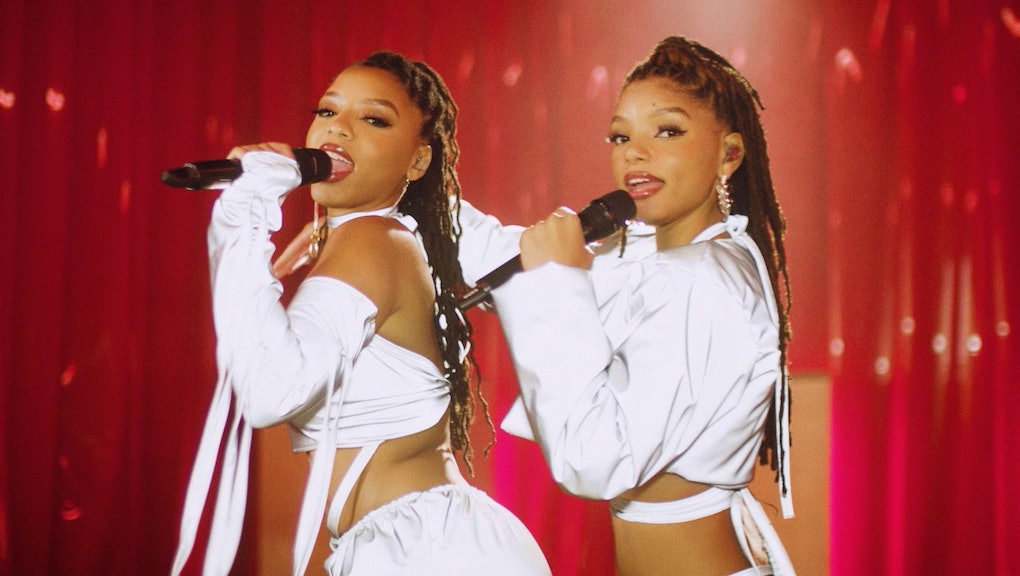 This year's VMAs will honor the best quarantine performance

Stars are in lockdown, just like us! And delightfully, that’s led to a glut of great celebrity quarantine content. David Lynch is hunkered down in LA reporting the daily weather. Patrick Stewart performs one Shakespeare sonnet a day over on Facebook. Chloe x Halle are delivering life-giving performances from their at-home tennis court. Ever hip to the times, the MTV Video Music Awards announced two timely new categories for 2020 reflecting how coronavirus has shaped the year in music: best quarantine performance and best music video from home.

Queens of the genre, R&B duo Chloe x Halle — who have successfully promoted their new record during the pandemic with the aforementioned tennis court performances — are nominated for best quar-formance for their intimate, joyful rendition of “Do It” on MTV’s virtual “Prom-athon” in May. Other nominees in the new category include Lady Gaga and John Legend, for their respective performances on “One World: Together At Home.” Also in the running is DJ D-Nice, who threw a frankly lit virtual dance party with celebrity cameos for “Club MTV presents #DanceTogether.” CNCO’s “MTV Unplugged At Home” and Post Malone’s tribute to Nirvana round out the list.

The best music video from home nominees are Ariana Grande and Justin Bieber, for their hit collaboration “Stuck with U,” featuring tons of fan-generated footage. Drake is nominated for his manufactured-for-virality “Toosie Slide” video, which is just him in a mask looking lonely and dancing through his opulent mansion. John Legend’s “Bigger Love,” 5 Seconds of Summer’s “Wildflower,” blink-182’s “Happy Days” and twenty one pilots’ “Level of Concern” are also in the running. That last one topped the Billboard rock charts for seven weeks with the topical lyric, “Will you be my little quarantine?”

Pandemic aside, protest songs released in the wake of the deaths of George Floyd, Breonna Taylor, Ahmaud Arbery, and others earned VMA nods in the video for good category. H.E.R.’s “I Can’t Breathe,” Anderson.Paak’s “Lockdown,” and Lil Baby’s “The Bigger Picture” are all nominated, all of which are about the Black Lives Matter movement.

CBSViacom’s head of music, Bruce Gillmer, noted this year’s VMAs are intended to reflect the weird, awful realities we’re all facing in 2020. "We're excited to unveil the incredible list of VMA nominees who shaped this year's unique music landscape and bring fans a show that celebrates the powerful unifying force of music," he said in a statement.

It’s true: music is comforting and unifying in these difficult times. And quarantine content from celebrities has been one of the few bright spots in an otherwise very dark year. It’s rad of the VMAs to recognize that. It’s a reminder that while we all may be socially-distanced from one another in our domestic bubbles, art has the power to help us feel like we’re less alone.