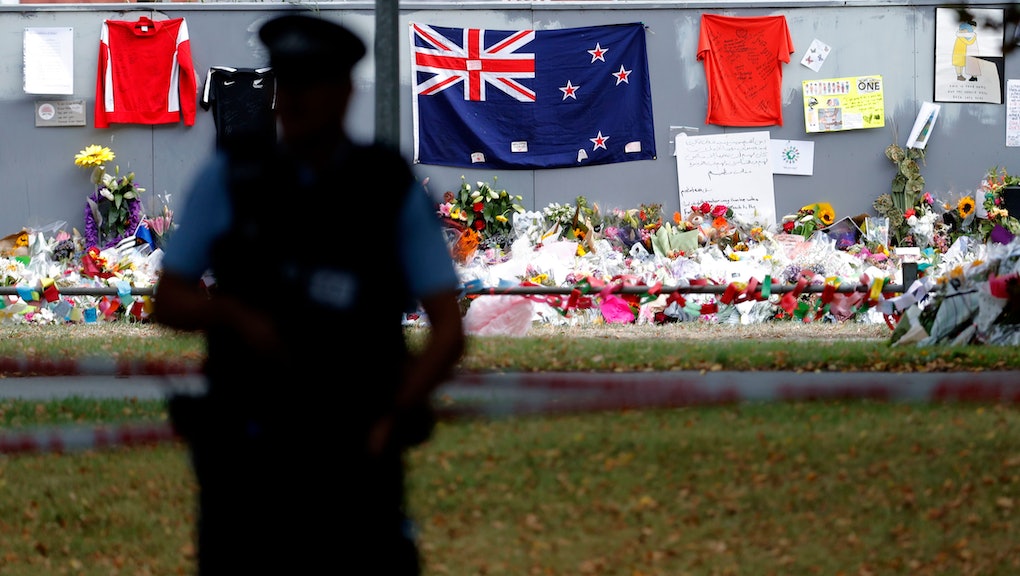 Prison officials in New Zealand allowed the man accused of carrying out the mass shooting in Christchurch to write a letter to an admirer sympathetic to his cause. The six-page, handwritten note from the alleged gunman Brenton Tarrant was filled with messages about his hateful ideology and calls for more acts of violence. Now, the Christchurch shooter's letter has been posted on 4chan.

The letter appeared on the "pol" board on 4chan, otherwise known as the "politically incorrect" board. Pol has become well-known as one of the more controversial communities on 4chan and often hosts anti-Semitic and white supremacist content. Relatedly, it's also become a breeding ground for the alt-right. In a post, a user wrote, “A couple of months ago I sent a letter to Brenton Tarrant and today I finally got a response.” He proceeded to share photographs of all six pages of the letter, which can be seen with an envelope stamped from Auckland Prison.

For much of the letter, the accused gunman recounts a trip to Russia that he took in 2015. He praises the nation, calling it one of his "favorite countries." He also thanked the man he was corresponding with, a person named Alan who lives in Russia, for writing to him. However, later in the letter, he begins to recount some of his racist political beliefs — though he writes he chooses not to go into great detail for fear that the guards will confiscate the message. He ends the letter with a message that could be construed as a kill to violence, stating that a "great conflict" is coming and telling the recipient, “do not forget your duty to your people.”

The alleged shooter's motivations for carrying out an act of terrorism in Christchurch, New Zealand are already well known. He published a 74-page manifesto that appeared on 8chan prior to committing his heinous crime that took the lives of 51 people. The text was filled with racist, white supremacist content. However, allowing the letter that rehashes some of those views to not only be sent out to an admirer but to be published online is effectively allowing the shooter to spread his own propaganda from prison. Members of 8chan — a website best known for hosting child pornography rings and playing host to hateful ideologies — have taken to praising the Christchurch shooter some even providing instructions on how to send mail to the accused killer while he is in prison.

On Wednesday, New Zealand Prime Minister Jacinda Arden said that allowing the letter from the Christchurch shooter to be sent out was a mistake. Likewise, Corrections Minister Kelvin Davis said in statement that "this cannot happen again."