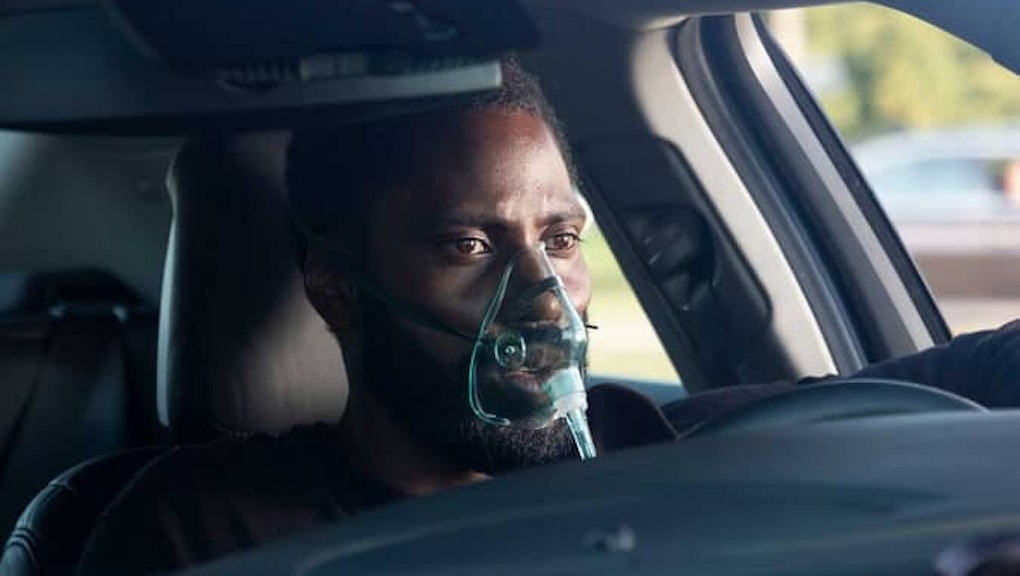 Like Star Wars: The Rise of Skywalker and Travis Scott before it, Christopher Nolan’s Tenet debuted some new material in Fortnite on Thursday. Nolan, who has a near-sadistic commitment to the theatrical experience, made one major concession by premiering its latest trailer in a video game. He appears to want this thing to open far and wide, and to be one of the first films to do so. While Tenet had greatly scaled back its marketing and eluded an official release date in favor of “coming soon,” the trailer’s YouTube description and official social media accounts currently list it as July 17, which of course is subject to change.

But how about that trailer: Although few particulars are known about Tenet’s plot and premise, it promises another trippy mind-bender of a thriller from Nolan. Starring John David Washington, Robert Pattinson, and Elizabeth Debicki, it appears to focus on a team of time-bending spies who are able to replay events in reverse to...fend off World War III? Whatever, I’ll roll with it. After several years of reinventing himself as one of our greatest actors and microwave pasta chefs, Pattinson seems to be relatively loosened up here as one of Washington’s wry mentors.

Nolan has been a fierce advocate for movie theaters, penning a Washington Post op-ed in March that called on moviegoers and Congress to provide necessary relief to theaters and their workers throughout the pandemic. This tracks with everything he’s said up to this point about getting his films to play on the largest screen possible, but the inherent health hazards behind opening in July might speak more to his own financial benefit.

There’s symbolic value to be had in Nolan bringing the first blockbuster back to movie theaters — not counting Russell Crowe’s Unhinged before it — but some have called attention to his contractual rewards for a huge opening. Nolan’s reportedly set to earn 20% of Tenet’s first dollar gross — which could be in the ballpark of $100 million if it grosses on the low end of his last five releases, or an exorbitant amount if it plays like a worldwide smash.

Tenet, like any other film testing the waters with an early release, doesn’t have any reliable data or precedent for the public’s moviegoing habits during a pandemic. There’s also no way of measuring in advance how damaging a new film opening could be from a public health standpoint. Nolan and Warner Bros. will have to decide between having the marketplace all to themselves in July, with a decidedly riskier and anxious climate, or delaying until it becomes more crowded with new releases and viewers. Either way, human life appears to be just a fractional concern when it comes to getting Tenet on the big screen.