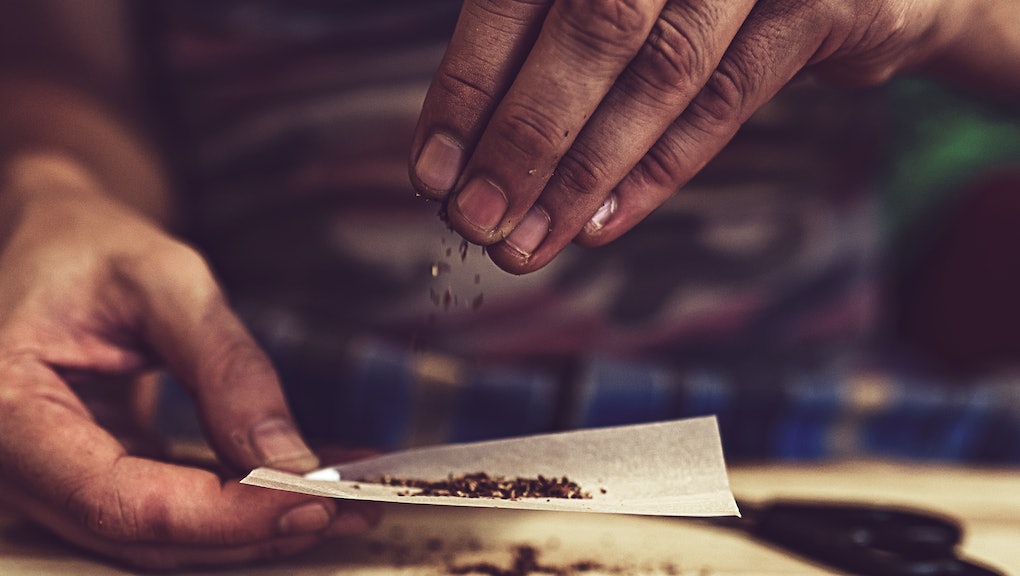 On Wednesday, June 10, the House Judiciary Subcommittee on Crime, Terrorism and Homeland Security held a hearing on racial justice and marijuana reform. The Congressional hearing is the first hearing to specifically address how to approach cannabis legalization, with advocates calling it “historic,” CNBC reports.

Experts testified about the devastating impacts of cannabis prohibition, whose enforcement has disproportionately affected Black and Brown communities. They also cited the economic benefits of the cannabis industry, as well as its lack of diversity, and called for the complete removal of cannabis from the Controlled Substances Act, which classifies substances subject to federal regulation into five categories, or schedules. Cannabis falls under Schedule 1; drugs in this category are the most strictly regulated and using them for anything other than research is illegal.

So far, 26 states have legalized or decriminalized marijuana, per Vox, and 68% of registered voters who responded to a 2018 Center for American Progress survey supported legalization. Lawmakers at the hearing seemed to mirror their constituents’ attitudes. According to Roll Call, they agreed on the need to reform federal cannabis laws — but remain divided on how to go about doing so.

“The biggest advancement is that we’re having this conversation,” Chris Lindsey, director of government relations at the Marijuana Policy Project, tells Mic. “The direction the conversation goes is yet to be determined.”

Much of the debate among lawmakers has centered on whether to allow states to set up their own regulatory systems or develop a comprehensive, detailed federal regulatory system, Lindsey says. While several legalization bills exist, he says the STATES Act and the SAFE Banking Act, both discussed in the hearing, reflect these two philosophies and are the bills most likely to pass into law. The STATES Act would amend the Controlled Substances Act, as well as protect cannabis-related activity considered legal at the state level from punishment for violating federal marijuana laws, according to CNBC.

Meanwhile, the SAFE Banking Act, Lindsey explains, would leave the Controlled Substances Act alone so that cannabis remains an illegal drug at the federal level, but would offer “a clear path” to banks that serve cannabis businesses in compliance with state law. As it stands, many banks worry about providing services to marijuana businesses, the Washington Post reports.

CNBC reports that some oppose the STATES Act because it falls short of tackling equity issues. “We need to reinvest in those individuals and those communities that have been disproportionately impacted [by marijuana prohibition],” said Baltimore City State’s Attorney Marilyn Mosby, who testified before the subcommittee. “The STATES Act does not do that.”

Rep. Matt Gaetz of Florida, who co-sponsored the STATES Act in the House, urged his colleagues to support it despite such shortcomings, since it could represent at least initial progress toward legalization. He worries, however, "that concerns over how far to go on some of the restorative elements in our policy could divide [their] movement,” according to CNBC.

Although exactly how lawmakers will pursue cannabis reform remains to be seen, Lindsey says that legislation that allows states to create their own systems is more likely to drive equitable legalization—even though, historically, the federal government has been the one to enforce civil rights cases. “Part of the reason is that it will take quite a bit of work to overhaul the entire federal system with respect to marijuana,” beyond removing it from the Controlled Substances Act, he explains. “We’re going to see a lot more movement in terms of equity and access at the state level because that’s where those conversations are already happening.”

Among the most notable examples is Illinois, whose recently-passed legalization law takes major steps toward repairing the harms of the War on Drugs by expunging hundreds of thousands of marijuana-related offenses and providing funding for people of color to benefit from the legal cannabis industry.

The subcommittee hearing is only a first step toward figuring out how to proceed with cannabis reform, but Lindsey agrees with advocates who have deemed it historic. “It provides a very real avenue for the broader legalization discussion to continue and to get more specific in various ways.”

More like this
Canada's Proud Boys are calling it quits
By Rafi Schwartz
Title IX will once again protect against gender identity discrimination
By Rafi Schwartz
FEMA said it would reimburse cities for housing homeless people. Most cities ignored the offer
By AJ Dellinger
Stay up to date