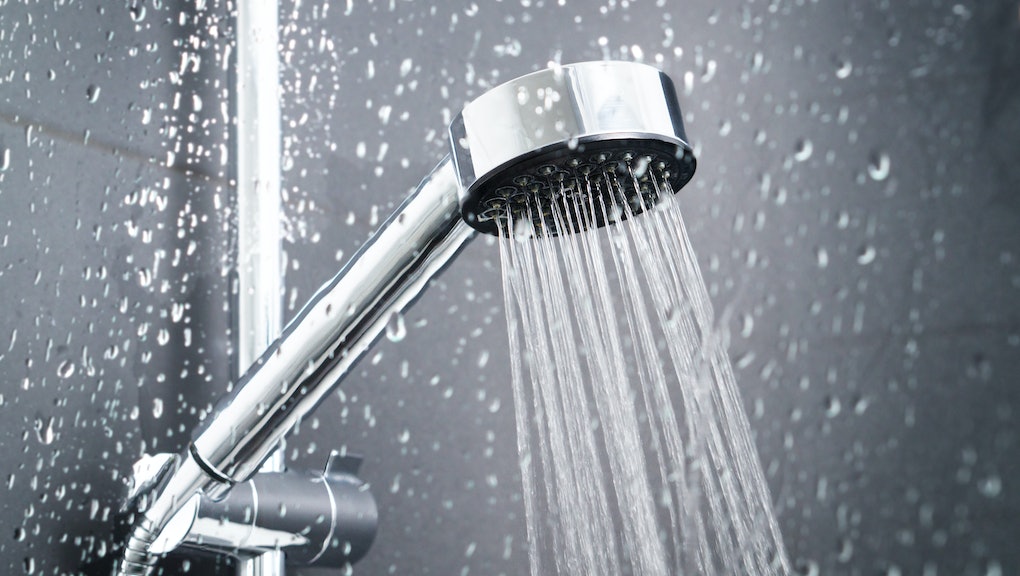 Conserving water when you shower is as easy as looking at a clock, scientists say

There's a very simple way to reduce the amount of time you spend in the shower: Get a clock. The results from a preliminary study — a small study that tests whether a larger study would be practical and affordable — has suggested that being visibly aware of how long you're in the shower will help you conserve water. This early finding is consistent with previous research that found hotel guests shortening their shower times when the bathrooms were fitted with monitors.

Researchers at Cranfield University picked 25 dorm rooms and fitted them with shower monitors that noted how long the showers lasted. Over the course of four months, they found that these monitors helped people shorten their shower times by 20-30 percent. On average, that meant people shaved about two minutes from their usual washing time.

According to the United States Geological Survey (USGS), just one minute of showering can use up five gallons of water. So two minutes can make a big difference when considering the population of the U.S.

It's important to folks concerned about sustainability to learn how to cut their showering habits. But curbing your shower time can be a difficult task. Showers can be warm, comforting, and the perfect place to rehearse your singing. It's typically a private activity where you won't feel judged. And that's the problem.

"The difficulty with [creating showering limits] is that [showering] is, for good reason, a hidden behavior," said Dr. Heather Smith, from the Cranfield Water Science Institute, in a press release. Which means that, just because no one can see and judge us, we feel less pressure to control our showering habits and save water. "There are limitations on what factors can influence these hidden behaviors, unlike other more visible behaviors, such as buying plastic bags, which are more readily influenced by social norms."

Therefore, feedback becomes the key to teaching people how to adjust their behavior. "These initial findings show that unobtrusive sensors can be effective at capturing anonymous data on hidden water-use behaviors," added Dr. Smith, "and that real-time feedback displays can have an influence on those behaviors to promote water conservation."

But this is still just a preliminary study. A fuller and larger study "will incorporate additional forms of messaging to explore the effects of different influential factors on shower behavior over the longer term." In layman's terms, that means a bigger study will study different ways of monitoring and giving people feedback. Then, the researchers can analyze which methods work best for people for the long-term.

Water conservation plays a part in making a lifestyle more sustainable for the environment. With water shortages being a very possible reality for the U.S. in the future, studies that show how we can learn how to save water could provide us with some much needed tips and information.