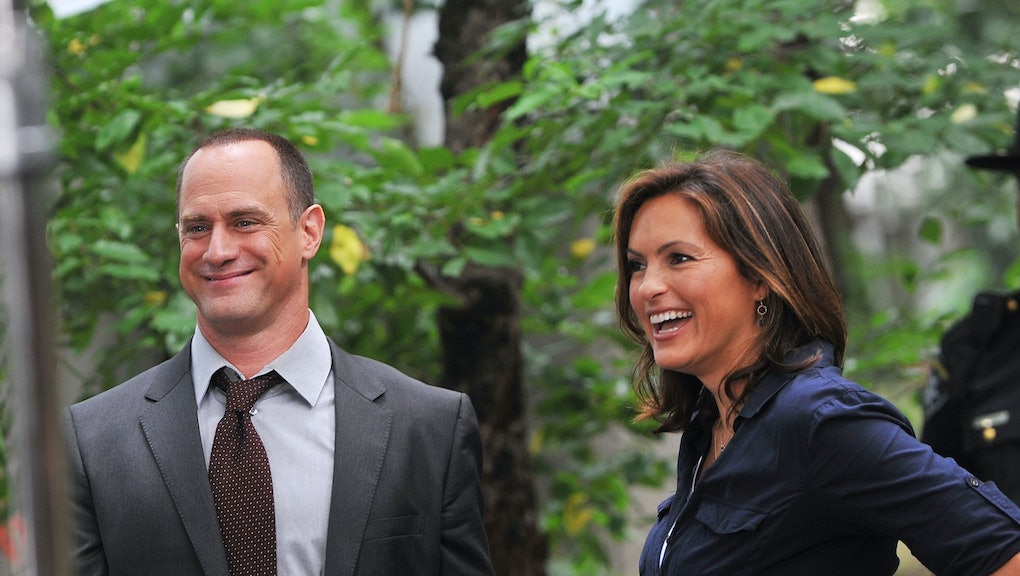 With unrest gripping the nation, it’s a time for us all to examine the ways, large and small, that we knowingly and unknowingly prop up corrupt systems — for example, how we collectively think about cops. Whether you realize it or not, crime shows like Law & Order skew our ideas of how police officers ought to act, which is a problem when sweeping change calls for defunding and taking power away from law enforcement.

As Mic’s Opheli Garcia Lawler reported in January, racial justice organization Color of Change published a 152-page report on the ways TV shows about cops have waged an effective public relations campaign on behalf of police. Essentially, the trope of “good cops doing bad things,” often in the name of justice, enforces the notion that when police act illegally or unethically, it’s somehow permissible.

Crime dramas are ubiquitous on television, the centerpiece of every network’s primetime lineup and the backbone of marathon cable programming. But nearly all of them center on the police as main characters. Thinking again about the archetype of the genre, Law & Order, the only consistent faces from episode to episode are the officers investigating the heinous crime du jour. The Color of Change report evaluated 26 different series about law enforcement and found that when people of color were on these shows, they were usually portrayed as the perpetrators of crimes and rarely as victims. Unsurprisingly, only five of the 26 series had showrunners who weren’t white men, and only six of them had one or more black writers on staff.

Interestingly, as people become aware of the connections between pro-cop propaganda and real-life police brutality, actors who’ve played officers on TV have begun stepping forwards and publicly donating a portion of their revenue or residuals from the job. It’s a drop in the bucket, but a gesture of solidarity nonetheless. The real change takes hiring black writers, filmmakers and creatives to tell stories representative of their lived experiences.

More like this
'Dr. Death' clings to the wrong part of a true story
By Chloe Stillwell
Dua Lipa has officially distanced herself from DaBaby
By Kara Weisenstein
8 shows like 'Ted Lasso' to watch if you need more feel-good TV
By Brandon Yu
Stay up to date