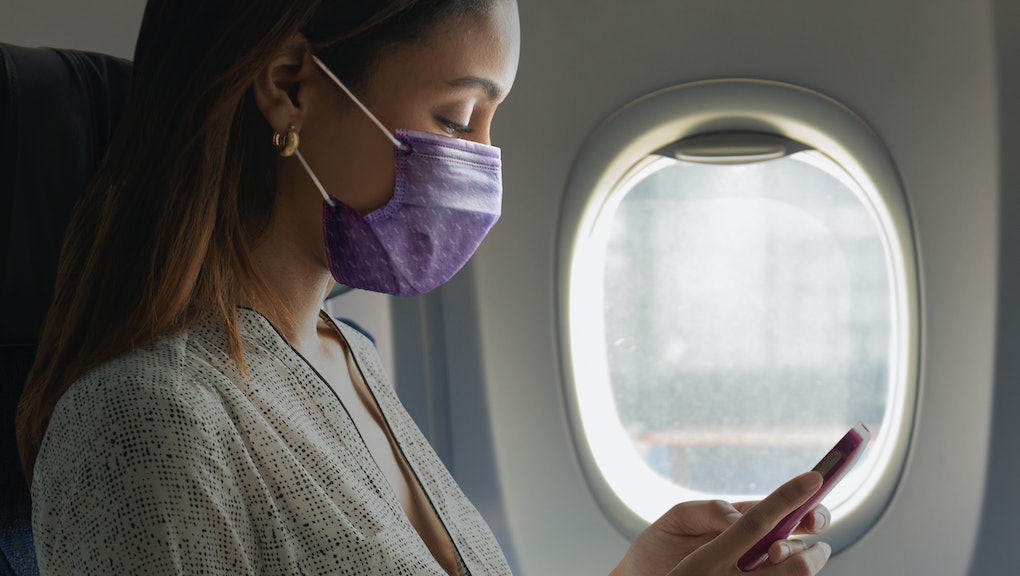 Coronavirus and air travel: What airlines are doing to help keep you safe

Because of coronavirus pandemic and the resulting quarantine, the airline industry has taken a major hit. In order to stay above water, most airlines in the U.S. have restructured their schedules and created new guidelines with pandemic safety in mind, in order to make potential travelers feel more confident to get on board. As of mid-July, domestic flights have been flying at about 50 percent seating capacity, but there are some airlines who have thrown caution to the wind and are still flying packed. If we choose to fly right now, how safe we feel will depend on each airline's unique approach (if any at all) to social distancing, cleaning, and capacity. Here are the safety measures 6 major U.S. airlines currently have in place that might help you decide if you want to take the risk.

I hold a special place in my heart for Southwest Airlines, mostly because while they are scrappy, they have been reliable to me and my wallet. As it comes to safety measures, according to the Southwest website, the budget airline is using both electrostatic and anti-microbial spray on every surface of the aircraft, like other airlines further down on this list. This spray forms an anti-microbial coating that kills most viruses and bacteria on contact for 30 days. Southwest also has been using a further disinfectant, saying that they “deep clean each plane from nose to tail for nearly 6 to 7 hours every night” which seems excessive, and I appreciate that.

Southwest is also keeping middle seats empty through the end of September so that people can physically distance and are requiring masks while on flights, making them one of the safer options to fly domestically at the moment.

For American Airlines, the guidelines/precautions that are omitted on the safety section of their website are far more telling than what's spelled out. While AA has clear sections marking what they’re doing to keep your check in experience, their lounge and boarding areas, and the actual airplanes clean, they don't discuss physical distancing on any of their planes. They did announce, however, that on July 1 their planes have resumed full capacity seating. With virus hotspots still popping up around the country, this has been a cause for concern among many people (including a Senator) who have flown with them recently assuming that middle seats would be empty.

Also, when you go to book a flight, an alert stating this greets you: “A face covering is required while flying on American, except for young children or anyone with a condition that prevents them from wearing one. Noted.

Like many of the other airlines on this list, JetBlue safety precautions include requiring face masks on flights, thoroughly disinfecting their planes, and waving change and cancel fees. More conveniently, however, JetBlue’s COVID-19 safety page includes a handy list of international travel advisories and entry requirements by state and by country, which is convenient for those folks who don’t know or can’t find the information, especially on other airlines.

JetBlue is also currently blocking middle seats on larger planes (and most aisle seats on smaller ones) for all flights through September 8.

Delta has reported an 88% drop in revenue in the second quarter of the year, losing a total of $5.7 billion. Part of that is due to the fact that their safety measures can be credited as one of the best, blocking the selection of middle seats and capping seating in every cabin, at least until the end of September.

Fewer seats for Delta means less revenue, but in this overly cautious traveler’s opinion, Delta showing that they’re being more cautious now will lead me to think of them more highly in the future post pandemic. I’m looking at you, American.

United Airlines appears to be a mixed bag, safety wise. While it was reported recently that United passengers must wear a mask in the airport as well as on their flight or risk being banned from flying, they have resumed booking flights at full capacity which some feel defeats the purpose of any other safety measures they’ve put in place. But, for their part, their online safety measures outline their use of Clorox products to clean and disinfect airplanes, and are requiring face coverings over the nose and mouth on planes and in the airport unless you’re eating or drinking.

Also, in early May, the United stated in a tweet that “starting next week, customers on flights that are expected to be closer to full capacity can rebook on a different flight or receive a travel credit. We’ll do our best to reach out about 24 hours before departure and we’ll also provide options at the gate.”

Gotta say “we’ll do our best” seems to be doing a lot of the lifting in that tweet, and others share that same sentiment, complaining about the onus on the passenger to rebook if they’re afraid of a packed flight rather than United being proactive in helping quell potential community spread.

Oh, Spirit Airlines. Often the target of ire and the source of many a comedian’s most treasured sets, Spirit Airlines has held the ire of many a traveler over the years. While Spirit isn’t flying at full capacity, they are flying at 80%, which is, well, pretty close to full. However they are requiring masks on flights except for young children, and disinfecting planes with an anti-microbial product that “forms an invisible barrier on all surfaces and kills bacteria and viruses on contact for 30 days.”

Also, they’re known for their fun surprise fees, but amid the pandemic, they’re waiving change and cancellation charges for guests who book by July 31, 2020.