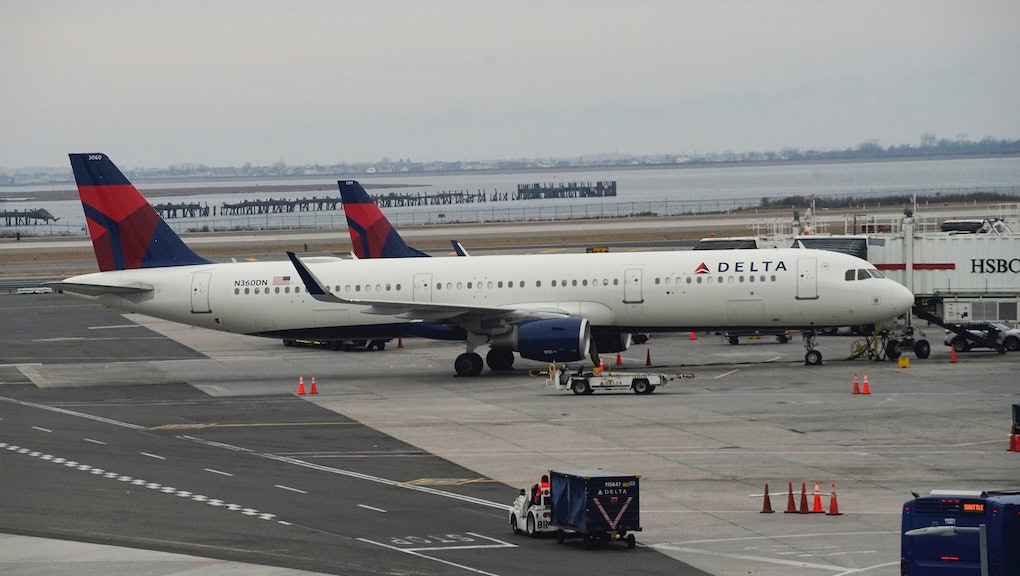 Airlines are responding to the unfolding coronavirus crisis in ways that could, for better or worse, impact your travel plans. American and Delta, two major US airlines, announced plans to cut their international and domestic schedules this morning while other airlines are dropping prices in order to fill seats. These moves are attempts to recoup the losses they face in the wake of government-imposed travel restrictions and consumer fear of travel-related infection.

American Airlines said that it would reduce domestic flight schedules by 7.5% this spring and international flight schedules by 10% this summer in order to minimize the damage coronavirus might pose to the financial health of the company, CNN reported. Delta is cutting back domestic flights by 10-15% and international flights by 20-25%. "Should the environment get worse, we can go deeper," Delta CEO Ed Bastian told CNN.

In addition to flight restrictions, Delta is planning to reduce operating costs by deferring maintenance spending and instituting a hiring freeze, CNN reported. Southwest Airlines CEO Gary Kelly told employees in an email Monday that he would be taking a voluntary 10% pay cut in order to help offset the economic downturn. These moves are in response to the major drop off in bookings for air travel.

There may be some consumer benefit to the grim outlook for the airline industry. Flight ticket prices are dropping quickly for both domestic and international travel, Vox reported. There are some great deals out there, with some flights at well less than half of their usual cost.

When I searched direct flights from New York to Miami, for example, I found a Friday to Sunday on American for $97. Spirit, which is painfully cheap to begin with, has flights around $50 from New Orleans (where I live) to Atlanta, Houston, and Nashville. Internationally, there are United flights to Paris and Amsterdam for under $500 round trip during the next few weeks, and a week-long round trip to San Jose is $182 on American. And if you’re feeling really lucky, flights within China are as low as $4 on local budget airlines.

If you’re feeling brave and know all the ways to keep safe when you travel, it’s a cheap time to buy that bucket list adventure.

More like this
The travel industry still ignores people with disabilities
By Brian Garrod
How to not be a jerk on the plane, according to flight attendants
By Melissa Pandika
The second vaccine shot is actually the star, new research shows
By Tracey Anne Duncan
Stay up to date