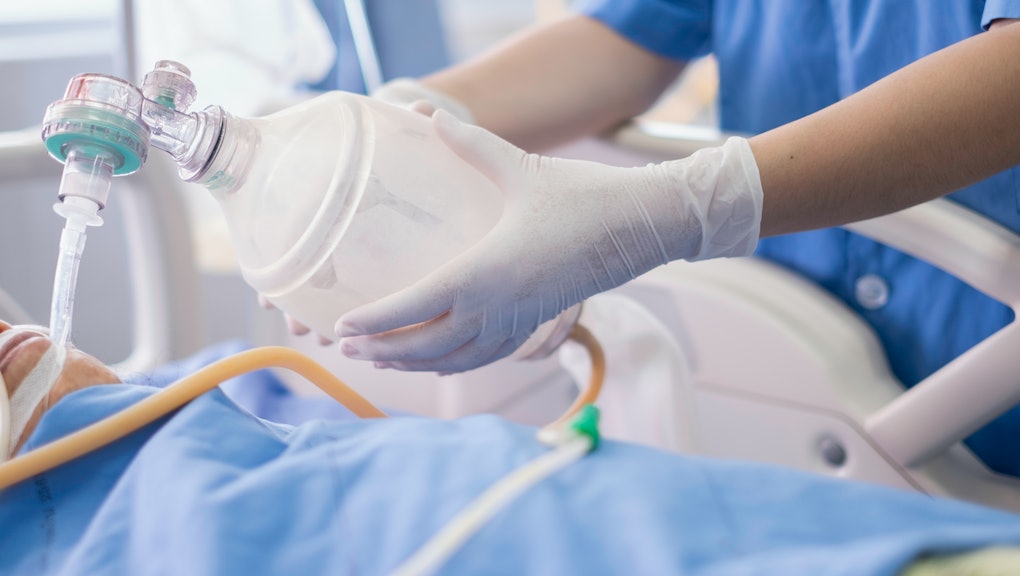 Coronavirus is still rampant, but apparently less deadly. This could be why

In America, with more than 8.7 million confirmed cases to date, 227,697 people have died from coronavirus. For perspective, that's more than four times the amount of American soldier casualties of the Korean War. Despite this, Trump still declares, confusingly, that the virus is "over." Although it very much is not, researchers have found some encouraging data. It seems that people who contract the virus now are dying from it a lower rate.

Back in the spring, things looked pretty bleak, but the death rate around the country for those infected thankfully declined, even though the virus continued ravaging through the summer. While nearly millions of Americans have been infected at this point, medical professionals noticed the survival rate seemed to be improving. While doctors are hesitant to say coronavirus is any less dangerous, it does appear to be killing fewer people. Why?

The medical community’s first guess was that the elderly are being infected less as they lock themselves down more stringently than some young people, who if you remember over the summer, partied hard at super spreader events around the country. But the reason for this improvement is not so simple, and frontline workers deserve some of the credit.

Researchers at NYU Langone Health recently offered some insight into what else might be happening here. After analyzing the results of more than 5,000 patients hospitalized at three NYU hospitals from March through August, they realized that older people's newfound caution and young people's brazen behavior was only small part of it.

Death rates also improved among men and people of color, all who are affected at higher rates by the virus than their counterparts. They even looked at patients with severe symptoms, like those with low blood-oxygen levels, and found that death rates had dropped to 7.6% in August.

We can likely attribute the decline in deaths to medical professionals who got a terrible crash course in coronavirus care in the spring (and are now more equipped to treat). For example, doctors know, now, to use steroid drugs and non-drug interventions, and other new coronavirus treatments, and that seems to be working a lot more these days.

Another reason for the decline is deaths could truly be us, just being smarter and more experienced. People are coming into hospitals earlier and taking that cough more seriously. Seeking care earlier in the course of this illness is important, since more severely ill patients need treatment that strains hospitals. With that in mind, hospitals aren’t experiencing as many equipment shortages now.

All in all, this news couldn’t be more welcome. As we continue to be vigilant, we'll hopefully to find more ways to defeat this microscopic evil.

More like this
Why some vaccinated people are still wearing masks outside
By Tracey Anne Duncan
Peloton finally recalled their treadmills after 70 injuries and 1 death
By Tracey Anne Duncan
What are COVID-19 escape mutants and how much do you need to worry about them?
By Melissa Pandika
Stay up to date