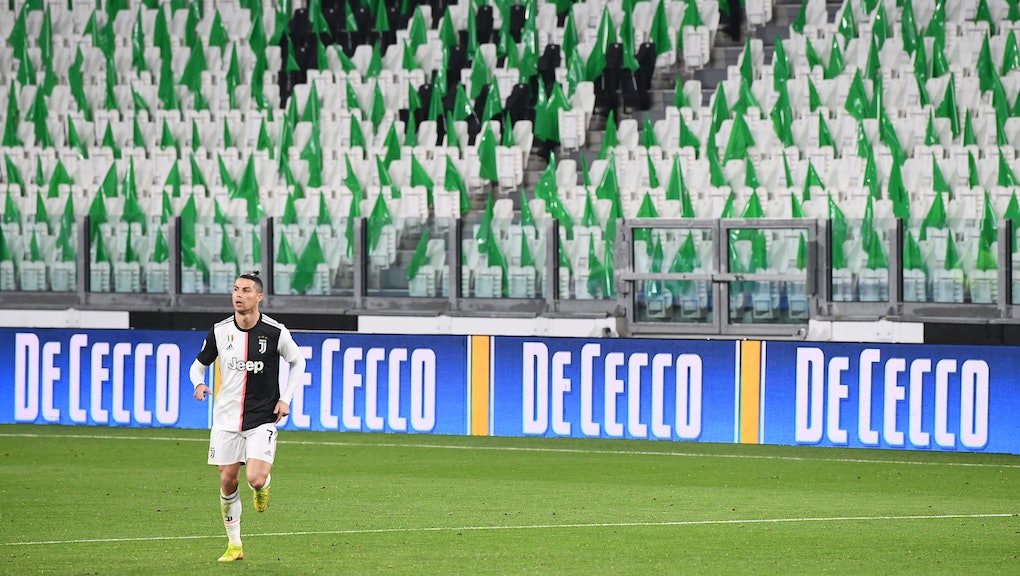 Coronavirus might make this the loneliest, most boring spring on record

The specter of quarantine, self-imposed or otherwise, is looming over many Americans — meaning spring 2020 could be pretty dull. Time to break out your hiking boots and enjoy the warm weather as far away from civilization as humanly possible! But people in big cities, who are used to routinely spending their leisure time doing stuff amidst crowds, are looking at a really lonely few months, potentially.

Cases of coronavirus in the US escalated sharply over the weekend, with the national total nearing 600 on Monday. There are at least 100 confirmed cases in New York state right now, mostly in Westchester County, with 19 in New York City, Governor Andrew Cuomo said. That means New York has surpassed the state of Washington, where Seattle has thus far been an epicenter of the outbreak, for most confirmed cases in the US.

Cuomo and New York City Mayor Bill de Blasio urged people to avoid dense crowds, especially on mass transit, over the weekend. Meanwhile, the city has stepped up efforts to keep its subways and buses clean, routinely disinfecting handrails, turnstyles and ticketing machines. One unexpected upside for New Yorkers grown accustomed to the city’s grimey patina: this may be the absolute cleanest you’ll ever witness the subway looking or smelling, so enjoy it! Just don’t touch any poles.

Around the world, cultural events are being cancelled and landmarks are shutting down. The government of Ireland cancelled St. Patrick’s Day parades across the nation, including its largest in Dublin, which drew an estimated half-a-million people last year. On Monday, Egypt restricted access to its most famous temples along the Nile, at the city of Luxor, amid fears the tourist destination had become an international transmission point for the virus.

The Louvre in Paris announced Monday it was restricting entry to the famous museum — only visitors who’ve already purchased a ticket online will be allowed inside. Last week, the Louvre was forced to close for two days after staff refused to work, citing concerns over crowds and the threat of sickness.

Italy, the hardest-hit European nation, shut down all of its museums on Monday. The country boasts some of the greatest art collections in the world, housed at institutions like the Vatican Museum, the Galleria Borghese in Rome, the Uffizi and Galleria dell'Accademia in Florence (where Michelangelo’s David lives), the Peggy Guggenheim Collection in Venice, and the Fondazione Prada in Milan. For the foreseeable future, they’re all shuttered.

In the US, a handful of festivals and cultural events have been preemptively cancelled so far. Ultra Music Festival in Miami was postponed until 2021 for the first time in its 21 year history on Friday morning. That afternoon, SXSW in Austin followed suit, cancelling the annual tech, music and film meetup just days before it was slated to begin. The annual Houston Livestock Show and Rodeo, the biggest event of its kind, kicked off just last week and runs through March 22, but thousands of people have signed a petition to halt it. As spring break season kicks off, Florida’s theme park industry is warily keeping an eye on the virus, though no official moves have been made to shut down “the happiest place on earth” or its brethren.

Vice President Mike Pence, who’s been charged with handling the virus on behalf of the government, actually encouraged families to visit Disney World and the like (though, like much of the administration’s medical advice, it should be taken with a grain of salt). “One of our favorite places to go when my children were young and even before my children came was in Orlando. Whether it be Disney World, whether it be another destination, whether it be cruise ships [...] Americans can confidently travel in this country,” Pence said on Saturday.

If things continue to get worse in the US, as actual medical experts are predicting they might, we could be looking at mass movie theater closures — like in China, where coronavirus has crippled the film distribution business. Buzzy movie premieres have begun shifting back their release dates. The highly-anticipated 25th installment in the James Bond franchise, No Time To Die, which was slated for April, will now drop in November.

While governments in China, South Korea, Italy, France, Ireland and other nations have moved swiftly and aggressively to curtail coronavirus, the Trump administration has been gaslighting the American public on the risks they face — a tactic medical experts have called the worst way officials could respond to the crisis; truth and info-sharing is the best way to combat an epidemic. (Look up the 1918 Spanish influenza outbreak and what happened when the government lied about it if you want some “hindsight is 20/20” context.)

Once again using New York City as a case study, if all the subway-disinfecting and amped-up personal hygiene doesn’t significantly curtail the spread of the virus, huge swaths of the city could be shuttered, just like in northern Italy. Broadway could shut down; Madison Square Garden and Barclays Center could close. The Mets and the Yankees could be playing to empty stadiums. The Metropolitan Museum of Art, MoMA and the Natural History Museum could be shuttered. And who wants to go to Ellis Island or the Statue of Liberty or Times Square during a communicable disease outbreak? These are entire industries that live and die on ticket sales, just like movie theaters. The entertainment sector could take a real wallop in the coming months, though de Blasio has promised assistance to small businesses that take a hit.

On a micro level, as Americans tenuously wait to hear whether they should act normal or take major precautions, it’s hard to know what to make of day-to-day life. Employers are encouraging people to work from home and schools are closing, but what about our nights and weekends? Cruises and festivals probably aren’t wise right now. But what about going out to bars or seeing live music in smaller venues? While there’s definitely more than enough content to stream to get you through an epidemic, shutting down the in-person parts of our lives could be way gnarlier than anyone’s expecting.