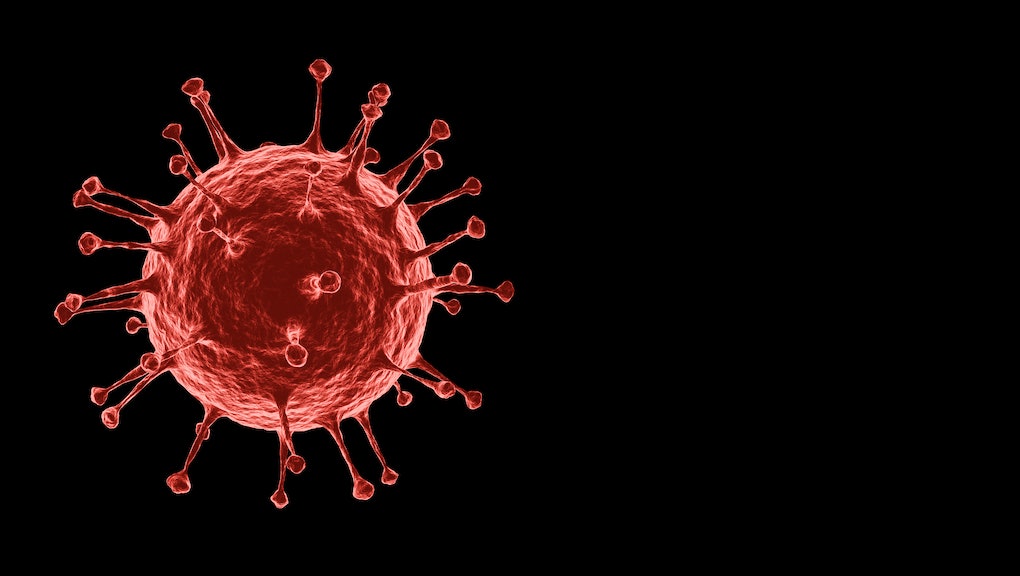 Coronavirus precautions have killed the flu in some countries. We won't be as lucky

The idea of adding another viral epidemic to our already overburdened healthcare system is terrifying to say the least, but unfortunately, with winter comes the potential for the double whammy of COVID-19 and flu season. Add to that the looming threat of an American police state and what we’re watching is, hands down, the most apocalyptic season of Black Mirror yet. And yet, it might not get that bad if we take a cue from other parts of the world. Preventative strategies used to curb the spread of COVID-19 all but killed the flu in the Southern Hemisphere.

In case you’ve forgotten some of your ninth grade earth science class, when it’s summer in the U.S., it’s winter in the Southern Hemisphere. That means that flu season should be at its peak in places like Australia, South Africa, parts of Asia, and most of South America. But, according to current influenza data released by countries in the Southern Hemisphere, flu rates are lower than ever, the Wall Street Journal reported. This has been a massive relief in countries like Chile and Argentina, whose healthcare systems are already overwhelmed by COVID-19.

“We were surprised by the decline in the other viruses like influenza. We never dreamed it would practically disappear,” Claudia Cortés, an infectious disease specialist in Chile, told WSJ. Chile, which had already recorded over 20,000 cases of flu by July 2019, has documented less than 1,200 total for 2020. And shockingly, there have been no new cases of influenza in Chile for the month of July, which is usually the height of flu season. To reiterate, that’s zero people reportedly managing the flu in the middle of Chile’s winter.

Australia, New Zealand, and South Africa are also reporting record lows in flu infection. Australia registered only 85 influenza cases in the last two weeks of June this year, compared with 22,047 confirmed cases for the two weeks of June 2019, reported the Wall Street Journal. That means that there were over 259% more flu cases last year in Australia in that time period. In New Zealand, only 0.7% of the population had flu-like symptoms in the first week of July, compared with 3.0% to 4.3% range for the previous two years. In South Africa, which generally sees around 50,000 cases of flu a year, there haven’t been enough cases in 2020 for doctors to even consider it a seasonal epidemic, reported the Wall Street Journal.

Why are these places seeing such giant reductions in influenza? Experts think it’s because of the strict measures imposed to prevent the spread of COVID-19. What all these countries have in common is that they appeared to take the novel coronavirus pandemic seriously right from the jump.

Meanwhile, in America, I fear that we may not be able to replicate the extraordinary pattern that global health experts are seeing in the Southern Hemisphere due to the flaccid and erratic attempts of our state and local governments to curb the spread of COVID-19. “The fall and winter of 2020 and 2021 are going to be probably one of the most difficult times that we’ve experienced in American public health,” Robert Redfield, director of the U.S. Centers for Disease Control and Prevention, warned in a YouTube address to the Journal of the American Medical Association on July 14th. Our too little, too late response may prove to be exponentially deadly when COVID-19 meets flu season in the United States this winter

Still, all hope is not lost. U.S. officials may have botched the response to COVID-19 in deadly ways, but some of the habits we’ve developed on an individual level may pay off when it comes to flu season. Habits like hand washing, mask wearing, social distancing, and getting a flu shot help contain the spread of flu and other respiratory diseases, reported the Wall Street Journal. That means that it’s more important than ever to remember that when we can’t trust the government to protect us from a deadly viral invasion, we can still protect each other.

More like this
A Hot Vax Summer is impossible when my family in India is still struggling
By Angel Kumari
This anti-vaxx doctor is seriously telling lawmakers vaccinated people are "magnetized"
By Tracey Anne Duncan
Why the origin of coronavirus is still a mystery
By Marilyn J. Roossinck
Stay up to date