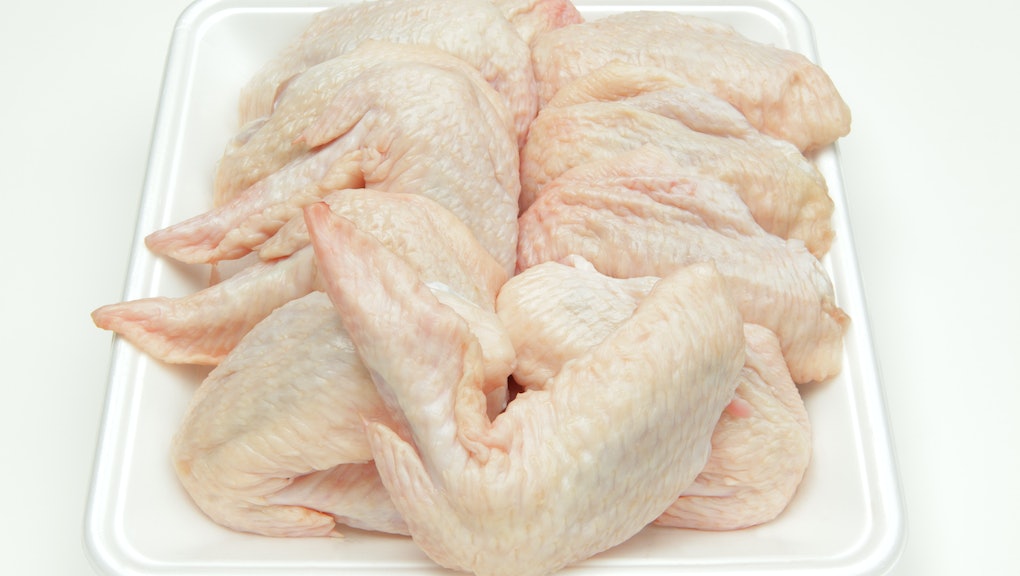 Coronavirus was found on chicken wings in China, but let's not panic yet

This week, samples of chicken and shrimp imported to China tested positive for the coronavirus, local authorities announced. The samples were taken from the surface of frozen chicken wings imported into the southern city of Shenzhen from Brazil; the contaminated shrimp packaging was found in Xian, a northern city, and had apparently come from Ecuador, Reuters reports. This news heightens concern about food consumption, foreign imports, and its relation to COVID-19. Brazil, where the contaminated wings came from, is at the moment one of the biggest hotspots for the virus, currently with 3.1 million cases and more than 109,00 deaths (the U.S., sadly, outranks them in both categories.)

Shenzhen’s health authorities have also tested everyone who may have come into contact with the potentially contaminated food products, and all results were negative. This is an encouraging silver lining when you think of all the safety protocols the world has put in place in recent months. Since the coronavirus started in China, the country has had 84,000 confirmed cases and 4,600 deaths, mostly due to the country’s stringent (and enviable) adherence to contract tracing and safety. Also, reports show in addition to screening all meat and seafood containers coming into major ports in recent months, since mid-June China suspended some meat imports from various origins, including Brazil.

People thinking of rushing over to the freezer to throw out all of their frozen meat should take a moment to calm down and think about it. This news is alarming, yes — at least until you use common sense to work through what it means for you and your refrigerator. The World Health Organization as well as the FDA maintain that there is no evidence of food or food packaging being associated with the transmission of COVID-19. The FDA has temporarily postponed physical inspections of imported products, which sounds concerning, but this is thought to help limit community spread. Our food supply chain currently employs other tactics like screening devices and other non-physical analytical instruments to help ensure the safety of products imported into the states.

An important sidenote: You shouldn’t handle raw meat then touch your face, since there are other uncomfortable things you can contract besides coronavirus: salmonella, E. coli, and other food borne illnesses, for example. The FDA suggests that you separate raw meat, poultry, seafood, and eggs from other food in your grocery shopping cart, grocery bags, and refrigerator. When you handle meat — from preparing to cooking and serving — wash your hands after handling raw meat, and don’t use the same board you cut raw meat to snack from once it’s cooked.

While viruses and bacteria, including COVID-19 can survive while frozen, this news from China shouldn’t cause undue alarm. Cooking food theoretically kills all food borne bacteria and viruses, so just follow the rules and adhere to the guidelines set in place since our great worldwide nightmare began and you should be safe enjoying your surf and turf.