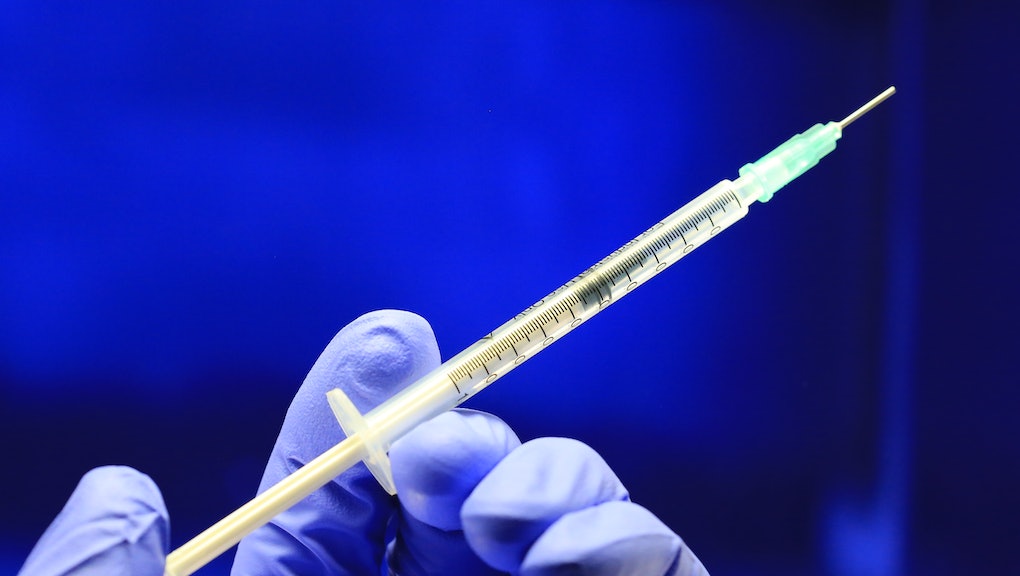 Could a polio vaccine protect us from coronavirus?

Scientists around the world are racing to create a COVID-19 vaccine, but they aren’t giving up on other ways of preventing and treating the novel coronavirus in the meantime. In a report published this morning in Science, researchers proposed that a polio vaccine could be used to protect us from COVID-19.

Is this proposition just another example of scientific spitballing? Only time –and testing– will tell. For us non-medical folks, it may seem bizarre to use a vaccine created to prevent one disease to prevent a totally different one, but there’s logic behind why researchers think it might work. It turns out that polio and the novel coronavirus have some things in common. They are both “positive strand RNA viruses,” which means that the way that they attack the body is by attaching to the positively charged strands in a human host’s RNA and replicating.

So even though polio and the novel coronavirus are different viruses, scientists think that the vaccine we’ve used for decades to ward off polio could also boost a person’s innate immune system in a way that also allows them to fight off the novel coronavirus, the Washington Post reported.

To be clear, the polio vaccine would not prevent coronavirus, but it could provide short term protection or a reduction in symptoms by increasing the immune system’s ability to fight it off. It could also help create the elusive herd immunity to COVID-19 we’ve been waiting for, which means that the majority of a population has the antibodies to a virus and becomes immune.

The idea is that the polio vaccine could boost enough people’s immune systems and allow them to fight off the novel coronavirus in a way that benefits the whole species by increasing the number of people who aren’t susceptible to the virus, reported CNN.

The polio vaccine, called OPV, or Oral Polio Vaccine, is not in use in the U.S. currently because we’ve been polio-free since 1979, but it is still in use in other countries. The benefits are that OPV has a low risk of complications and is easy to distribute widely because it is administered orally, CNN reported. Scientists are also looking at some other vaccines to help fight COVID-19, namely the one used to prevent tuberculosis, but many suggest that the polio vaccine is a better choice because it is, generally, safer and easier to distribute.

If helping people fight COVID-19 could be as easy as a few drops of repurposed old medicines, I say pour it up.

More like this
This new coronavirus-repelling mask has a shady chemical in it. Is it worth it?
By C. Michael White
Could COVID-19 lead to erectile dysfunction?
By Melissa Pandika
How scientists detect COVID-19 variants before they wreak havoc
By Darwin Bandoy and Bart C. Weimer
Stay up to date