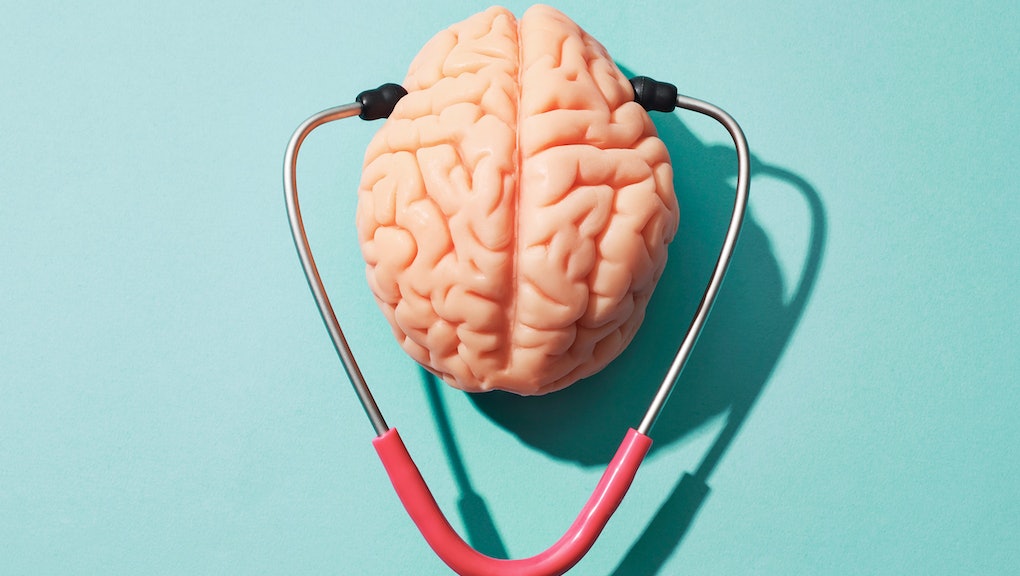 Could coronavirus really age your brain? Here's what we know so far

As the coronavirus pandemic becomes less novel, researchers are learning more about the symptoms and possible long-term effects of the disease. Scientists have long been suspicious that COVID-19 infection may negatively impact neurological function, and a new study seems to add evidence to their theory. The findings suggest that COVID-19 can age the brain up to 10 years, which implies a decline in function — but there are a lot of caveats, so let’s dig a little deeper.

The study, which is still underway, has tested the cognitive ability of more than 84,000 participants thus far. Their research suggests that coronavirus infection is linked to cognitive deficits — like being unable to remember words or complete a connect-the-dots- puzzle — for months after recovery, Reuters reported. All participants were asked to complete an IQ test — called The Great British Intelligence Test — and the results of people who had had COVID-19 were compared with those who did not.

The researchers concluded that people who had recovered from COVID-19 — including those no longer reporting symptoms — exhibited “significant cognitive deficits,” according to the study.

What is a significant cognitive deficit, though? Well, according to the study authors, this means that COVID-19 infection results in cognitive decline “equivalent to the average 10-year decline in global performance between the ages of 20 to 70.” In other words, the researchers think that contracting novel coronavirus ages your brain about 10 years.

But scientists who weren’t involved with the study are cautious to come to conclusions based on this research. “Overall [this is] an intriguing but inconclusive piece of research into the effect of COVID on the brain,” Derek Hill, a professor of medical imaging science at University College London, told Reuters. First of all, the study was published online on MedRxIV and has not been peer reviewed, which is considered the seal of approval in professional scientific research.

There are also some methodological concerns about the study. All of the study’s participants self-reported their COVID-19 infection status, and many of them had not received a formal diagnosis, nor had they completed the same IQ test before they were sick, which would have given a more valid before and after picture of a person’s intelligence. Plus, unaffiliated scientists pointed out to Reuters, no one can actually say how long this “significant cognitive decline” may last, since the novel coronavirus is so new.

Finally, it’s worth noting that The Great British Intelligence Test, which anyone can take online, was not actually created to measure cognitive ability in the way that traditional IQ tests are, but was instead designed to understand “how technology might be affecting our brains,” for a BBC investigation, the BBC reported in January. Like these pioneering, but perhaps too-quick-to-conclusion researchers, I am also suspicious that COVID-19 may have lingering effects on the bodies and minds of those infected, but I’m with the skeptics on this one. HMU after peer review.

More like this
This anti-vaxx doctor is seriously telling lawmakers vaccinated people are "magnetized"
By Tracey Anne Duncan
Why the origin of coronavirus is still a mystery
By Marilyn J. Roossinck
Magic mushrooms could treat depression better than some medications, a new study suggests
By Melissa Pandika
Stay up to date