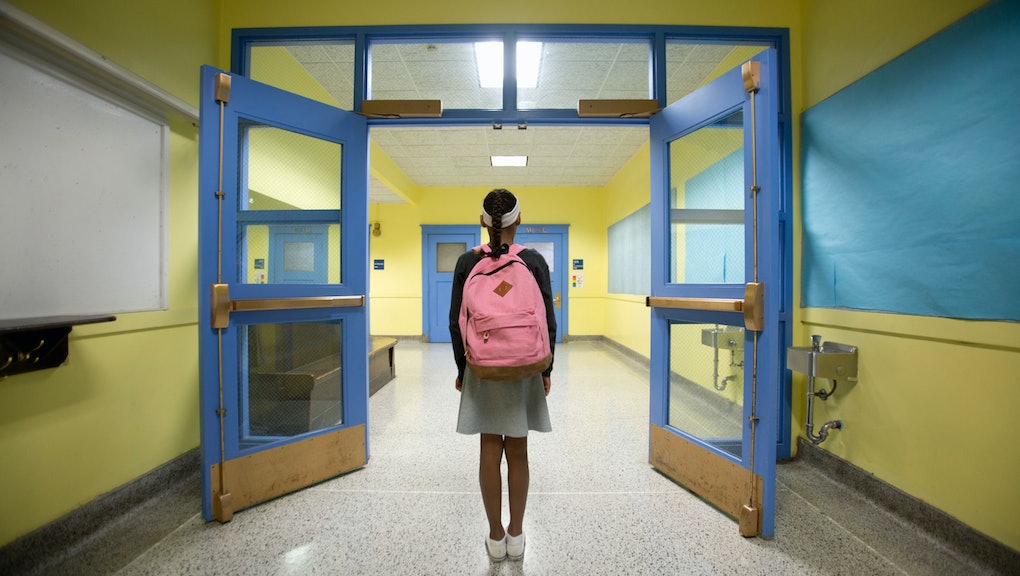 We’ve recently seen some poor unfortunate souls take to social media using the hashtag #CriticalRaceTheory to support a proposed ban on the truth-seeking academic movement in their states, inundating our feeds with lots of unsettling “there’s not a racist bone in my body” energy. However, angry parents who’d rather their children consume wholly inaccurate history lessons than learn empathy aren’t the only ones speaking up about this ban that 12 states, currently, are considering. People on the right side of this debate are thriving on TikTok, and they’re using (true) history to do it.

Republican lawmakers against teaching children critical race theory, or the practice of interrogating the role of race and racism in our society, are spreading their baseless, offensive opinions like wildfire. Unfortunately, they're also legislating the parts of our educational systems that encourage critical thinking in an attempt to whitewash history. This is why in Texas and a handful of other states including Tennessee, Arizona and Idaho, the intersection of truth and empathy is at risk.

The ban — a politician’s equivalent of sticking one’s fingers in one’s ears and singing “La, la, la, I can’t hear you”— first began with a bill in Idaho, when Republican governor Brad Little signed a bill that restricts educators from teaching CRT. Rhode Island introduced a bill that would restrict almost any discussion of race at all in schools. People who are against the concept contend that CRT is in itself racist, since it makes people more aware of the very real parts of our history that were sugar coated and watered down to the point where textbooks claim that not all enslaved people were unhappy. Now, CRT may be banned in other states including Tennessee, Texas, Georgia, Arkansas, South Dakota, and Arizona.

Thankfully, on TikTok, folks have been using video clips of town hall meetings where every Karen cry-screams her very best, and pairing them with their own rebuttals. And these compilations are fire.

One such TikToker makes a very astute comparison: "They didn’t want their white kids going to school with Black kids,” says user @mrferroni while showing images of white people protesting integration during the civil rights era. “Now they don't want white kids learning about Black history,” the video states, dropping the mic. It makes you wonder if these racism-deniers are aware of the similarities.

“Just because I do not want critical race theory taught to my children in school, does not mean that I'm a racist,” says an unnamed woman in user @the_savage_lokius’s clip. And following the clip, he lists just a few of America’s greatest hits, including that curriculums teaching manifest destiny hardly mention “the millions of indigenous people in wiped out in the process,” how history books romanticize the relationship between Thomas Jefferson and an enslaved minor (Sally Hemings), and other facts you would think a parent would want their children to know, since they’re true and could actually help shape a more responsible, aware, and compassionate future for them.

This hot education-flavored mess happening with the laws of the land is proof that the systems behind critical race theory exist. These lawmakers are essentially giving us a lesson in how white supremacy affects our country in real time. If politicians spent as much time trying to fix problems within their communities rather than avoiding the one ounce of empathy for someone else they could have, the world – or at least, this country — would be better for it.

More like this
An anti-vaxxer decided to come to work in blackface, comparing her "plight" to that of Rosa Parks
By Melissa Pandika
Brain scans revealed how racism weighs on Black women's health
By Sierra Carter
Amazon wants to legalize it
By Melissa Pandika
Stay up to date