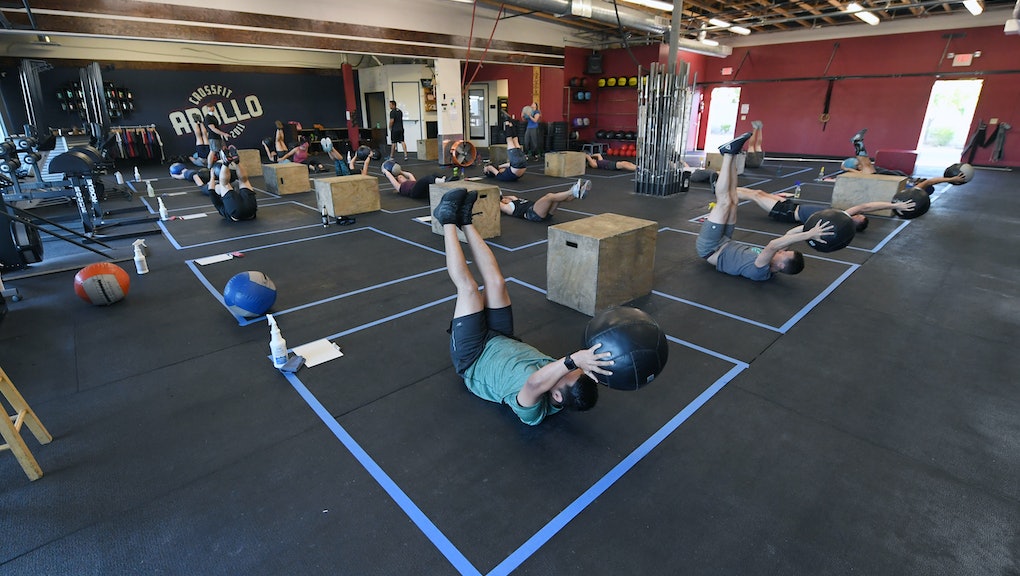 CrossFit CEO Greg Glassman and the overwhelming whiteness of his empire

CrossFit has had one hell of a week. A series of racist statements regarding the police killing of George Floyd made by founder and chief executive Greg Glassman has led to a wave of backlash, nixed partnerships, and now: his resignation.

Perhaps the most egregious comment happened during a Zoom call with private gym owners that was provided to The New York Times. Glassman reportedly said, “We’re not mourning for George Floyd, I don’t think me or any of my staff are.” Later during that call, grown-man-who-should-know-better Glassman asked, “Can you tell me why I should mourn for him? Other than it’s the ‘white’ thing to do. I get that pressure but give me another reason.”

Then, hours later, Glassman — likely thinking that being being racist in private wasn’t enough — took to Twitter to publicly display his lack of compassion, replying to a tweet from the Institute for Health Metrics and Evaluation that named racism and discrimination a public health issue. To that tweet, Glassman replied from his official account, “It’s FLOYD-19.”

That tweet, and one below it blaming the research institute for the quarantine (but not Coronavirus, for some reason) led to Reebok and gyms across the country to announce that they ended their partnership with CrossFit.

After all of this, Glassman decided to step down as figurehead of the 20-year-old fitness empire, saying “I created a rift in the CrossFit community and unintentionally hurt many of its members,” in a statement on Tuesday. His position is now occupied by longtime CrossFit executive Dave Castro. CrossFit also released a statement, saying, in part, “Exhaustion and a long history of silent grievances have been laid bare on social media. We cannot change what has happened, but we ask for forgiveness while we thoroughly examine ourselves.”

What neither Glassman nor CrossFit mention in their statements is that Glassman maintains ownership stake in the company, which means, if you use an affiliated CrossFit gym, you’re essentially fattening his pockets.

The ignorant racial comments begs one question: Are we really surprised by all of this, considering CrossFit’s reputation of being overwhelmingly unwelcoming to people of color?

Years before Glassman’s decision to step down, folks began to sniff out CrossFit’s problems with diversity — it's been a topic of conversation among my friends and colleagues for years. People of color in the Crossfit community have also been vocal about it; one prominent member, Web Smith, tweeting, “Since I am one of @CrossFit’s 22 black guys, everyone has begun asking my opinion. May hold a BET press conference.”

Also, with rumblings about the company’s hefty membership costs and injury-prone training floating around in the ether, the official CrossFit page shared a post about them by noted racist blog Stuff Black People Don’t Like that someone at the company assumed was satire. When several folks pointed out that it was in fact not haha-racist but real-racist, they took the post down, but said in a non-apology, “Thanks to the users who informed us that the blog’s author is an actual racist—a view so pathetic that it is sometimes hard to distinguish from comedy written to mock racists. We apologize if you found this offensive.”

The problem is, CrossFit: Why didn’t you find it offensive?

More like this
Peloton finally recalled their treadmills after 70 injuries and 1 death
By Tracey Anne Duncan
Mental health TikTok is vast and daunting. Here are 5 actually helpful accounts to follow
By Joseph Lamour
Those natural weight loss supplements aren't doing much, science confirms
By Tracey Anne Duncan
Stay up to date