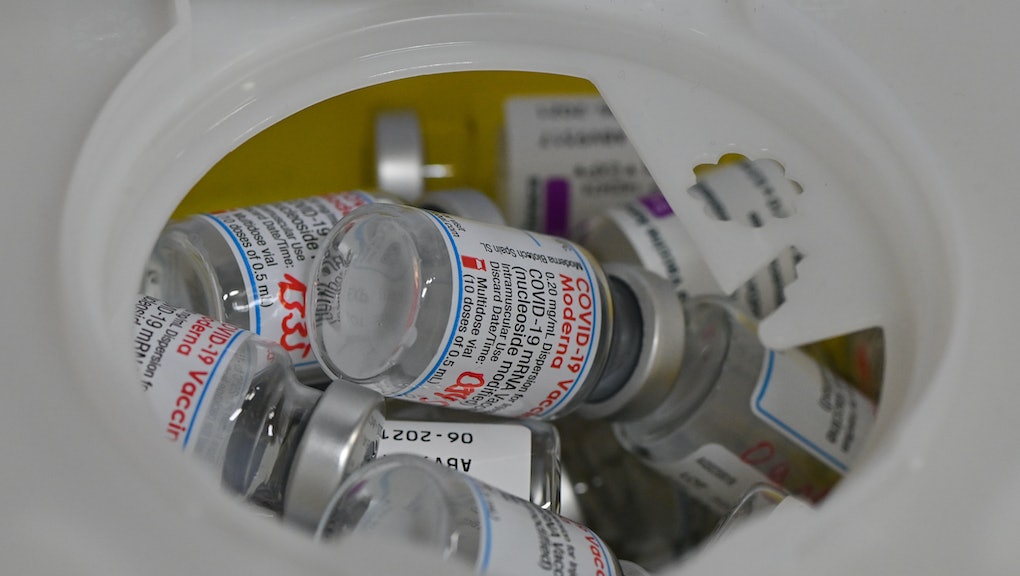 Americans have a lot to celebrate right now. It’s spring and the COVID-19 vaccine rollout is proceeding apace. But even as we move into this next new phase of life, it’s important to keep track of everything that’s gone wrong during the pandemic so we can hold leadership accountable and maybe prevent future fuck-ups like this one: A new report indicates that major pharmacies CVS and Walgreens, wasted 128,000 vaccine doses.

Government data released this morning by Kaiser Health News found that 182,874 vaccine doses went to waste between December and late March. The majority of the doses (60%) that were thrown out were Pfizer vaccines, the one some people deem the Louboutin of vaxxes What happened? Well, unfortunately, the C.D.C., who is keeping track of doses, doesn’t appear to have a great handle on that. What we do know is that CVS was responsible for nearly half of the lost doses, and Walgreens is responsible for about 21%, NBC reported.

Everyone was worried from the start that the vaccines were fragile, temperature-wise, and that the government didn’t have the systems in place that would guarantee a smooth rollout, but it turns out that these giant companies have wasted more doses than states, U.S. territories and federal agencies combined, according to the report. But the fact that it was these companies who lost or mishandled the doses doesn’t mean that the government doesn’t have a role to play in these snafus.

Even before the vaccines started rolling out, many of us were concerned that Trump’s administration wasn’t capable of making sure that Americans were vaccinated quickly and equitably. We may have been right to be suspicious. Most of these losses happened early in the rollout, and some experts think that it has a lot to do with the way that Trump relied on CVS and Walgreens to vaccinate residents and staff members of long-term nursing facilities, NBC reported. Also during this time, many people who weren’t technically eligible could have scooped up precious doses that were thawed but went unused if there had been a system in place to ensure that they didn’t go to waste.

Michael DeAngelis, a spokesperson for CVS attributed the wasted doses on "issues with transportation restrictions, limitations on redirecting unused doses, and other factors,” NBC reported. In other words, the drugstores are saying that they wasted doses because they received insufficient guidance on how to organize the rollout under Trump’s regime.

Other experts think that these major corporations were just never up to such an important task. "CVS and Walgreens didn't have a clue when it came to interacting with nursing homes," Michael Wasserman, immediate past president of the California Association of Long Term Care Medicine, told NBC. "Missed opportunities for vaccination in long-term care invariably results in deaths."

Wasserman correctly points out the saddest part about this; all those lost doses represent real human lives that could have been saved, and we won’t ever know how many people and their families were affected by the loss of those doses. On a positive note, there has been a much lower percentage of wastage under Biden’s administration, but some experts fear that we could see more doses lost in the coming weeks as states begin focusing on harder to reach populations.