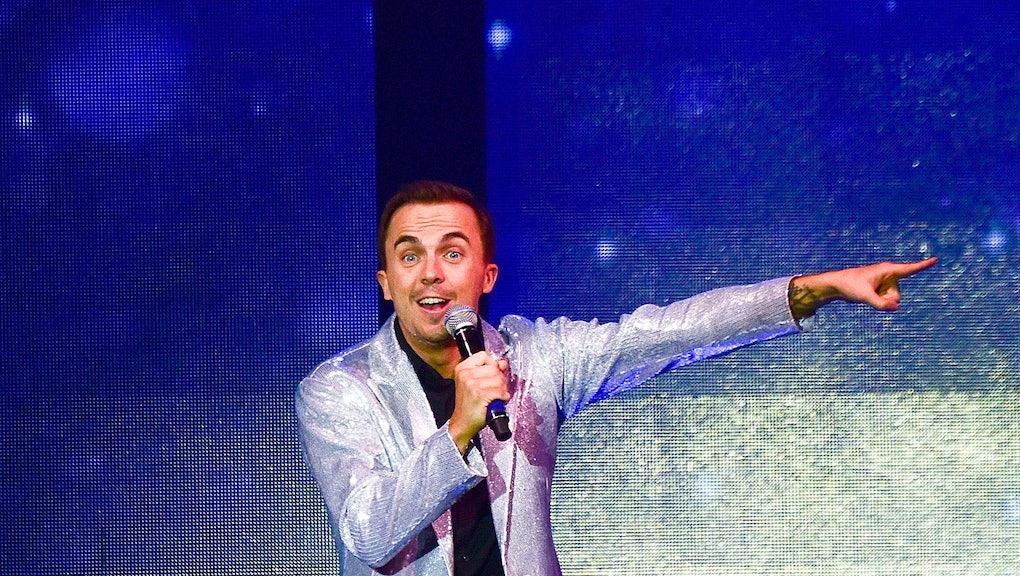 D-listers are the only good celebrities on social media

Frankie Muniz reminded me what a brilliant tweeter he is the other day. You see, the 34-year-old ex-star of Malcolm in the Middle and his wife, Paige Price, recently announced they’re having a baby. And on Tuesday, Muniz baited his followers by posting, “We have picked a name for our little boy. Take a guess… You'll never get it…” Obviously, most of the replies were what you’d expect, which set up Muniz to deliver his punchline: “No… I'm not naming my son Malcolm.”

Entire thinkpieces have been devoted to Muniz’s genius Twitter presence. It’s both sarcastically laugh-out-loud funny and filled with cringeworthy, deeply-relatable pathos. One time his kitten accidentally turned on a faucet and flooded his five-story brownstone while he was in Europe for his uncle’s funeral. He confided to fans that he can’t remember most of his years as a child star. It’s probably due to his history of “mini-strokes,” caused by a blockage of blood flow to the brain.

But you shouldn't feel sorry for Muniz. The guy retired when he was 19 with $40 million in the bank. He now spends his days driving race cars and aspires to become “the olive oil king of the USA.” (Seriously.) And the consensus is that Muniz is in on the joke. Yes, he transparently overshares like the embarrassing, aging millennial that he is. But he’s also an incredible comedian. Take the time he tweeted at Lizzo, offering to be her “purse” like a little S&M manservant, for example. That’s inspired entertainment, folks.

Anyhow, Frankie Muniz’s Very Good Twitter got me thinking about how his “normie” social media presence was kind of visionary. I mean, look at all the other celebrities jostling to seem “relatable” these days. Except, a lot of the famouses aren’t as good as he is at this game of middle-class make believe. Real people are starting to get pretty darn sick of celebrities claiming they’re just like us — while floating in an infinity pool outside their multi-million dollar mansions.

The pandemic accelerated this phenomenon. Back in the spring, when everyone was suddenly stuck inside their respective homes for the foreseeable future, it became real clear, real fast that people with money and influence were far better equipped to ride out the health crisis. And folks got justifiably angry about that. In so many ways, the pandemic has exposed the cracks in the notion that all people in America are created equal. But it’s weirdly easier to stomach that unjust reality when celebrities seem untouchable and aspirational — inhabiting a different plane where things aren’t quite as bad as they are here.

Unfortunately, I don’t think the trend of “celebrity overshare” is going anywhere anytime soon. Thanks to technology, we have more access to famous people than ever. Just look at the popularity of apps like Cameo, for example, where you can pay Snoop Dogg $750 to wish you happy birthday. Or the rise of Only Fans, the platform where sex workers and celebrities alike sell paid subscriptions to their more intimate content. Entertainers and influencers know the key to fame and riches is selling yourself to the public, bit by bit. Technology has made it incredibly easy and lucrative to do so.

That being said, I hope A-listers will stop striving for mundane, performative normalcy in their social media missives. Except for Tom Hanks. He can keep posting lost gloves on the ‘gram forever and ever, to infinity and beyond, in my humble opinion. The rest of the big stars should stick to doing things like showing off an entire closet stacked with rainbow-colored Birkin bags, a la Cardi B. And then turn around and donate a million dollars directly to fans affected by coronavirus, as the famous rapper did in April.

There's an exception to the insufferable “normal” celebrity rule: D-listers who amassed cultural clout for whatever reason but are now kind of irrelevant. Their platforms become spaces for mundane discourse, and the result can be really meaningful. When I surveyed the Mic staff for formerly-famous social media savants, my editor pointed me towards Smash Mouth. I mean, these guys haven’t had a hit since 2001. But just the other day, the band threw its weight behind union efforts to secure “just cause” protections for BuzzFeed News employees. It’s the sort of human connection fostered by digital technology that we love to see.

You know another thing that’s pure and good in our weird world? Frankie Muniz tweeting about his Creed CDs. May he never quit.