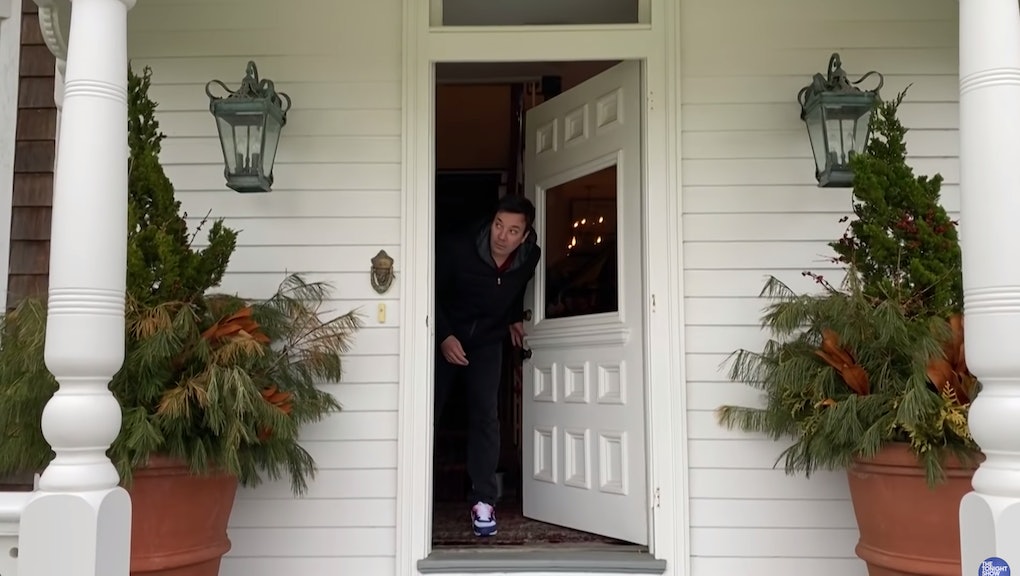 Self-quarantining looks a lot different if you're a celebrity

Anybody who cares about being a responsible global citizen is staying home right now — including most celebrities (except for Evangeline Lilly... but that's another story). Since people started practicing social distancing, tons of creative livestreaming has popped up online to help folks stay connected at a time when so many feel isolated.

All week, actors and musicians have been performing for fans in their homes and studios, hosting livestreams on their Instagrams, and otherwise trying to find ways to boost morale. Most of the late night TV show hosts are recording episodes from their abodes via Facetime.

This could be the new normal for quite a while, which is a crazy thing to think about. But there's also something really charming about the slapdash, homespun quality a lot of entertainment has necessarily taken on in the last week... ten days... fortnight? Who knows what day it is anymore... Anyway, it's reassuring to check in with famous faces at a time like this. It's a reminder that we're all figuring this pandemic thing out together, one day at a time.

The other cool thing about the livestreaming boom wrought by coronavirus is that we're getting a look inside so, so many celebrities' homes right now. It's kind of thrilling, no?

Jimmy Fallon has been taking things to the next level with his "At Home Editions" of The Tonight Show. The first two videos featured his kids, his wife and his dog — a female golden retriever named Gary. They're delightful, with Fallon playing the beleaguered father who just wants to do his job while the kids do everything in their power to distract him. It's a clever ruse, but this is a man who gets paid to play for a living. Fallon (and his fam) are having a grand old time!

Oh yeah, these kids have a freakin' slide in their house! They're perhaps the luckiest children on planet Earth.

But then there was the "Imagine" video, brainchild of "Wonder Woman" Gal Gadot... All I wanna say about that is: I hope celebrities do more to help people during the pandemic than film themselves singing songs by The Beatles. Many stars have stepped up already. The, er, wacky medley did bestow the world with some choice visuals, however.

Stay safe, healthy and sane out there, everybody.