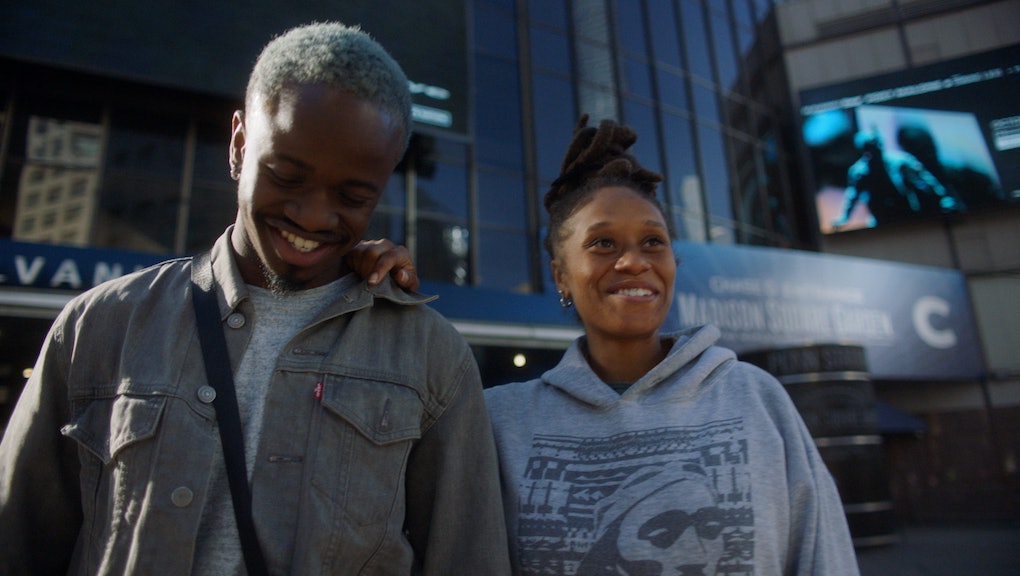 Courtesy of United We Dream

On Monday, immigrant youth coalition United We Dream filed a historic amicus brief with the Supreme Court in response to the forthcoming decision on the Delayed Action for Child Arrivals (DACA) program. The organization, which represents 50 immigrant rights organizations who also signed on in support, submitted a series of biographic videos depicting the lives of 27 DACA recipients in an effort to compel the high court to protect the program.

The videos are part of a larger campaign fighting against President Trump’s attempts to end the program, which would leave hundreds of thousands of people who arrived in the U.S. as children with an uncertain future and without essential documentation like work authorization forms and social security numbers. Those legal provisions have allowed DACA recipients to pursue college degrees, join the workforce, and access public programs.

President Obama instituted DACA by executive order in 2012. The program “has created life-changing opportunities for hundreds of thousands of promising young people. DACA has allowed them to lead fuller and more vibrant lives, including by seizing opportunities to advance their education, furthering their careers, providing critical help to their families, and giving back to their communities,” United We Dream’s amicus brief states. “Able to make use of the basic building blocks of a productive life — a Social Security number, work authorization, or driver’s license, for example — DACA recipients have thrived.”

The case will be heard before the Supreme Court on Nov. 12, and United We Dream hopes that by compiling the stories of the people whose futures are at stake, the court may be compelled to save the program from termination. Right now, DACA recipients who were enrolled before Trump announced its end are still eligible for its legal protections and may continue to submit renewal applications as needed. But no new applications have been accepted since the administration announced its intent to end the program in 2017, and if the Supreme Court decides that it is in fact lawful to end DACA, even those individuals currently under its protection will lose their legal shield.

“These 27 immigrant young people, who are bravely sharing their story for the justices, represent the vast diversity of immigrant youth. Some are business owners, some are teachers, students, physicians, and parents,” José Alonso Muñoz, the national communications manager for United We Dream, told Mic in an email. “Each of these 27 stories, like each of the hundreds of thousands of undocumented young people with and without DACA in this country, are diverse and unique, but for all of them, home is here.”

United We Dream’s Home is Here campaign is the first time in the Supreme Court’s history that an amicus brief, which is a statement to the court provided by a third-party with testimony that is relevant to the case, has been filed in video form.

“As a queer, immigrant, woman of color living in a border state under Trump’s administration, DACA has been the only relief to the constant fear of deportation,” says Yazmin Irazoqui Ruiz, a DACA recipient from Albuquerque, New Mexico. “DACA has also given me the opportunity to pursue higher education and achieve my dream of becoming a physician. Without DACA, I will not be able to practice as a physician despite graduating from medical school this coming spring.”

All of the immigrants featured in the United We Dream videos have powerful ties to their communities, as well as aspirations based on their lives in the U.S. There’s Manny, a musician who was born in Nigeria but who has built his career out of his home in Maryland. Angelica, who immigrated to the U.S. from Mexico when she was 11, is a mother of five in Oklahoma and an entrepreneur and small business advocate. Sana, a Pakistani Muslim woman who resides in New York, has been able to provide for her family thanks to her DACA status.

“We want to make sure we're educating the justices and the public about immigrant youth, the transformational effect DACA has had on the lives of recipients, and the consequences of what would happen if the program were ended,” Munoz says. “Our home is here. They need to understand what that means, and these videos will help provide a glimpse into the complexities of our lives.”

More like this
It appears once again that the Democrats are willing to tank their whole agenda because of "rules"
By Rafi Schwartz
Vaccines are good. Threatening to evict someone over them is not
By Rafi Schwartz
After 9/11, the U.S. leaned into security theater. Here's how that's playing out 20 years later
By Vanessa Taylor
Stay up to date