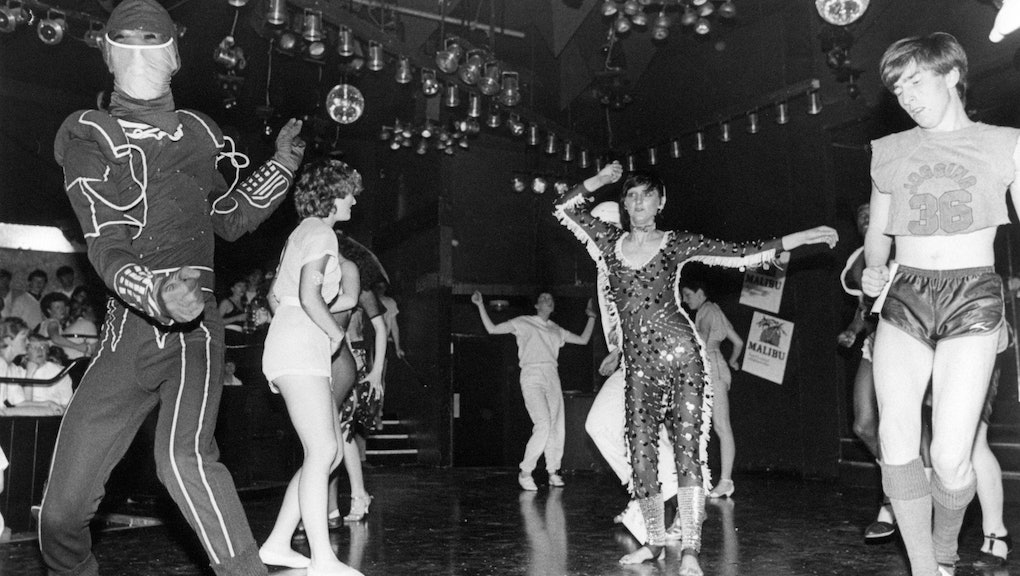 Dancing alone in my apartment is something close to freedom

Isolation breeds strange behavior. A delirious playfulness spurred by the fact that there’s no one around to see how weird you can get. Think of Tom Hanks’s character in Cast Away befriending a volleyball. The coronavirus pandemic has pushed us all into one bizarre form of isolation or another. Some with partners they only just met, others with roommates, pets, children, or parents. Some, like me, entirely by themselves.

With total isolation, there are dramatic moments of despair. Moments when your own sense of helplessness congeals into something god-awful and inescapable. Those moments tend to come without warning or reason. Midway through a cup of coffee and suddenly it hits. What if I’m alone forever? Thankfully, online platforms like Zoom and Instagram Live have become surrogates for the types of social interactions curbed as a result of the social distancing measures put in place to stop the spread of the virus. In some ways, people are more connected than ever thanks to being self-isolated. Legendary hip-hop producers have made required viewing out of their remote bragging sessions. People are calling each other on the phone in record numbers. I’ve attended at least one writing seminar on Zoom.

But with solitude comes a concern that’s less social and entirely physical, maybe even spiritual. Writing in The New York Times, critic Gia Kourlas connects our new socially distant world to the contemplative practice of dance. She cites the dancer Steve Paxon, who says “dance refocuses our focusing mind on very basic existence, and time, space, gravity open up to creativity. This seems to me a reminder of nature, of our natures.”

Never have I been more aware of my body, and hence myself, than under quarantine. Where the outside world offers ample opportunity to hide, spending this much time alone has forced the opposite. At first, I met this new acquaintance (myself) with disgust. Imperfections dominated my view. Over time, though, an unfamiliar but welcome comfort developed. I became much more attracted to myself. The type of attraction I imagine couples who stay together their entire lives have. Insecurities that existed in the pre-pandemic world began to melt. For example, I’ve always been a rather meek dancer. Without the help of inebriants, I find myself lumbering, clumsy, and awkward. I'd seek refuge in smoke-filled clubs where anonymity offers a reprieve from internal criticism. The rare moment when I could achieve something close to freedom.

But now, I find myself dancing like a complete fool in my living room, liberated by the absence of eyeballs.

“There is so much we cannot control, but we always have control over ourselves and our bodies — which I think really fills one with a sense of power. It's physical of course, but it's also mental, spiritual, emotional,” Eva Alt, a New York-based ballet instructor who has been teaching her open-level course online since the onset of the lockdown, says. “I'm finding the discipline of dance and its strengthening of my corporeal connection extremely comforting right now.”

Netflix and board games and stuff like that is fine, but at the end of the day we're physical beings

It’s true that online dance classes have flourished in the pandemic, as people become stir-crazy in either cramped or lonely dwellings. The aptly named Dance Church is an open-level class started by Kate Wallich in Seattle that has branches around the country. Unlike most traditional dance classes, Wallich describes an atmosphere more akin to a nightclub, with participants told to face in opposing directions, and where the instructor is positioned in the middle of the studio.

Like most classes of its kind, Dance Church has moved online.

“In-person you roll up and you’re dancing in a room with 150 people. You get this sense of body and community,” Wallich says. “When we were looking to move this digitally we wanted to make sure we could capture that sense of community.”

Wallich credits social media with helping recreate the communal dance experience her class is known for. The number of dancers streaming Dance Church has reached the thousands since they began a little over a month ago.

“Even before all of this, I think that a lot people were disconnected from their bodies without knowing it,” she says. “Now more than ever I think people are feeling that disconnect viscerally because they are confined at home. I think that dance holds a lot of power for people in this current situation.”

The experience of taking a live streamed dance class brings the bodily attention of dance into the private realm of our homes. There are, of course, spatial concerns — dressers, tables, and chairs all stand to get knocked over — but the experience of dancing in one's home has the potential to be revelatory.

Luz Guzman, a dance and fitness instructor based in the Bronx, has been teaching vogue classes on Instagram Live since the pandemic started. She says staying at home during the pandemic has been particularly difficult, not just for people used to an active lifestyle, but people used to moving around through the course of their daily lives.

"Netflix and board games and stuff like that is fine, but at the end of the day we're physical beings," she explains "So anybody, not just dancers, are super affected by being at home. Dancing is probably the most therapeutic thing you can do during a quarantine."

On a recent evening I found myself in the grips of pandemic despair. I was overwhelmed with doubt that a country which routinely makes life inordinately and unnecessarily difficult for so many people when there isn't an invisible virus lurking in the air could somehow course correct in this crisis, with this president. I decided to put on a record in order to drown out my sense of pessimism. Before I knew it, my feet started to shuffle, and my arms began to wave. In the midst of it all, appreciating the fact that you have a body that can move and shake and gyrate is sometimes the best you can do.