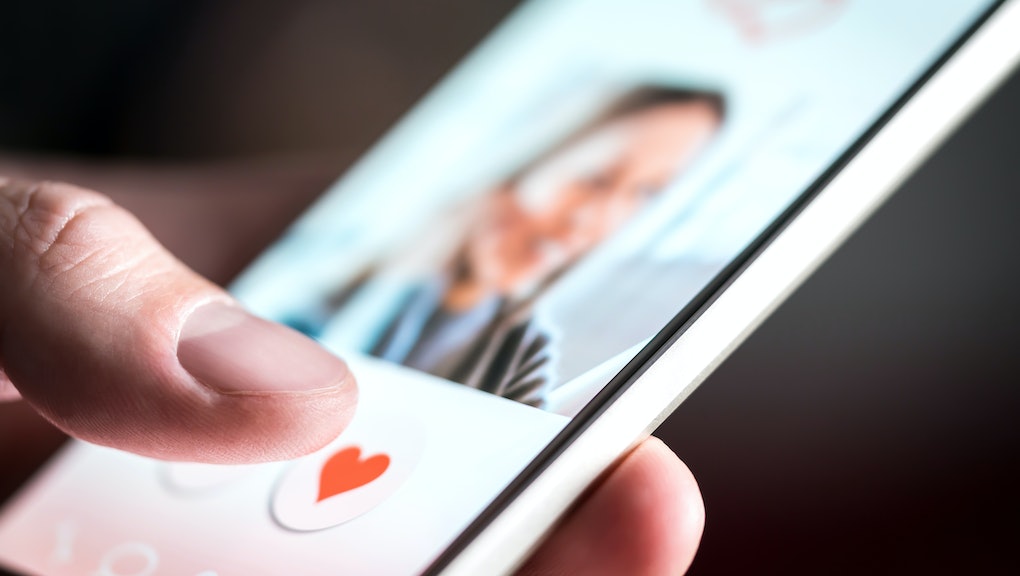 Dating apps stoked my anxiety — so I quit them altogether

A few weeks ago, I made the executive decision to quit using dating apps. And it’s been wonderful. In psychotherapy — where, for five years, I’ve worked through anxiety and a panic disorder, as well as depression — I’ve learned that you actually have tons of control over what goes on in your life. Yes, life can bring you unfortunate circumstances that, despite your best efforts, adversely impacting your well being. But generally speaking, it’s up to you to fill your life with people, work, and activities that help generate a positive, healthy state of mind.

You can take that route, or you can supply your brain with stuff that makes you feel like crap. I can’t imagine I’m alone here, but using dating apps was making me feel like crap.

The problem wasn’t so much that I’d go on bad dates, time and again; most of the women I saw were perfectly fine people, with manners and varied but satisfactory degrees of awareness. If the dates didn’t amount to much it just was due to a lack of “connection,” typically. However, the process I had to subject myself to just to go on a date was what wore me down, and definitely exacerbated my anxiety — the anxiety I continue to pay money to treat.

I don’t think I fit into the stereotype of the guy who just swipes right on everyone, but I’ll be honest, I swiped right on (or “hearted” or messaged or whatever) the overwhelming majority of women I found at least somewhat attractive on the apps. My thought process was that you don’t really get to know anyone until you at least get to message with them a bit, so I was working to get to that stage, and take it from there. But that really started to mess with my head, because each right swipe that didn’t end in a match felt like a mini rejection. It was like death by a thousand cuts.

I recognize such a takeaway could have been due to my own self-esteem issues or just my brain chemistry that triggers depression. But the longer I live, the more people I run into who say that everyone is self-conscious. So feeling rejected by right swipes devoid of results reads to me as pretty universal.

Furthermore, I don’t think I’m the most gorgeous guy in the world, but I know I’m not unattractive. I do feel I present way better in person, and one recent date of mine told me I’m much more attractive IRL than in my pictures. Not matching with someone after long stretches of swiping made me feel worse about how I look and, even more stupidly, resentful of camera technology, as I ostensibly thought to myself, Why can’t I get a good picture that will make women like me on a smartphone dating app? Can’t the camera see how attractive I am?

And the mindfuck didn’t end there, because when people delete dating apps off their phones, their profile doesn’t necessarily disappear in a timely manner. So what’s perceived as rejection could veritably be that the 38-year-old, fit, atheist brunette on the Upper East Side named Abby — a photographer who likes museums, Breaking Bad and, amazingly, The Honeymooners — might be super into me if she hadn’t taken a break from the app, or just recently deleted it from her phone without deleting her profile. Without this information, I’m basically fraught with thoughts about how she thinks I’m undateable.

All of that is torture totally separate from the excruciatingly long waits between text messages on the apps — if I even got one in the first place because, as I believe, many people are just using the apps as a de facto social media platform to get “likes,” to feed their dopamine addiction, without responding to match messages. Anticipating a reply generated more anxiety for me, to say nothing of the impact of an outright “ghosting,” as we all become quite quite disposable, thanks to this technology. So I deleted the apps.

These days, I try and put myself in more social situations where I might meet someone in person, cutting out the demoralizing digital middleman. (It is ironic, however, to think that I got on the apps, presumably like most people, because they seemed to make it easier to meet people.)

Real-life socializing in search of a prospective partner gets me out of the house, if nothing else. Health-wise, that’s much better for me — a freelance writer who works from home — to begin with, whether or not I meet “the one” out in the world on a particular night. So I’ll go to comedy shows, birthday parties for friends of friends, networking happy hours, and movie nights in the park.

It hasn’t resulted in a first date quite just yet, but at least I’m not spoon-feeding my anxiety with tiny rejections from a million Abbys.

More like this
Tinder for anti-vaxxers is my actual nightmare
By Melissa Pandika
Can't bear to be in a relationship right now? Blame de-cuffing season
By Suzannah Weiss
Is serial monogamy really that bad?
By Melissa Pandika
Stay up to date