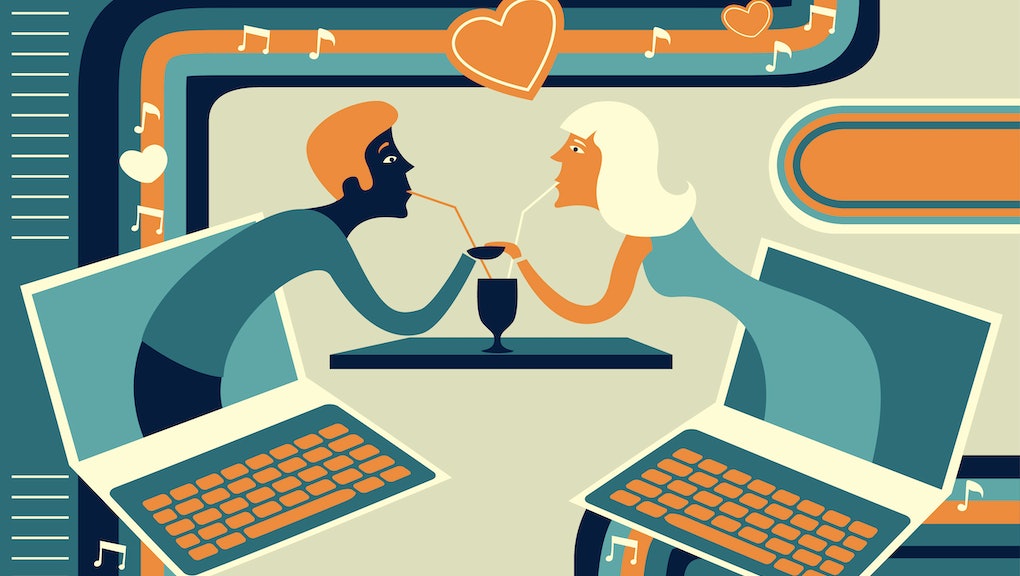 Dating during quarantine might make us better at choosing a partner

I am, generally, a pretty contented single person. My last long term relationship ended almost three years ago and since then I have had a delightful array of casual encounters, romantic friendships, and a few inevitable bad romances. Although time and experience have made me wary of monogamy and cohabitation, I always assumed that I would bond with someone again in some unconventional way eventually. But this *sigh* lengthy quarantine has made the prospect of being in a relationship simultaneously more appealing and also more confusing. As I consider diving back into the real-life dating pool, I wonder: What will dating even be like after coronavirus?

“Once we come out of social distancing, no doubt there will be plenty of dating,” says Gail Saltz, associate professor of psychiatry at the NY Presbyterian Hospital Weill-Cornell School of medicine and host of the “Personology” podcast. Saltz thinks that the kind of relationships we are forming now via distance platforms and the fact that we will probably have to continue to intermittently distance in the near future, has some interesting romantic potential.

This time of having less physical access to people may also help some of us (ahem) become more skillful at choosing romantic partners.

“On the plus side, it’s forced a lot of talking and really getting to know each other,” she says. “On the downside, it does leave some mystery as to physical chemistry, although at least part of physical chemistry is about emotional connection and intimacy.” So, the relationships we form during quarantine might lack that "bone-me-now" urgency, but they could be upping the ante when it comes to emotional intimacy.

This time of having less physical access to people may also help some of us (ahem) become more skillful at choosing romantic partners. “You can lean into your other screening tools,” says Heather Shannon, a sex and relationship therapist in Chicago. Whether we realize it or not, we might be gaining more skill at expressing ourselves and in understanding others without the distraction of sexual chemistry.

Shannon says that the effects of this will likely seep into our post-quarantine experiences, and we may start asking ourselves more effective questions about potential mates — like whether we genuinely enjoy their company and have shared values. Learning to ask these questions now could really pay off. “It's an opportunity to become a more well-rounded screener of dating applicants,” Shannon says.

Although some of us may miss hot first date hook ups, doing the real emotional work of getting to know people before we slide into bed with them may improve our future relationships. “People are going to be prioritizing companionship more since physical contact is necessarily de-emphasized,” says Shannon. “That can lead to some better long-term relationship success rates. Friendship is what underlies the best romances.” So, slowing down the dating process could actually be a pretty shiny silver lining to this pandemic.

Gestures that seemed a little Victorian a few months ago are becoming exciting again. “The charming getting-to-know-you elements of first dates — when sexual intimacy may not be on the table — often involve myriad simple firsts such as hugs, holding hands, or kissing,” says Carla Marie Manly, a Sonoma, California-based psychologist. Manly says we are all going to have to think harder about these first moments that a lot of us take for granted and that the space created around those decisions is where new kinds of romance and excitement become possible.

I’ve had some memorable nameless make-outs on crowded dance floors, all of which seem dangerously decadent right now, and potentially impossible in the future.

And this is probably a whole other story, but hook-up culture will change for the foreseeable future. That part sucks. I’m not always a fan, but let’s be honest, anonymity can be pretty hot. I’ve had some memorable nameless makeouts on crowded dance floors, all of which seem dangerously decadent right now, and potentially impossible in the future.

Those experiences aren’t impossible as we start to venture back out into the world, Manly says, but they definitely have higher risk factors. And it is going to be up to each of us to decide what it is that we really want out of our romantic lives and what we are willing to risk to have it. “There will be hook-ups,” Manly says, “But for those who choose to move forward conscientiously, the quality of dating may actually be improved.”

More like this
Tattoos and COVID-19 vaccine: How long do I need to wait?
By Melissa Pandika
What does alcohol do to your skin?
By Tawny Lara
Didn’t get enough sleep? Here's how to survive the day, according to doctors
By Tracey Anne Duncan
Stay up to date