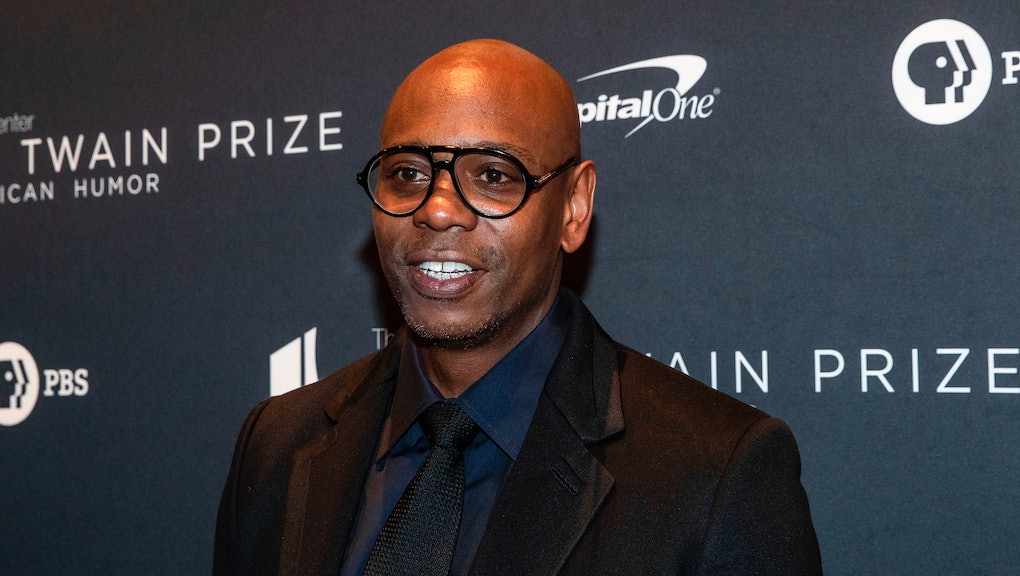 It’s been a tumultuous few months for Dave Chappelle and the streaming industry. At the beginning of November, his star-making sketch comedy series Chappelle’s Show became available to stream on Netflix. But within a few weeks, Chappelle lobbied for the show to be removed from the platform, since his original contract with Comedy Central didn’t grant him rights to the show, let alone any streaming royalties. Netflix obliged, with HBO Max and CBS All Access following suit. On Friday, Chappelle announced that his landmark show has returned to Netflix.

In a ten-minute video posted to Instagram called “Redemption Song,” Chappelle unpacked the Capitol riot’s racial dynamics with gravitas — and not without an on-brand barb about pronouns — before getting to the announcement. Then, he turned his attention to the campaign to get Chappelle’s Show removed from streaming platforms — first aimed at his fans to boycott the show, then to streaming executives:

“I never asked Comedy Central for anything. If you remember, I said, ‘I’m going to my real boss’ and I came to you, because I know where my power lies. I asked you to stop watching the show and thank God almighty for you, you did. You made that show worthless, because without your eyes it’s nothing. And when you stopped watching it, they called me. And I got my name back, and I got my license back, and I got my show back, and they paid me millions of dollars. Thank you very much.”

Chappelle thanks Ted Sarandos, CEO of Netflix, “who had the courage to take my show off his platform, at financial detriment to his company, just because I asked.” He also mentions Ted McCarthy at CBS/Viacom, for attempting to right the company’s past wrongs.

Much like when a highly paid athlete enters a contract dispute with ownership, the Chappelle contract fight could be viewed through that same myopic lens. Guy’s on a deal with Netflix in the tens of millions — which was likely the key bargaining chip for getting the platform to pull Chappelle’s Show — and ranks among the most successful working stand-ups, so why does he need the extra royalties? He certainly doesn’t need them to survive, nor does he have any incentive to boost a parent company that’s allegedly offered next-to-nothing in royalties since he left the show.

The dynamic becomes a bit clearer, once you dig a bit deeper: vampiric networks are always coaxing younger artists into agreements that are technically legal but nonetheless exploitative, and more of a short-term fix. While much of Chappelle’s ire was directed at Comedy Central, for giving him a “raw deal” back in the early aughts, he has a similar enough bone to pick with HBO, which rejected his show pitch before landing at Comedy Central. Here’s how he described the HBO meeting in an Instagram video last year:

Chappelle’s contract certainly can’t be the only old cable deal to exploit its creators, without any provisions for streaming royalties, since they weren’t an industry factor until as recently as a decade ago. It’s only fair that Chappelle call attention to the dispute and gain what’s rightly his, and hope that other stars in his position have the same luck in upending poisonous old deals.