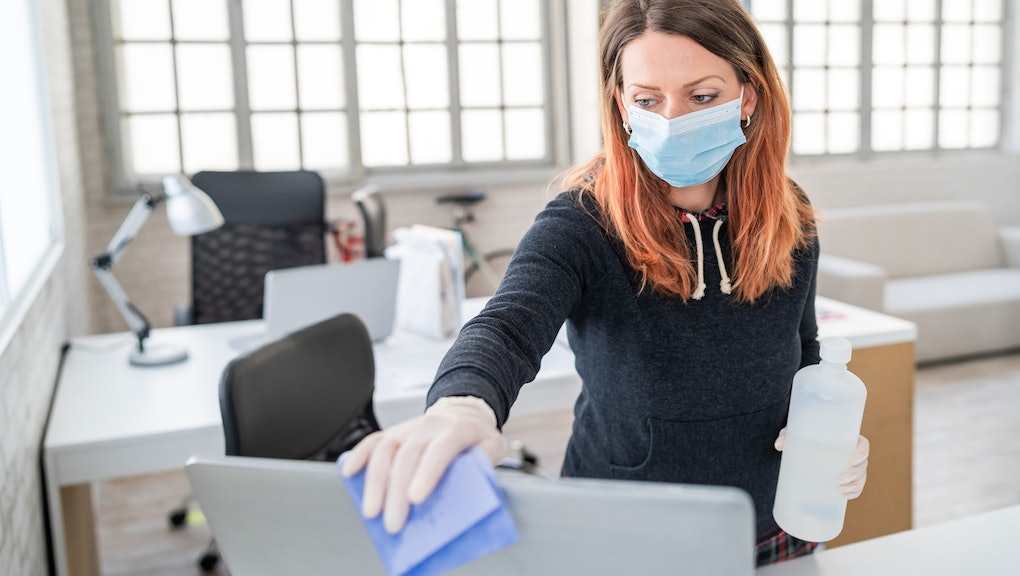 Deep cleaning doesn't do much to fight coronavirus, science confirms

In the U.S., we have been trying to learn about the novel coronavirus at warp speed. But because scientific understanding takes both time and also trial and error, over the course of the pandemic we’ve gotten advice from scientists and public health officials that seemed accurate in one moment and turned out not to be. We are collectively confused. A few months ago, it seemed like obsessively cleaning everything could be the way to defeat this viral enemy, but now scientists have found that surface transmission of COVID-19 is low, and that what we really need to do is stay away from each other.

“In my opinion, a lot of time, energy. and money is being wasted on surface disinfection and, more importantly, diverting attention and resources away from preventing airborne transmission,” Kevin Fennelly, a respiratory infection specialist with the United States National Institutes of Health (NIH) told the New York Times. Fennelly is concerned that many cities have been focusing their efforts to contain COVID-19 on easily observable cleaning measures, such as shutting down the subway for disinfection, that are less effective and more expensive than the social distancing that might actually save lives.

The dictate to stay socially distant is obviously not novel, but the emphasis on distance as our most potent weapon against the virus may feel a little newish. That’s because when the pandemic began, we just didn’t know a lot about COVID-19. When scientists discovered last winter that the virus could stay alive on some surfaces for up to three days, the World Health Organization (WHO) advised us that surface transmission was a major risk factor, The New York Times reported. Back then, public health officials the world over deemphasized the danger of aerosol transmission.

It has become clear that the virus’s primary mode of transmission is respiratory droplets and that those droplets can move through the air in small particles that can stick around in poorly ventilated spaces for hours. This is pretty universally accepted as scientific fact, and yet we still keep cleaning surfaces and gathering in public. Corporate franchises like Planet Fitness boast slogans like, “there’s no surface we won’t sanitize.”

These public displays of sanitation are being called, “performative cleaning,” or “hygiene theater,” but this catchy phrasing does not convey how dangerous these practices could actually be in terms of lives lost. Some of the chemicals that we are using to clean could be more dangerous than the virus, and perhaps more importantly, as Fennelly noted, the emphasis on cleaning is giving us busy work that keeps us distracted from the fact that what we actually need to do is mask up and stay out of public indoor spaces.

It’s not that cleaning the subway is bad, per say. It’s just that we can’t actually afford to put more money into efforts that give people a false sense of safety instead of investing in things that actually keep people safe. “My point is not to relax, but rather to focus on what matters and what works,” Emanuel Goldman, a microbiology professor at Rutgers New Jersey Medical School, told the Atlantic. “Masks, social distancing, and moving activities outdoors. That’s it. That’s how we protect ourselves. That’s how we beat this thing.”