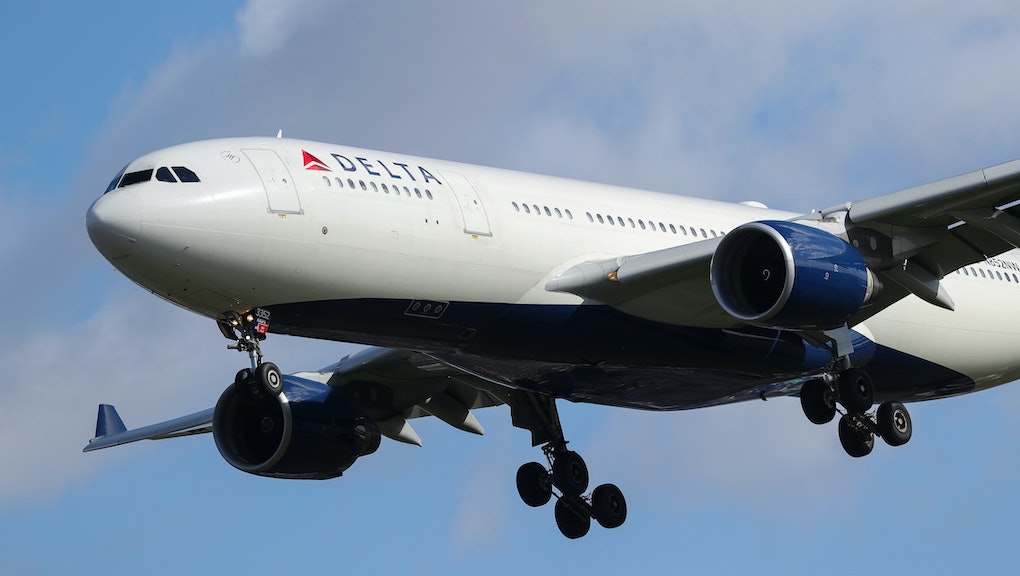 For many Muslims, facing discrimination at the airport is a part of traveling. You prepare for it the same way you remember to pack your wallet and ID. One airline is now facing consequences, though. The U.S. Department of Transportation hit Delta with a $50,000 fine for "discriminatory conduct" towards Muslim passengers.

On Friday, the DOT released a consent order stating Delta violated the law "when it removed and denied re-boarding" to three Muslims. Both of the incidents included within the order occurred in 2016.

The first, in July, involved a married Muslim couple who boarded a flight in Paris to return to Cincinnati, Ohio. The wife was wearing a hijab. A passenger told a flight attendant that the couple made her "very uncomfortable" and described them as "fidgety, nervous, and sweating."

As a result, the couple was removed from the plane for additional vetting and were later denied re-boarding by the captain. The order states that if it wasn't for the couple's "perceived religion, Delta would not have removed or denied them re-boarding."

If the first incident wasn't bad enough, the second one followed only five days later. This time, it involved a Muslim man boarding a flight from Amsterdam to New York City. Other passengers at the departing gate told Delta officials that the man made "significant eye contact" with and was possibly handed a package by someone of a similar ethnicity.

The First Officer examined the cabin upon the captain's request and "observed nothing remarkable." Still, the captain returned to the gate after beginning departure because "the flight attendants expressed, without any intervening incident, that they remained uncomfortable."

Although Delta disagrees with the DOT's finding of discriminatory practice, it's not hard to see. The fear and discomfort projected at Muslims on Delta's flights, by both other passengers and its staff, comes from the same place that leads to the Department of Homeland Security detaining Iranians at the border or President Trump's extension of his infamous Muslim ban.

It all relies on the notion that Muslims are inherently threatening. That's why Muslims are suspicious for using the word "Allah" or having the audacity to speak with someone who looks of a "similar ethnicity."

Over the past few years, Islamophobia has continued to rise within the United States. The Council on American-Islamic Relations reported that the most common locations for an anti-Muslim incident in 2017 were air, bus, or train terminals, largely due to the Muslim ban.

Given that Delta's operating revenue hit $47 billion in 2019, the DOT's $50,000 fine probably doesn't hurt much. In addition to a fine, Delta will have to provide cultural-sensitivity training to all staff and crew members involved in the incidents.

More like this
Vaccines are good. Threatening to evict someone over them is not
By Rafi Schwartz
After 9/11, the U.S. leaned into security theater. Here's how that's playing out 20 years later
By Vanessa Taylor
Brain scans revealed how racism weighs on Black women's health
By Sierra Carter
Stay up to date