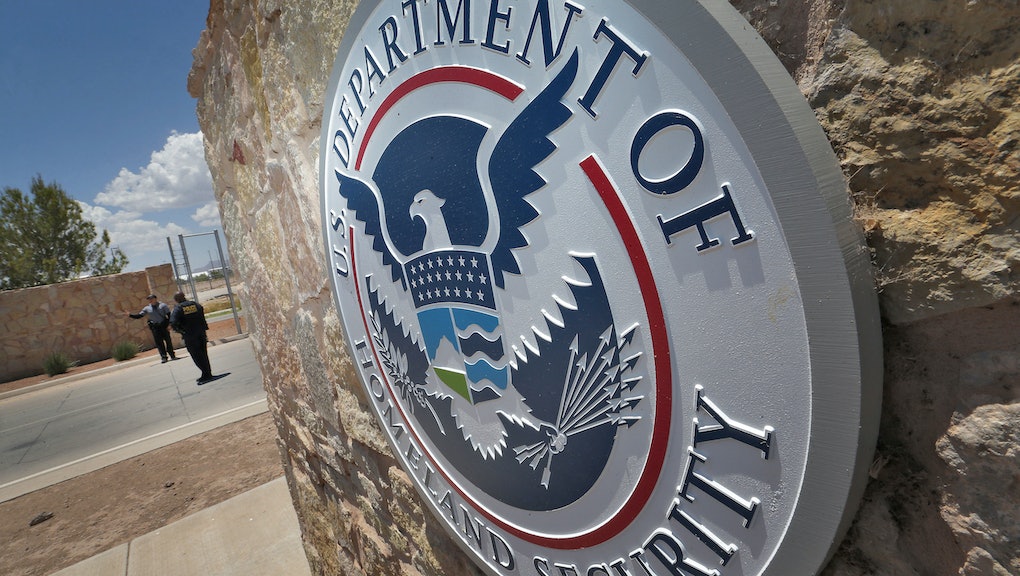 Iranian-Americans are reportedly being detained at the U.S. border after Soleimani killing

Following a U.S. airstrike that killed Iranian Gen, Qassem Soleimani, many expressed concerns over what escalating tensions would mean for Iranians and Muslims in the United States. Some of those fears were realized Sunday after Iranians reported being detained and questioned at the border. Although U.S. Customs and Border Protection denies the reports, this wouldn't be the first time that Muslims were targeted by officials.

More than 60 people reported being held for questioning when attempting to enter the U.S. via the Peace Arch Border Crossing in Blaine, Washington. U.S. citizens were among those detained and reported having their passports confiscated.

"U.S. Customs and Border Protection nationally have been ordered to detain and 'report' all Iranians entering the country deemed potentially suspicious or adversarial regardless of citizenship status," tweeted Hoda Katebi, who issued a press release alongside the Council on American-Islamic Relations, a Muslim civil rights and advocacy organization.

Border Patrol reportedly held people for over 11 hours. While detained, they were questioned about their political views, allegiances, and more. One person, Mona Zabihian, told Quartz, "They wanted to know the names of all my immediate family members, their birthdates, their location, and their occupation. They asked when was the last time I visited Iran.”

While concerning, these type of reports come as no surprise after President Trump's Muslim ban. This infamous executive order went into full effect in December 2017 and placed stringent travel restrictions on people from mostly Muslim-majority countries. The seven countries included in the ban were North Korea, Venezuela, Syria, Libya, Yemen, Somalia, and Iran.

Although Trump's ban was repeatedly challenged and even halted by federal judges, it has continued to have a huge impact. Due to the travel ban, the number of immigrant visas issued to citizens of Muslim-majority countries included within the ban dropped significantly.

In response to reports, CBP claimed that the posts describing the agency detaining Iranians because of their country of origin were "false." CBP also denied being directed by the Department of Homeland Security to do so.

"This is false," Abed A. Ayoub, the national legal and policy director of the American-Arab Anti-Discrimination Committee tweeted about CBP's denial. "I got a message from a CBP officer who states they were explicitly told [to] detain and question Iranians, regardless of citizenship."

These reports of Iranians being detained by CBP must be read within the full context of U.S.-Iran relations, which date back long before the global War on Terror and include several attempts at destabilizing the country. For example, U.S. intelligence agencies helped orchestrate a coup to oust Mohammad Mosaddegh, the elected prime minister of Iran, in 1953.

It's likely that CBP will continue trying to deny the reports. However, the agency has repeatedly made headlines for its Islamophobia, particularly during this administration. Since Trump took office, CAIR reported that Islamophobic incidents involving CBP officials increased by over 1,000 percent.

Still, uncertainty may reign for the time being — and that's just as big an issue. "These reports are extremely troubling and potentially constitute illegal detentions of United States citizens," Masih Fouladi, executive director of CAIR Washington, said. "We are working to verify reports of a broad nationwide directive to detain Iranian-Americans at ports of entry, so that we can provide community members with accurate travel guidance.”

More like this
The protests in Cuba are about much more than the current economic crisis
By Vanessa Taylor
The U.N.'s human rights chief just called for reparations on a global scale
By Vanessa Taylor
Trump kept a Gitmo prisoner detained for 5 extra years. Biden has finally freed him
By Rafi Schwartz
Stay up to date