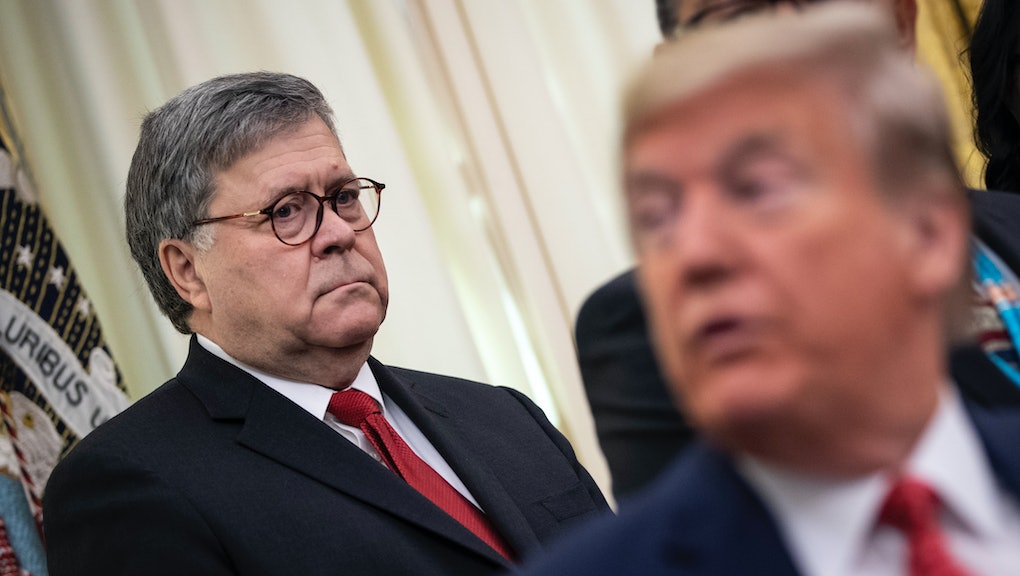 House Democrats filed a lawsuit against Attorney General William Barr and Commerce Secretary Wilbur Ross after they refused to respond to a subpoena related to a citizenship question on the 2020 Census. The House Oversight and Reform Committee filed the lawsuit Tuesday, a day after a federal judge ruled that former White House counsel Don McGahn is not exempt from testifying during impeachment proceedings. CNBC reported that the committee wants Barr and Ross to produce documents related to a failed initiative to include a question about citizenship on the upcoming census.

“Their unlawful withholding of information is injuring the committee in carrying out two critical constitutional functions: conducting effective oversight of the executive branch and its officials, who have provided false testimony to Congress and misled Congress and the American public; and determining whether legislation is necessary, potentially on an emergency basis, to ensure the integrity of the 2020 Census,” the plaintiffs wrote in the 85-page lawsuit.

Barr and Ross were held in contempt in July after they refused to share the papers, according to The Hill. Democrats believe the documents contain details that will prove Ross was lying when he said the citizenship question would allow the government to enforce the Voting Rights Act. A memo penned by Maloney in early November asserts the contents of the documents “go to the heart of the committee’s investigative interests.”

President Trump supported Barr and Ross and cited executive privilege in withholding the documents. The lawsuit claims the administration “identified no valid privilege that would justify their refusal to comply.”

Rep. Carolyn Maloney (D-N.Y.), the chairwoman of the committee, said she believes this is another instance of the White House skirting the law. “President Trump and his aides are not above the law,” Maloney said in a statement. “They cannot be allowed to disregard and degrade the authority of Congress to fulfill our core constitutional legislative and oversight responsibilities.”

The citizenship question was struck down in June after the Supreme Court ruled against its inclusion. Maloney's aforementioned memo argued that the Trump administration “may have been trying to stop immigrants from being counted in the census or in legislative districts, which one Republican operative concluded would be ‘advantageous to Republicans and non-Hispanic whites.’”

The lawsuit also accused Ross of lying about the motivation behind the question.

"Secretary Ross provided false testimony under oath to multiple committees of Congress, mispresented to the American people the reasons for his attempt to add the citizenship questions, and then attempted to continue that false narrative when his actions were challenged in federal court," the complaint read. "The committee has an undeniable interest in understanding the origins and extent of that dishonesty in order to redress the harm it has caused."