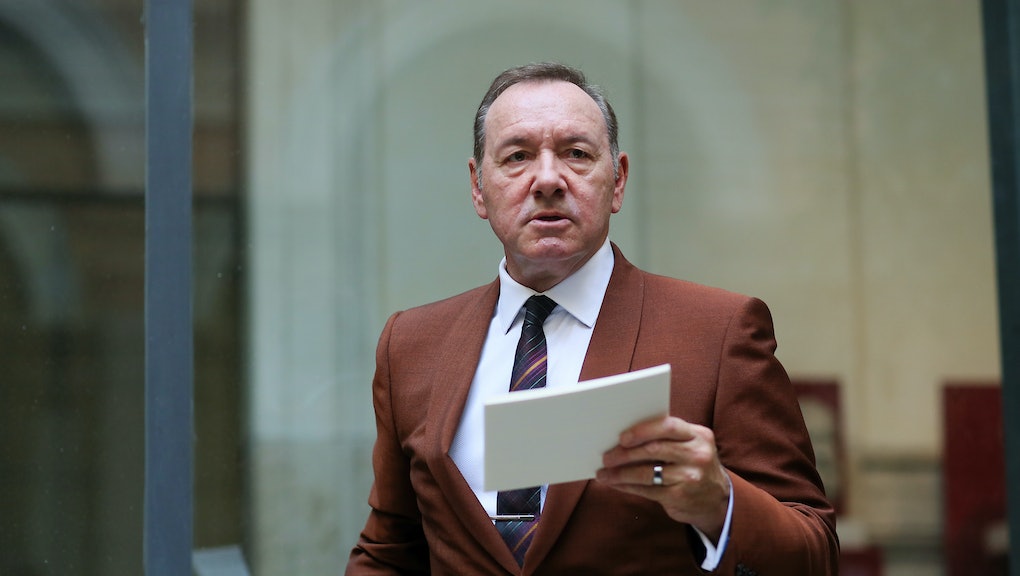 Kevin Spacey, who has faced accusations of sexual harassment and assault, settled with one of his accusers on December 30. According to Variety, Spacey settled with the estate of an unnamed man who died of cancer in September 2019. The accuser was a massage therapist who alleged that during an October 2016 session, the actor forcibly made inappropriate sexual advances.

Initially, a federal court date was set for June of this year, but after Spacey’s accuser passed away, his lawyers dropped the suit. Each side will pay its own legal fees, and any other terms reached have not been disclosed. “Mr. Spacey paid no money to the plaintiff,” Jennifer Keller, a lawyer for Spacey, told the New York Times. “The plaintiff wished to dismiss the case and we stipulated to the dismissal to speed things up. What you see in the stipulation is all there is to see. Any reports to the contrary are false.”

After the massage therapist’s death, the Los Angeles District Attorney’s office, which was tasked with investigating the case, also dropped its inquiry. Two other massage therapists who were going to be called to testify against Spacey also dropped their lawsuits. Another man who accused Spacey of inappropriate conduct, Ari Behn, died by suicide on December 26th. Behn was a writer and the former husband of Norwegian Princess Martha Louise.

In a video posted to his social media on Christmas day titled “KTWK,” Spacey addressed viewers in character as Frank Underwood, from the Netflix series House of Cards. Spacey was fired from the show in 2017, after multiple allegations of misconduct, including one from actor Anthony Rapp in which Rapp accused Spacey of touching him inappropriately when he was 14 years old, surfaced.

"I know what you're thinking, Can he be serious? I'm dead serious,” Spacey says, using the southern drawl his character Frank Underwood was known for. "The next time someone does something you don't like, you can go on the attack. But you can also hold your fire and do the unexpected. You can...kill them with kindness."

In the video, Spacey is sitting by a fireplace in a chunky sweater, stoking the flames occasionally as he says he’s “got his health back.” It seems like Spacey is trying to rehabilitate his image by invoking what was his most popular character. It’s not the first time he’s posted such a video. On Christmas Eve in 2018, he posted a video titled “Let me be Frank,” which had many of the same elements of this most recent video. He stayed in character as Underwood as he told viewers that “what we have is too powerful.”

Combined, the videos have over five million views.

More like this
The first frustrating roadblock in Marilyn Manson’s sexual assault lawsuit is here
By Chloe Stillwell
How many times must victims relive their trauma in the Larry Nassar case?
By Chloe Stillwell
Steve from 'Blue's Clues' gave us the closure we didn't know we needed
By Kara Weisenstein
Stay up to date