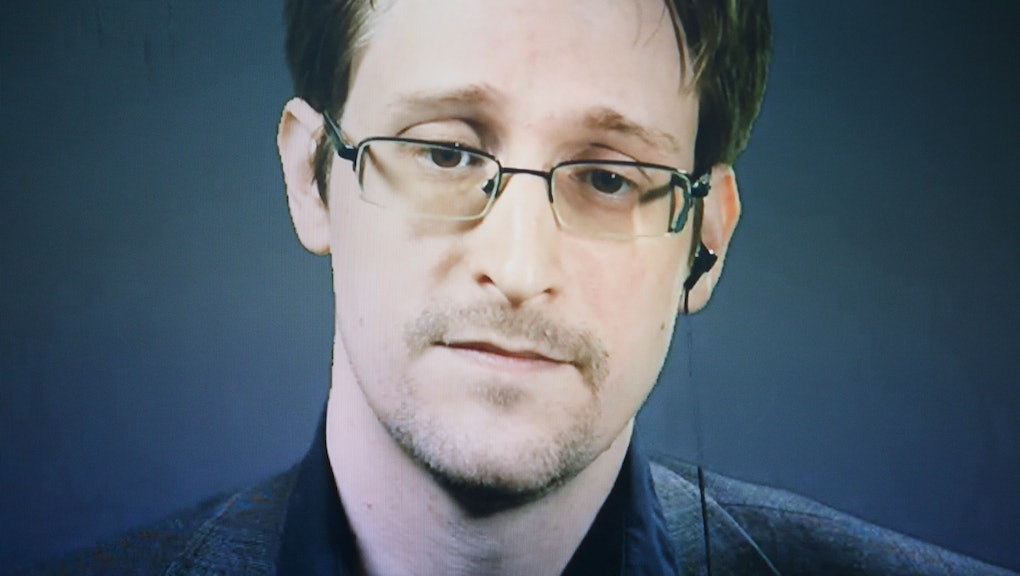 Did we learn anything new from Joe Rogan's interview with Ed Snowden?

Early on in the Joe Rogan interview of Edward Snowden, the whistleblower says that he doesn’t really care for major network interviews because his answers are forced to be too short. So it makes sense that none of Snowden’s answers to Rogan were brief — which Snowden acknowledged when he called the interview a “marathon.” Snowden had a lot to say about national security, power, and the state of the world today, years after he became a whistleblower that leaked tons of classified information out into the world.

Snowden shared that many of Rogan’s fans had been tweeting at Snowden for years, begging him to go on a podcast — now that it’s arrived, have we learned anything new in the hours-long interview?

Well for starters, Snowden doesn’t think that the government is hiding aliens.

“I know, Joe, I know you want there to be aliens," Snowden said. "If we are hiding them — I had ridiculous access to the networks of the NSA, CIA, military, all these groups — I couldn't find anything. If it's hidden, and it could be hidden, it's hidden really damn well especially for people on the inside."

That’s a bummer for the Area 51 crowd but also, extraterrestrial affairs don’t seem to be high on the list of priorities for Snowden. Other than that discussion about aliens, there wasn’t much new territory covered. He’s more interested in how the office of the President, in this administration and in previous ones — are utilizing their power. And that’s a conversation he’s been having for years. Even given hundreds of minutes and plenty of space by Rogan to talk at length about the current state of affairs, much of the interview remained in the past.

“In 2012, what I realized is, this is what real-world conspiracies look like,” Snowden says, of his decision to leak. “It doesn’t have to be smoking men behind closed doors, it’s lawyers and politicians, it’s ordinary people from the working level to the management level who go: ‘If we don’t explain this in a certain way, we’re all going to lose our jobs.’”

The interview was also a promotion for Snowden’s new book, Permanent Record, an autobiography about his life and what inspired his decision to leak information from the National Security Agency while he was a CIA subcontractor. The thesis of Snowden’s existence as perhaps the most famous whistleblower in modern history comes when he says, “If they were truly just keeping us safe, why wouldn’t they simply just tell us that?”

Not new information, but certainly a question that has never been answered.